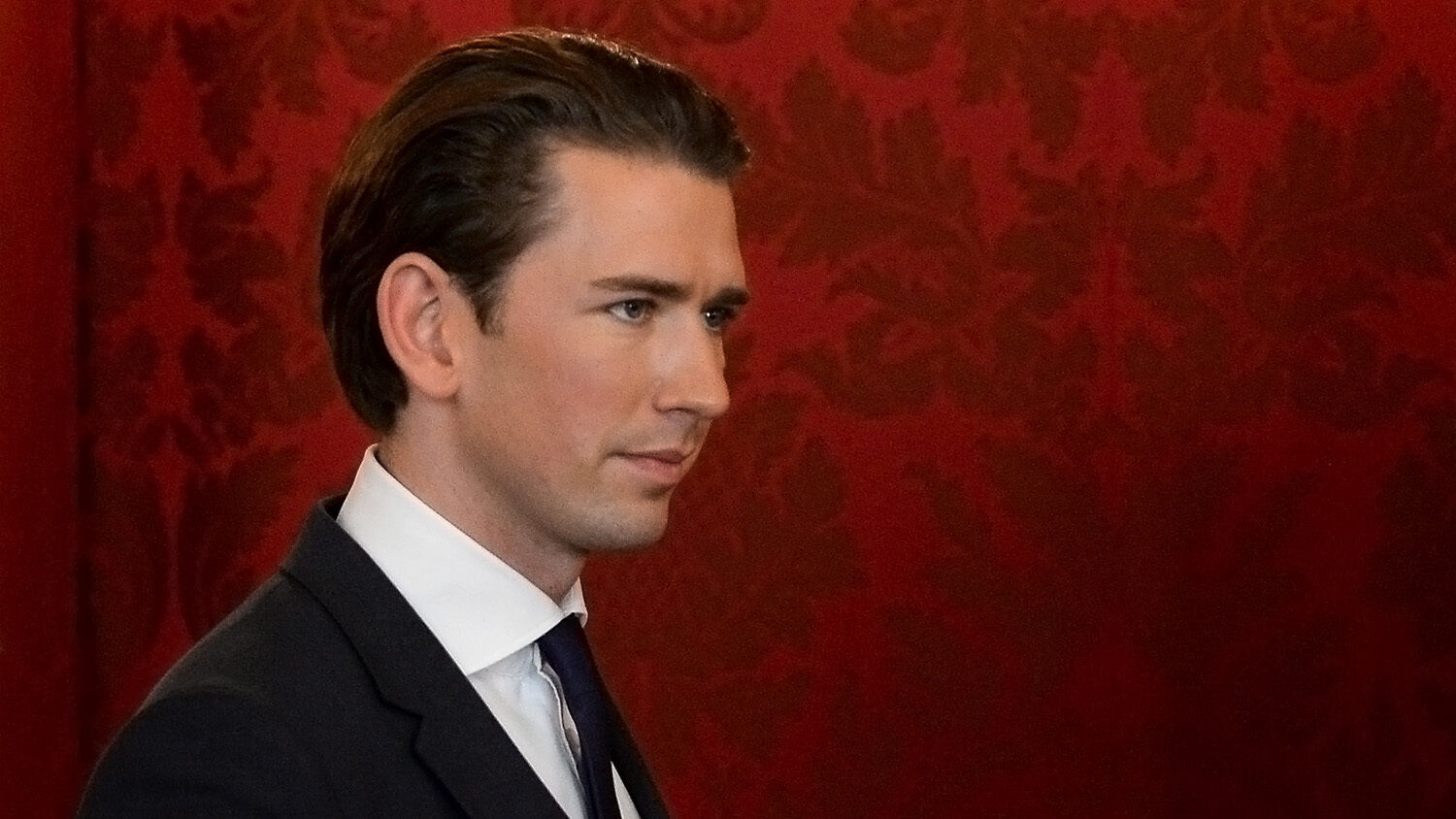 Austrian Chancellor-elect Sebastian Kurz is seeking the guidance of the Catholic Church.

With the election of Sebastian Kurz, Austria is now led by a practicing Catholic for the first time in years. The Christian news media is thrilled. Austrian website kath.net proudly declared, “With Kurz, a believing Catholic becomes chancellor” (Trumpet translation throughout). On November 9, the British Catholic Herald headlined, “Sebastian Kurz—Europe’s Christian Chancellor.”

Kurz enjoys the support of Austria’s Catholic population, as well that of high-ranking Catholic priests and cardinals. He is forging new alliances in Eastern Europe, where his connections with the Vatican will prove crucial.

Kurz makes no secret of his faith. He attended the “March for Jesus” in 2016 and thus avoided the much more popular homosexual parade that occurred on the same day in Vienna. On election day, he told Austrian newspaper, Krone, “I visited the Sunday mass in my baptistery in Gatterhölzl,” where he prayed that day.

In February, Kurz explained to the Wiener Kirchenzeitung the role his faith plays in his personal life:

Faith plays an important role for me. Due to my job, I have, unfortunately, very seldom enough time to attend mass, but attending on holidays together with my family is very important for me. Faith and Christian values were also always important in my parents’ home.

Not only is Kurz’s private life characterized by his faith, it also influences his political decision-making. The Catholic Herald reported that he likes to surround himself with a team of practicing Christians and he meets regularly with Christian authorities.

On election day, he tweeted: “It is always an honor for me to exchange with @KardinalWien Christoph Schönborn. Many thanks again for the opportunity today!”

Kurz told Swiss website Jesus.ch that he sought a priest’s counsel when dealing with the migrant crisis during his time as foreign minister. Kurz’s actions ended up stopping the flow of refugees through the Balkans in February 2016, which limited the influx of refugees into Germany and Eastern Europe. German Chancellor Angela Merkel opposed his actions, calling them antihumanitarian. But Kurz believed his actions aligned with his Catholic faith.

He also told Jesus.ch that he seeks to live every day by the counsel from a priest who told him: “As a human being, one must never lose one’s compassion for one’s neighbor.” Kurz added: “As a politician, one must, however, never lose sight of reality. And what one should always preserve as a politician is the determination to make the necessary decisions, even if they are difficult.”

Vienna’s Cardinal Schönborn, who is seen as a possible successor to Pope Francis, shares these views and has urged Europe to develop a common strategy to stop the flow of migrants. On the 333rd anniversary of the Battle of Vienna, Schönborn warned about “a third attempt at an Islamic conquest of Europe” if Europeans don’t return to their “Christian roots” (read about Schönborn’s view on how to solve the refugee crisis here).

The European people like strong leadership, particularly when those leaders claim Christian values. The Austrian people want a strong stance against refugees, but they don’t want to be seen as xenophobic. Voting for a practicing Catholic who understands their fears was, for most, the obvious choice. The Catholic Herald noted:

Eighty percent of the electorate went to the polls on October 15 in a country that, as of 2016, was 60 percent Catholic (a further 10 percent were either Orthodox or Protestant Christians).

The results show that Kurz’s conservative Austrian People’s Party (övp) won 31.5 percent of the vote. In second and third place, almost neck and neck, came the Social Democrats (spö) and the Freedom Party (fpö). This suggests that a large number of Christians not only voted for Kurz, but also for the more right-wing fpö, with which the chancellor-to-be is currently in coalition talks.

Although religion doesn’t play a major role in the people’s personal life, they use it to differentiate themselves from the incoming Muslims. This approach is not only popular with the domestic population, but also among East European leaders. In “A Religious Revival in Europe?” theTrumpet.com assistant managing editor Richard Palmer noted:

As thousands of Muslims have arrived every year, bringing their religion with them and setting up numerous mosques, European leaders have shifted their rhetoric away from strict secularism and have begun to emphasize how Christian their nations are.

Hungarian Prime Minister Viktor Orbán was one of the earliest to take this route. In May 2015, he said flatly, “I think we have a right to decide that we do not want a large number of Muslim people in our country.”

“Let us not forget, however, that those arriving have been raised in another religion and represent a radically different culture,” he wrote in Frankfurter Allgemeine Zeitung. “Most of them are not Christians, but Muslims. This is an important question, because Europe and European identity is rooted in Christianity” (Sept. 3, 2015).

Slovakian Prime Minister Robert Fico expressed similar views, saying in May 2016, “I do not want to see a Muslim community in Slovakia. … We do not want to change the traditions of this country, which are built on the Christian tradition.” Leaders in the Czech Republic, as well as in Poland, warned that the refugee crisis is one of the greatest threats to their countries.

Knowing Austria’s historic role, late educator Herbert W. Armstrong predicted that it would again play a crucial role in uniting Eastern and Western Europe. Austria did not act alone historically; it was motivated by its alliance with a great religious power: the Catholic Church. (Request your free copy of The Holy Roman Empire in Prophecy for more details.) Historically, the Catholic Church was heavily involved in uniting Eastern and Western Europe. Mr. Armstrong’s newsmagazine the Plain Truth wrote that the same would be true at the final resurrection of the Holy Roman Empire:

In order for the Vatican to use Austria as a mediator, the country needs a “Christian chancellor.” Austria has found one in Sebastian Kurz, and thus the unification project can begin. Throughout the centuries, a vital ingredient for European unity has been that of a common religion. But every time the heritage of a Catholic faith united Eastern and Western Europe, it was also at the demise of those of different faiths.

Listen to “Germany and the Ten Kings” for a detailed overview of the prophecies that foretell that coming unification.