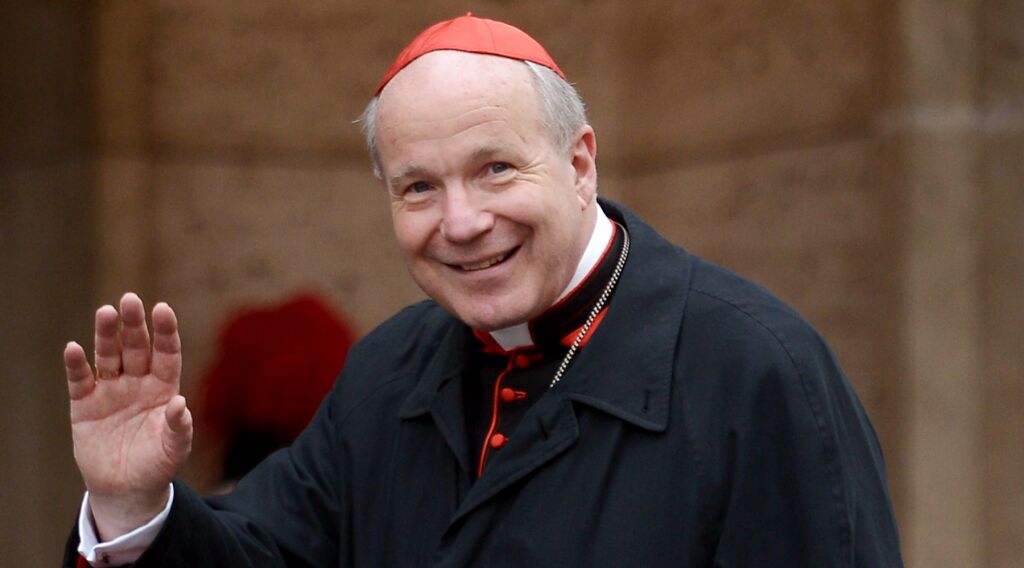 The ‘spiritual son’ of Pope Emeritus Benedict XVI is calling for a European solution to the migrant crisis.

Cardinal Christoph Schönborn, archbishop of Vienna, admitted on Austrian television last Friday that he was rethinking his stance on the migrant crisis. During a Christmas discussion program with Evangelical Lutheran Bishop Michael Bünker, the archbishop said an “unbelievable number” of migrants are causing a “feeling of overcrowding” in Austrian society. The cardinal pointed to the rise of the anti-immigrant Austrian Freedom Party as a sign that the “country is worried” and said he’s no longer convinced that Austria should accept all refugees.

Instead, he stated that Europe needs to develop a common strategy to support nations in Africa and the Middle East so migrants can live peaceably in their own homeland. In the December 23 discussion, Cardinal Schönborn said (Trumpet translation throughout):

Sure, in the beginning, I also said, with [German Chancellor] Angela Merkel: “We can do it!” And many important experts in Austria said, “We can do it!” … We then realized that there is another dimension, and we need common European plans; we need more help on the ground. In the meantime, I believe this is clear: We cannot accommodate all refugees. We must first see that they can find and live in their homeland again.

Bünker agreed with Schönborn and added that terrorism was both a cause and consequence of the migrant crisis.

“Now it is very strongly claimed: Refugees bring terrorism,” said Bünker. “At the same time, one must also say that terrorism brings refugees! Most people on the run are fleeing precisely from this kind of terrorism, which we now have experienced in Nice and Berlin. I am thinking of the Christian communities in Syria, where many have fled the country because they have come between the fronts and become victims of terrorism.”

While Cardinal Schönborn and Bishop Bünker were vague about what steps Europeans should take to make it possible for migrants to “live in their homeland again,” they both agreed that the long-term solution to the migrant crisis was a united European response to the turmoil currently gripping Africa and the Middle East.

These remarks carry added significance due to the high-profile status of Cardinal Schönborn within the Roman Catholic Church. Vatican watchers have called Schönborn the “spiritual son” of Pope Emeritus Benedict xvi and indicated that he has a realistic chance of becoming the next pope. As a member of the Austrian noble family of Schönborn-Buchheim-Wolfstahl, he has deep connections to the aristocracy of the old Holy Roman Empire. In 2011, he conducted the funeral service for Otto von Habsburg, the last crown prince of Austria-Hungary.

Last September, Schönborn spoke on the 333rd anniversary of the Battle of Vienna, when a Habsburg emperor defended Vienna from an invading force of Ottoman Turks. He used this occasion to warn about “a third attempt at an Islamic conquest of Europe” if Europeans don’t return to their “Christian roots.”

The idea that a united Europe should fight against Islamic terrorism so that migrants can “live in their homeland again” heralds the fulfillment of two Bible prophecies that the Philadelphia Trumpet has proclaimed for over two decades.

The first prophecy, recorded in Daniel 11:40, shows that Jesus Christ’s Second Coming will be precipitated by a colossal clash of civilizations. The scripture reads, “And at the time of the end shall the king of the southpush at him: and the king of the north shall come against him like a whirlwind, with chariots, and with horsemen, and with many ships; and he shall enter into the countries, and shall overflow and pass over.”

In his free booklet The King of the South, Trumpet editor in chief Gerald Flurry explains that the king of the south refers to radical Islam led by Iran. The king of the north is a German-led superstate now being built in Europe that will operate under the overarching influence of the Catholic Church.

The key word in Daniel 11:40 is push, which in Hebrew means to gore, thrust at or wage war. The king of the south will goad the king of the north into war and be destroyed in a blitzkrieg-style invasion.

The second prophecy, recorded in Psalm 83, shows that the end-time Assyrians will make an alliance with the Edomites, Ishmaelites, Moabites, Ammonites, Gebalites, Hagarenes and others to destroy the nations of Israel. As Mr. Flurry explains in The King of the South, this is an end-time prophecy about Germany allying with a confederation of anti-Iranian Arabic and Turkish regimes in a bid to destroy end-time Israel, particularly America, Britain and the Jewish state. This confederation won’t fully form until after the king of the south has been destroyed.

Schönborn and Bünker highlighted the need for Europe to deal with the problem of radical Islamic terrorism before it can solve the migrant crisis in a way that will allow Germany to maintain a working relationship with pro-European Arabic and Turkish regimes across the Middle East. While this might sound positive, the Bible makes plain that this alliance will ultimately wreak staggering devastation on the nations of end-time Israel in the time just before Jesus Christ’s return.

To understand these world-changing prophecies, study The King of the South booklet for yourself.