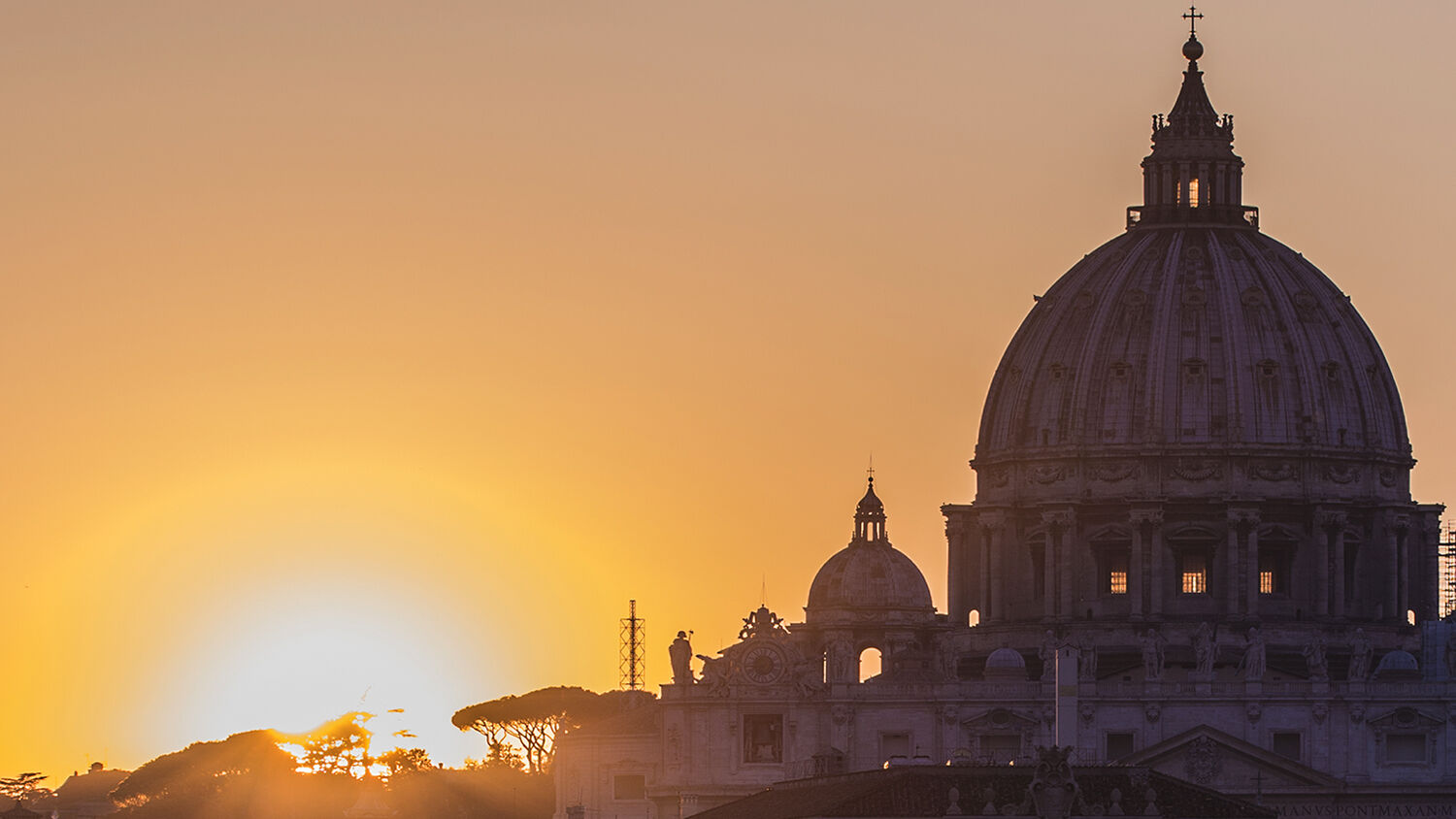 ‘So for the future, I think the Catholic Church has to play a very important role ….’ –Cardinal Reinhard Marx

From October 27 to 29, hundreds of Catholics and politicians gathered to discuss the problems and the future of Europe. They called the event “(Re)Thinking Europe.” Among the many speakers—which included Pope Francis himself—there emerged a theme: Religion is still essential to Europe.

The meeting was held to mark 60 years after the Treaty of Rome. That document joined together six countries that had fought each other for centuries, creating the European Economic Community. It’s a document the Trumpet has long been interested in. As it was being signed, Herbert W. Armstrong told readers of the Plain Truth that the Community would eventually become a political union and then a military union. How? Through the guidance of the Catholic Church.

The fact that religious leaders believe religion is important is hardly shocking news. But the importance here lies in how seriously high-level politicians take this approach.

There were 350 participants from the 28 European Union countries, among them bishops, academics, ambassadors—including the pope himself.

Participants of (Re)Thinking Europe coming from every corner of the continent, now here at the mass in Saint Peter Church. #eu60dialogue pic.twitter.com/VSUdzzbDXN

Archbishop Paul Gallagher, who is the Vatican’s secretary for relations with the states, relished the fact that “religion” is no longer a forbidden subject in European politics. “The days when you could say ‘We don’t do religion’ are over,” Gallagher said. Mairead McGuinness, vice president of the European Parliament, agrees: “So if we both, political and church, are concerned, then we surely have the capacity between us to make [Europe] better. This is what it’s about.”

This is a notion that doesn’t hold water if you were to cross the English Channel and reach Britain. One only needs to recall the resignation of Tim Farron as the leader of the Liberal Democrats in June. “A better, wiser person than me may have been able to deal with this more successfully, to have remained faithful to Christ while leading a political party in the current environment,” Farron told the press. “To be a political leader—especially of a progressive, liberal party in 2017—and to live as a committed Christian, to hold faithfully to the Bible’s teaching, has felt impossible for me.”

Britain doesn’t have its history intertwined with the Catholic religion like the European continent does. The ocean and distance gave it a certain independence, culminating with an official break with the Catholic Church nearly 500 years ago. (That is just one of the reasons why the Trumpet accurately forecast Britain leaving the EU.)

In contrast, the European continent couldn’t imagine its history without the Catholic Church. And despite the optimism of secularists in the past decades, it has been unable to escape its influence. This was one of the key ideas of the conference, especially as described by the influential Cardinal Reinhard Marx.

Marx is the archbishop of Munich and the most powerful cardinal in Germany. At the conference, Marx discussed the idea sociologists were predicting a few decades ago that “religion would disappear” from society. “That was the common conviction of many sociologists and politicians, that society will progress and religion will disappear; secularism,” he said. “[T]hat’s not the case.”

“So for the future, I think the Catholic Church has to play a very important role to find ways of dialogue, ways of relating to this religion, which is very important for the 21st century and Europe,” he said.

In the middle of the conference, Pope Francis delivered his address, acknowledging both Cardinal Marx’s presence and ideas. In regard to the societal upheavals and secularism of the 1960s, Francis said “Europe has a kind of memory deficit. To become once more a solidary community means rediscovering the value of our own past” (emphasis added). Remember, these are the words of the man who received the Charlemagne Prize for European unity only last year. Of course, to Pope Francis, that past is a Catholic past and that means looking to Catholic examples. He said:

In our day, Christians are called to revitalize Europe and to revive its conscience, not by occupying spaces, but by generating processes capable of awakening new energies in society. This is exactly what Saint Benedict did. It was not by chance that Paul vi proclaimed him the patron of Europe.

Mr. Armstrong forecast that the Treaty of Rome would lead to a politically and militarily unified Europe. He spoke of the scoffers who had ridiculed his prophecy in the decades before: They had to take his message seriously once the treaty was signed. Even more so when it became the Maastricht Treaty in 1992, and then the Lisbon Treaty in 2009. But the Union right now is precarious. The glue, as he wrote in a 1961 Plain Truth, would have to be religion: “The pope will step in as the supreme unifying authority—the only one that can finally unite the differing nations of Europe.”

In 1967, he repeated the same prophecy in a personal letter to his readers:

Everywhere today there are efforts to unite! The nations of Europe are trying desperately to unite as one political-military government. The Common Market is the preliminary to it. But the civil leaders will finally have to ask the pope to step in and unite them, and become their head, as well as the head of the Catholic Church.

So when Catholics and politicians convene to talk about the future of Europe and say the Catholic Church “has to play a very important role,” history and prophecy show they mean it. For more on these trends, see the article from our booklet He Was Right titled “The ‘Holy’ in the Holy Roman Empire.”