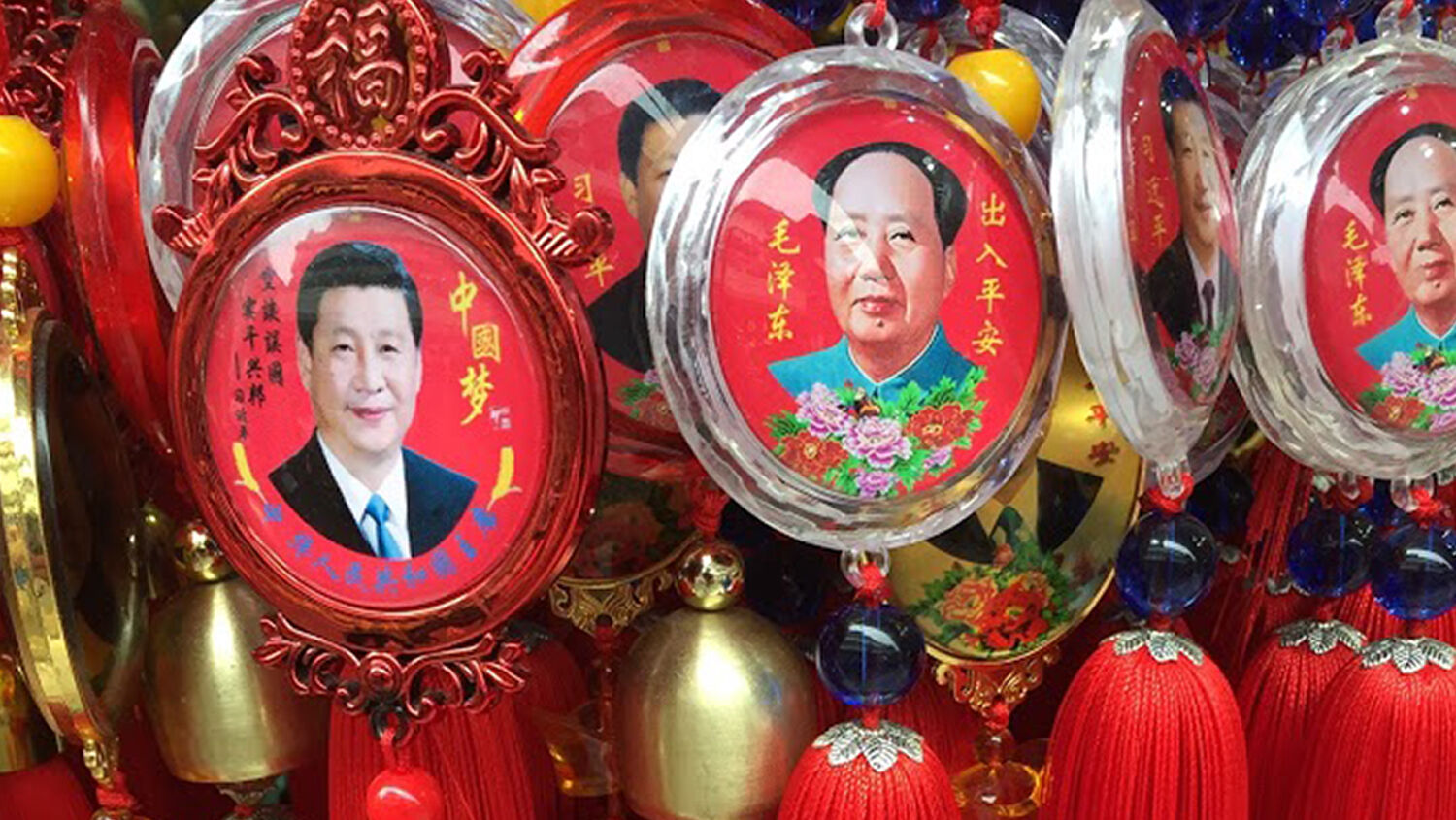 The decision to enshrine ‘Xi Thought’ into the Communist Constitution elevates the president to the status of the hallowed Chairman Mao and gives him the power to shape China’s path forward for years to come.

The Chinese Communist Party etched Xi Jinping’s name and personal ideology into the party constitution on October 24, effectively lifting his status to the same level as the late authoritarian Mao Zedong. The move is only the latest in a series of measures that make Xi more powerful than almost all of his predecessors. And these measures have been taken with the approval of the president’s allies and opponents alike.

Both of Xi’s most recent predecessors, presidents Hu Jintao and Jiang Zemin, made contributions to the constitution of the Chinese Communist Party (ccp), but neither was named in the document. Even the contributions of the revered Deng Xiaoping were never named after him while he was at China’s helm; it was only after Deng’s death in 1997 that his name was added to his additions.

That leaves only one individual in Xi’s company: The only other sitting ruler to have his name and ideology written into the constitution was Chairman Mao, who founded the People’s Republic of China in 1949 and led the nation with an iron grip until his death in 1976.

“I think it’s intended to give [Xi] an ideological status that can’t be challenged, like Mao in that sense,” said Beijing-based analyst Wu Qiang.

Asian affairs analyst Chris Buckley said, “While there may be no ‘Little Red Book’ of quotations for mass consumption like in the bygone Mao era, Mr. Xi’s thinking will now infuse every aspect of party ideology in schools, the media and government agencies.”

What Is ‘Xi Thought’?

The ideology that will now infuse so much of Chinese culture is officially called “Xi Jinping Thought on Socialism With Chinese Characteristics in a New Era.” The phrase may sound clunky and abstruse, but it is saturated with significance.

The foundational message of “Xi Thought” is that China must continue its rise to become the primary world power. During Xi’s first five years in office, this aim had already riveted his attention on muzzling domestic dissent, boosting China’s military power, and earning Beijing a larger role in international affairs. With Xi’s eponymous ideas now enshrined in the constitution, the president will now be able to push toward those goals with redoubled intensity.

Also included in the constitutional revision were several of Xi’s core policy initiatives, including his “Belt and Road” plan to build infrastructure linking China to the West and his desire to boost the government’s role in China’s economy.

The most important phrase of the “Xi Thought” expression is “new era.” This is a phrase the president said repeatedly throughout the Chinese Communist Party’s 19th National Congress that ended on October 24. Xi breaks China’s modern history down into three main epochs: Chairman Mao liberated the nation, Deng made it wealthier, and now in this “new era,” Xi is making it strong.

Experts agree that the “new era” portion of the name of Xi’s thought is not just hyperbole, and that this development means Xi is unlikely to relinquish power at the end of his second five-year term in 2022.

Andrew Polk of the Trivium China research firm said, “At this stage, there is little reason to suspect that era will end in 2022.”

Adding to the speculation that Xi may stay on after the end of his second term is that he has not permitted the naming of his successor, an event which, according to precedent, would have occurred by the start of this Congress.

The Wall Street Journal said even if Xi does step down from the official helm in 2022, the revision to the constitution gives him “unassailable power” that will endure far past that time. It lets him “impose his will on China’s leadership, global reach and economic might well beyond his second term,” it wrote.

Steve Tsang of the soas China Institute at the University of London agrees with this assessment. “[I]t is by now clear that Xi has no plan to relinquish control,” he said. “The only question is how he will do so, and he has probably not yet decided.”

Du Guang who formerly worked at the Communist Party’s think tank in Beijing said, “With the amendment of the party charter and the installation of his own people on the Central Committee, he can do whatever he wants in the next five years and beyond.”

The Trumpet watches Xi’s tightening grip on power because Bible prophecy reveals that as America’s influence on the international stage continues to decline, two power blocs will emerge in its place: one, a European entity functioning in the tradition of the Holy Roman Empire; the other, an Asian conglomerate called in Scripture “the kings of the east” and headed by Russia, with China in a second-tier leadership position. The Bible makes plain—in such chapters as Jeremiah 50, Daniel 11, Revelation 16 and Matthew 24—that a clash between this European bloc and this Russo-Chinese-led power will culminate in the most violent conflict in mankind’s history.

Xi’s ongoing strides toward further boosting his control over China’s military and foreign policy is vital to watch, as it provides an indication of how the Chinese president could fall in line with his fellow strongman in Russia and how China will be brought onto its prophesied collision course with Europe. It also indicates how near this future clash may be.

Although this points to a dark time in the near term, this is closely connected to the brightest imaginable future! As Trumpet editor in chief Gerald Flurry writes in his booklet The Prophesied ‘Prince of Russia’: “This immense war between European and Asian forces will end in the return of Jesus Christ! … The conclusion of that battle will mark the beginning of a peaceful and prosperous new age for the entire Earth!”

To understand more about China’s role in Bible prophecy, how Xi’s China will become an ally to Putin’s Russia, and the awesome hope that is tied to events that are now happening, download a free copy of The Prophesied ‘Prince of Russia.’