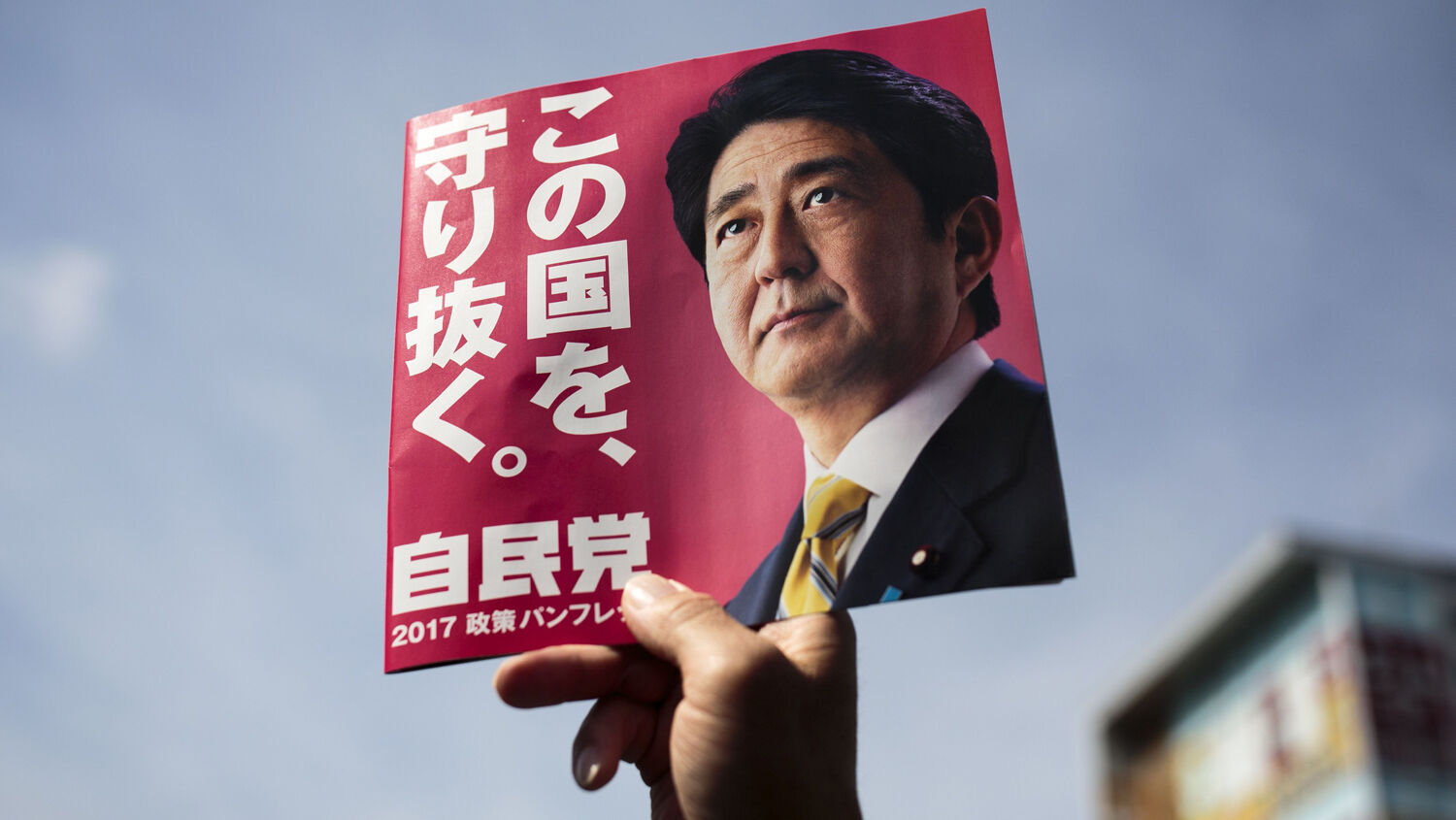 Will it be enough for him to change Japan’s Constitution?

Japanese Prime Minister Shinzō Abe won a two-thirds majority in the lower house of the Japanese Diet in the snap elections on October 22. Abe’s Liberal Democratic Party and other parties in favor of changing the Constitution now hold 80 percent of the seats in the lower house, to add to the two-thirds majority they already controlled in the less powerful upper house. This could give Abe the mandate he needs to press forward in his “long-cherished dream” of revising Japan’s Constitution.

In May, Abe set the goal of amending the Constitution by the year 2020. The largest barrier to this goal remains the Japanese public, which would have to approve the measure in a national referendum. Opinion polls show that the Japanese people remain divided on the issue.

The Constitution, which was implemented in 1947 under United States occupation, prohibits Japan from having armed forces. Article 9 of the document says Japan will “forever renounce war” and declares that “land, sea and air forces … will never be maintained.”

The Constitution has technically governed Japanese affairs in the 70 years since. But during that time, the Japanese have taken some major steps away from pacifism. The first came in the early 1950s, with the founding of the National Police Reserve. In 1954, Tokyo expanded this into the Japan Self-Defense Force (sdf), which progressed over the decades to become the ultra-modern assemblage of land, sea and air forces that it is in the modern era. In 2014 and 2015, Abe’s government passed controversial legislation that effectively reinterpreted the sdf’s role and gave it the green light to fight with allies overseas. Japan wasted no time exercising this new military latitude: In November 2016, for the first time since World War ii, Tokyo deployed soldiers abroad who were given a mandate none of their countrymen had for some 70 years: They were armed and authorized to use force.

Now Abe wants to further accelerate Japan’s march toward remilitarization and make it constitutionally legal. But he knows that he has not triumphed yet over the barrier of public opinion. In a news conference on Monday, Abe said: “We won a two-thirds majority as the ruling bloc, but it is necessary to strive to form a wide-ranging agreement among the ruling bloc and opposition [to revise the Constitution]. And then we aim to win the understanding of the people, so that we can gain a majority in a referendum.”

An expert told the Guardian that for Japan, changing the Constitution is by far the most divisive issue in the country: “In America, it’s immigration and abortion, in Britain it’s the EU, and in Japan it’s the Constitution. Japanese people are being asked if they are happy with postwar liberal democracy or whether they want to revive an older Japan and its values. It’s a deeply emotional issue ….”

The North Korean threat gives Japan renewed impetus to remilitarize. The rogue regime has directly threatened Japan because of its alliance with the United States, and has test-fired several missiles over Japan’s northernmost island this year. Japan is in legitimate danger.

After the election victory Sunday, Abe promised Japan strong “countermeasures” against the rogue regime. “I will make sure the Japanese public is safe, and safeguard our nation,” he said. Revising the Constitution would make it easier for Abe to keep his promises.

Our booklet Russia and China in Prophecy says:

With many of the taboos already broken, it would be a small step for Japan to amend its pacifist Constitution.

“For many years Japan’s Self-Defense Forces have been laying the groundwork for this new era. Japan has a small army—although it is larger than most people imagine—but more importantly, Japan’s military industrial capability is much greater than is generally assumed.

“Japan has already created some of the most advanced weapons in the world and knows how to mass-produce them. Japan’s emergence as a great military power in the future depends more on its will than its ability. In order to have a world-class military force in a few short years, Japan merely has to decide that it needs one” (George Friedman and Meredith Lebard, The Coming War With Japan).

Note that statement—“Japan’s emergence as a great military power in the future depends more on its will than its ability.” The ability is there, more and more each day. All Abe needs to do is convince the public that this move is necessary, and the October 22 election bolsters Abe’s position to push for this change—particularly as North Korea continues to threaten the world with its nuclear weapons.

Remilitarization remains a divisive topic among the Japanese public, but Bible prophecy indicates that this attitude will change. Revelation 16:12 discusses the “kings of the east,” a united force of Asian nations that will congeal in the near future. This military superpower will be sufficiently formidable to “trouble” the “king of the north,” or united Europe led by Germany (Daniel 11:44). Ezekiel 38:6 shows that Japan will be a part of this alliance of Asian nations.

To learn more about what is in store for Japan, request our free booklet Russia and China in Prophecy.