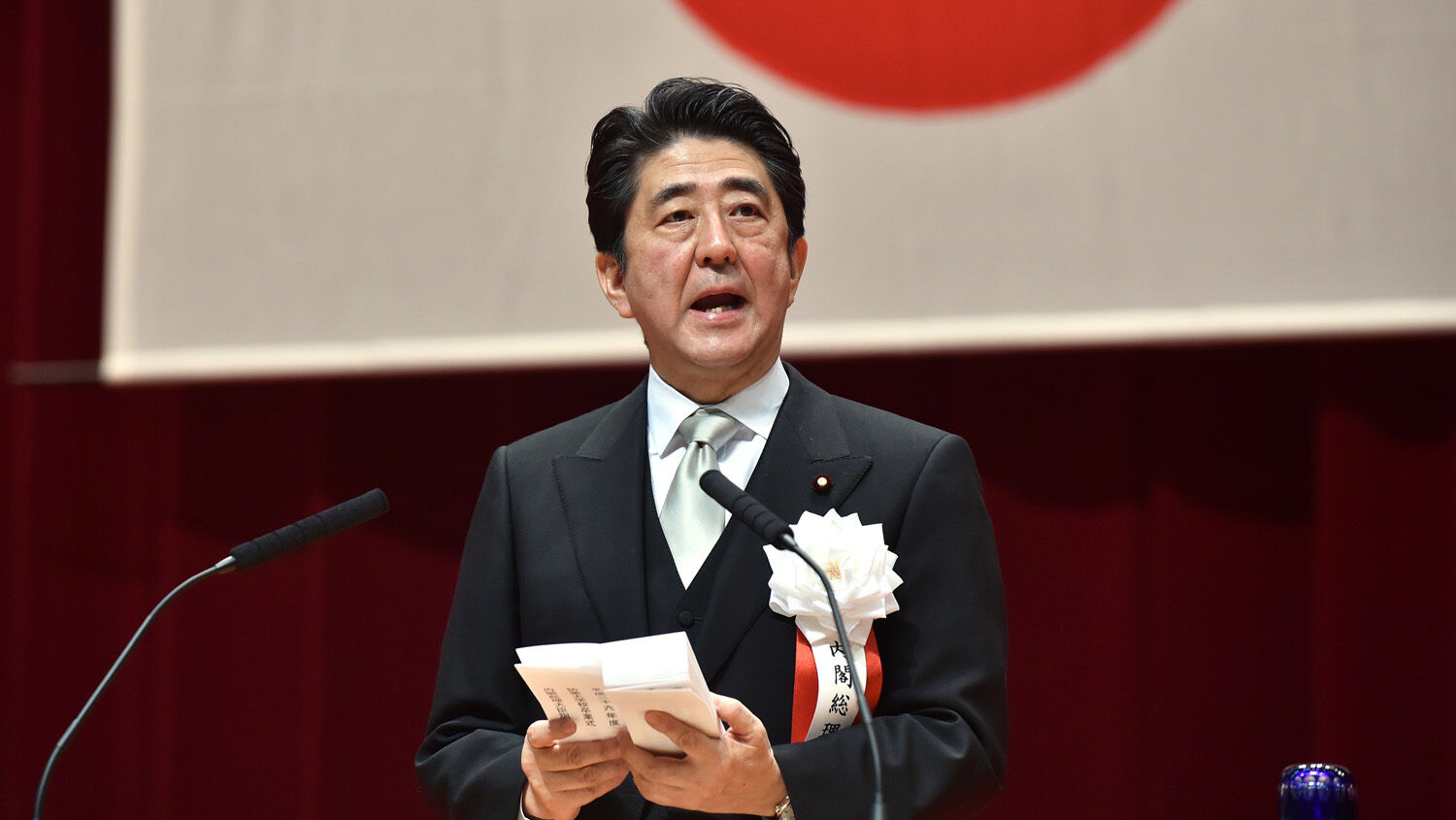 Prime Minister Shinzō Abe wants 2020 to be the year that Japan’s military becomes enshrined in its Constitution.

Here are the steps for setting up one of the strongest militaries in the world when Article 9 of your constitution tells you to “forever renounce war as a … means of settling international disputes.” First, reason that you need a military for self-defense. Second, build up your Self Defense Force (sdf) while the scholars debate whether it’s legal. Third, argue that the times have changed and rewrite your constitution to establish its legitimacy.

Prime Minister Shinzō Abe made public on Japan’s Constitutional Memorial Day (May 3) that he wants “to make 2020 the year that a new constitution comes into effect.” It’s time for step three.

Before the public announcement, Mr. Abe gave an interview on April 26 to Japanese newspaper Yomuiri Shimbun. A prerecorded video was also given to the nationalist Nippon Kaigi group.

From these messages and subsequent interviews with Japanese media, Mr. Abe made it clear that Japan’s constitution, which has remained untouched for 70 years, needs a change. In his interview with Yomiuri Shimbum, Abe pointed to the fact that Japan’s constitution was written while it was still under United States occupation. The 70th anniversary, he said, is a “ripe opportunity” for revision.

The passage under scrutiny, Article 9, contains two clauses. The first describes how Japan will “forever renounce war” while the second tries to ensure that by saying “land, sea and air forces … will never be maintained.”

Mr. Abe explicitly stated that he would keep the existing two clauses. But “we need to make sure,” Mr. Abe said, “at least within our generation, that the argument that ‘the sdf may be unconstitutional’ will no longer be made.” In order to do this, Mr. Abe announced that he would seek to add a third clause. This new clause would unambiguously legitimize the sdf under the new constitution.

The former mayor of Osaka, Toru Hashimoto, told Yomiuri Shimbum that it was clearly the right time to make such changes. “It might have been unconstitutional right after the war,” he said, “but there is no doubt that the sdf [is] constitutional now.”

The Trumpet and the Plain Truth have been reporting for 46 years that people should watch Japan’s slow march toward militarism. Why then is Mr. Abe saying now is a “ripe opportunity” for change?

First, Japan’s ruling party has extended its two-term limit to three. That means that if Prime Minister Abe is elected to a third term, he could continue to lead the changes until 2021.

Second, with North Korea and China throwing their weight around, Abe says that today’s Japan faces a “deteriorating security situation.” In March, Japanese politicians argued it was time to explore the option of “counterattack” abilities against their dangerous neighbors. Politicians have always known that if you want to extend your power, never let a good crisis go to waste.

Nearly all the dominoes leading to amending of Article 9 have been set in place. Public opinion, as Mr. Abe realizes, is still being maneuvered. Massive protests tend to erupt when new “interpretations” of Article 9 are released: About 55,000 people turned out this time in Tokyo after Mr. Abe’s announcement. Yet the latest poll shows the Japanese are swinging around. While 46 percent favored keeping the Constitution as it is, 45 percent wanted it changed. The trend is in Abe’s favor: 5 percent more people than last year polled as favoring an amendment.

If you haven’t already read “Why We Watch Japan’s March Toward Militarism,” make sure you do. It explains the history leading up to this change, and the future the Plain Truth forecast for Japan four decades ago. Keep your eye out for Japan’s debate in the coming years.

In the meantime, Japan’s sdf is still active—with many think tanks ranking its power in the top handful of countries. That’s something the Diplomat’s Yuki Tatsumi pointed out in her analysis of the outrage over Mr. Abe’s announcement:

What is lacking in such a reaction is an appreciation that the gap between what the current Article 9 defines and reality in Japan, particularly with the [sdf], has been widening throughout Japan’s postwar history. Today’s [sdf] is a professional organization that looks and behaves like a military force and is treated as such everywhere in the world—except by the country it serves.

Japan has already completed two of the three above-mentioned steps. The third is imminent. And watch for it, because when Japan manages to rewrite its constitution, it will be one of the most newsworthy events of Japan in decades.