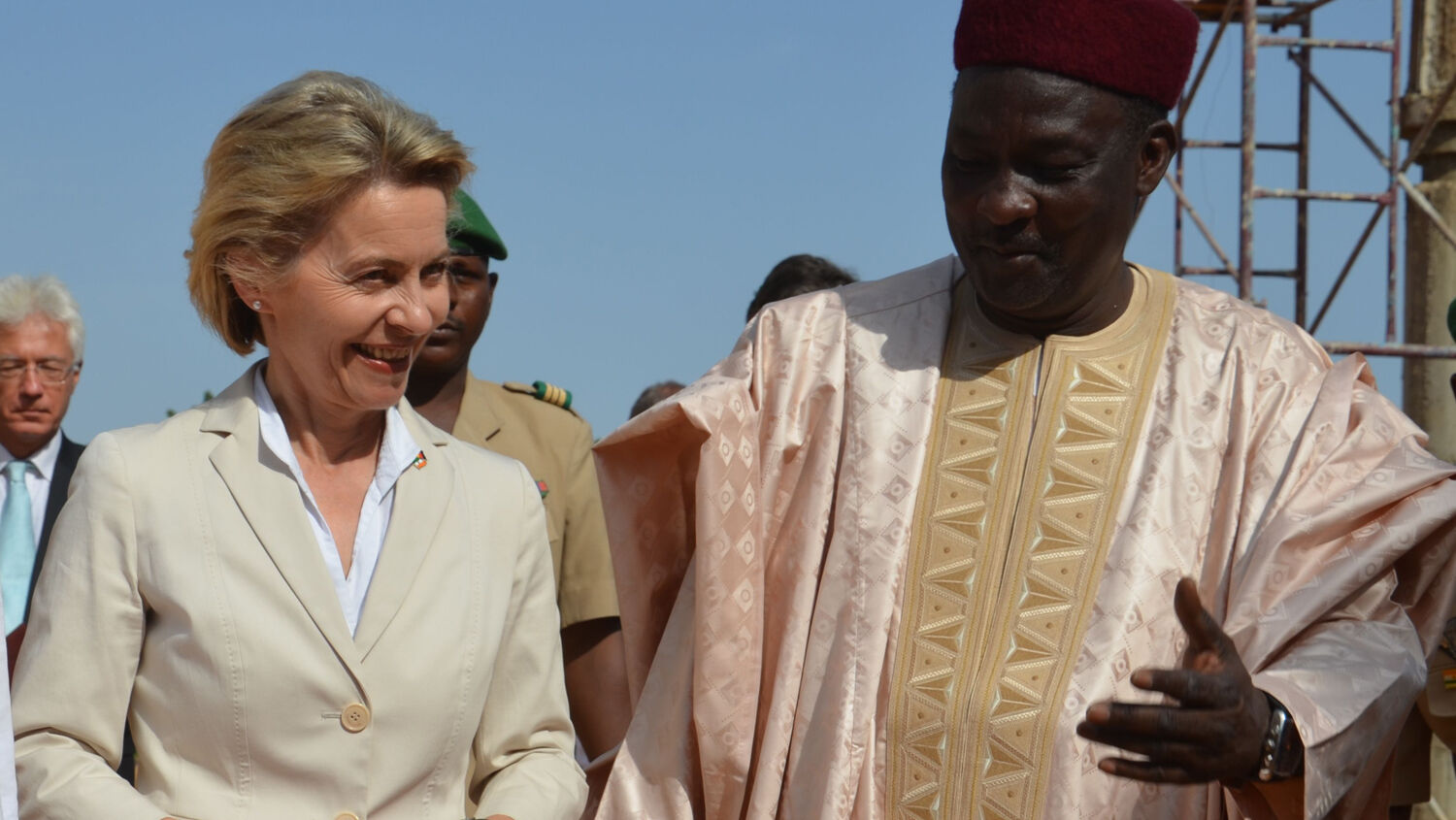 Europe is getting more involved in the battle over West Africa.

North Africa has been one of Germany’s primary focuses in recent years. It has nearly 1,000 soldiers stationed in Mali where it helps train Mali’s army and police forces, playing a major role in the United Nations’ most dangerous mission. It is also building military partnerships with other powers in the region.

“Germany sees itself as a close partner of Niger and the entire Sahel region in the fight against terrorism, organized crime and human trafficking,” German Defense Minister Ursula von der Leyen said during her visit to Niger on July 31 (Trumpet translation).

Niger’s inadequate security has allowed terrorists and traffickers to flourish. It is on the main route for refugees to enter Europe. Thus Germany wants to arm Niger.

An estimated 80 percent of all refugees and migrants from West Africa who make their way to Europe travel through Niger. Due to the refugee crisis, Europe has an increased urgency to solve the problems on the African continent. During her visit to Niamey, Defense Minister von der Leyen brought 100 flatbed trucks, 115 motorcycles and 55 satellite telephones for the police and army.

Niger Interior Minister Mohammed Bazoum said that Niger will use the vehicles to counter terrorism, cross-border crime and smugglers in the Agadez region.

During the same trip, von der Leyen also promised her support for France’s push to support a new multinational military force: the G-5 Sahel. The group fights Islamist militants in Africa’s Sahel region, Reuters reported. She and her French counterpart, Florence Parly, believe that the Sahel force is West Africa’s best hope for defeating the militants.

The G-5 Sahel is a joint force of troops from Mali, Mauritania, Burkina Faso, Niger and Chad. The five nations requested European financial aid earlier this year to support their mission. Along with France, Germany has now also agreed to support them.

Germany has a keen interest in fighting the spread of terrorism in Africa. This not only makes Europe safer, but also gives Germany the upper hand in the region. Trumpet editor in chief Gerald Flurry says that Germany will defend its interest in the continent before terrorism spreads all over northern Africa:

Mr. Flurry wrote this in 2013 in his article “Watch Algeria!” And he challenged all readers to watch Africa for an increased German presence. Germany’s support for Niger, along with other developments of late, have proved this forecast right.