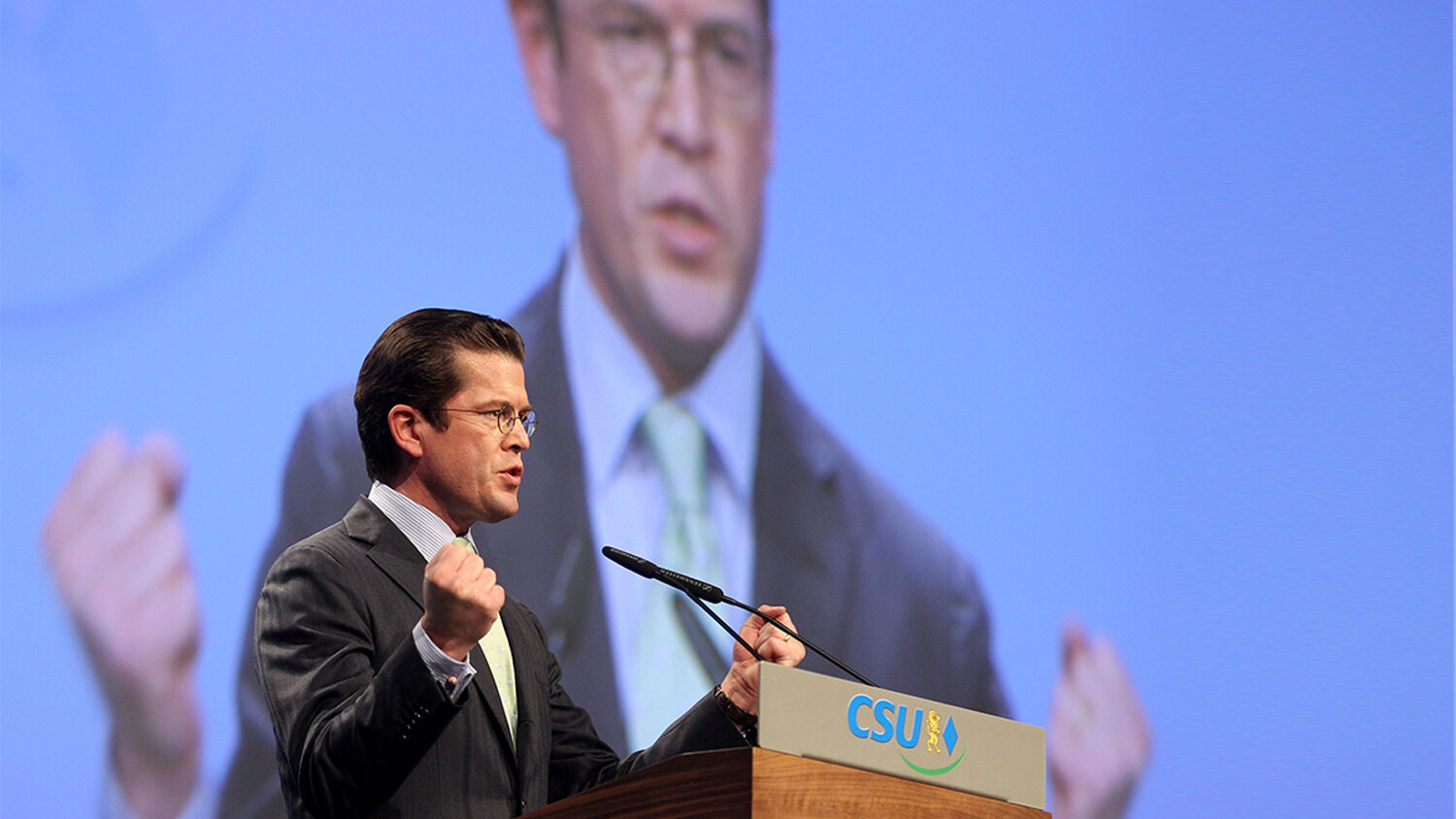 The German media is consumed with the comeback of Germany’s most-wanted political superstar, yet it still underestimates him.

It has been more than six long years since Karl-Theodor zu Guttenberg served as Germany’s most-famous defense minister. Rumors about his comeback after his plagiarism scandal have never ceased. And yet prominent figures in German politics believe that his time may have come. September might be his best chance yet for a successful comeback, as Süddeutsche Zeitung has suggested.

This July, party chief of the Christian Social Union (csu), Horst Seehofer, sparked the fire of rumors again. He promised to reward Guttenberg’s comeback with a “relevant ministerial office.” Seehofer told German newspaper Bild that, depending on the election results, Guttenberg could be Germany’s next foreign minister. It’s widely known that Seehofer sees Guttenberg as his only possible successor as Bavarian state premier.

Despite Seehofer’s promises and the media scrutiny, Guttenberg uses every occasion to point out that no comeback is being planned. He did, however, agree on some major appearances to which usually only high-ranking politicians would be invited.

Süddeutsche Zeitung pointed out on July 20 that, for a man without political office, he campaigns on the highest level. For example, after the famous chancellor duel between the leading candidates—Chancellor Angela Merkel of the Christian Democratic Union (cdu) and rival Martin Schulz of the Social Democratic Party (spd)—Guttenberg will also take the stage in a nationwide television talk with Anne Will on September 3. Representing the csu, he will analyze the results of the chancellor duel in front of an audience of millions. He will be there to support Merkel, but many voters will tune in to see him.

Another key event in the election campaign is the Gillamoos folk festival in Bavaria. Each election year, the festival showcases some of the top politicians of each party. On September 4, each party will send its leaders and candidates for the election to the Bavarian beer tent, except for the cdu-csu, which will send Guttenberg instead. There, he will face Merkel’s main campaign rival Martin Schulz and the party leaders of the other most prominent parties, such as Cem Özdemir from the Greens and Christian Lindner from the Free Democratic Party (fdp).

The csu believes that Guttenberg has the greatest chance to win the audience’s favor; that is, a greater chance than any of their actual politicians. Seehofer’s spokesman Jürgen Fischer told Gala that Guttenberg “fascinates people. We’re assuming he’ll fill the beer tents” (Trumpet translation throughout).

But Guttenberg made clear that his advancements should by no means be confused with an attempted political comeback. In an interview with the German Business Insider, he said: “It takes a lot of imagination to call the support of the union with a few electoral campaigns a political comeback.” He rather wants “to contribute to the reelection of the federal chancellor and lose five kilos of weight in the heat of Bavarian beer tents.”

Guttenberg may be sincere, but such comments are also politically astute. After his plagiarism scandal, he lost the trust of the German people. Any attempt to regain power would immediately be rejected. In fact, he tried that through a book nine months after he resigned. Even the title of the book reveals his intentions, as we pointed out before: Vorerst Gescheitert (English translation: Temporary Failure or Failed at the First Attempt).

Now Guttenberg says he doesn’t seek an office but is still very interested in politics and world events. He does not boast about his abilities and qualifications; instead, he lets others do that for him. Seehofer and his party colleagues constantly remind the media of the expertise that he gained abroad.

The two seem to fall into a familiar pattern. Guttenberg is the prodigal son that is so ashamed that he does not find himself worthy to return to politics, even if he wanted. At the same time, Seehofer is the loving father that pleads for his return because he knows of his repentance and the good he could do for Germany.

Regardless of Guttenberg’s intentions, many Germans want him back. An Intelligence and National Security Alliance survey for Bild conducted this month found that 45.8 percent of Germans are in favor of Guttenberg’s return to the federal level. Only 36.5 percent are against it. His biggest support comes from cdu-csu voters, of which 64.5 percent favor his return. But most, Seehofer included, say that they want him to return gradually.

The refugee crisis and the American presidency of Donald Trump are frightening the German people. The longer Guttenberg waits, the stronger the people’s desire for a strongman will be. The stronger their desire is, the greater his comeback will be.

Referring to various prophecies in the Bible, Trumpet editor in chief Gerald Flurry repeatedly stated that Karl-Theodor zu Guttenberg is a man to watch. The Bible reveals that a man of great charisma will rise, not only to a high office in Germany, but to the leadership of a united Europe. Guttenberg has the potential to be that man. He might have fallen deep after his scandal, but in six years, he has gained expertise that could make him the most powerful man in the world. Learn about Guttenberg’s qualifications to be such a leader in “Trump, Germany and KT zu Guttenberg.”