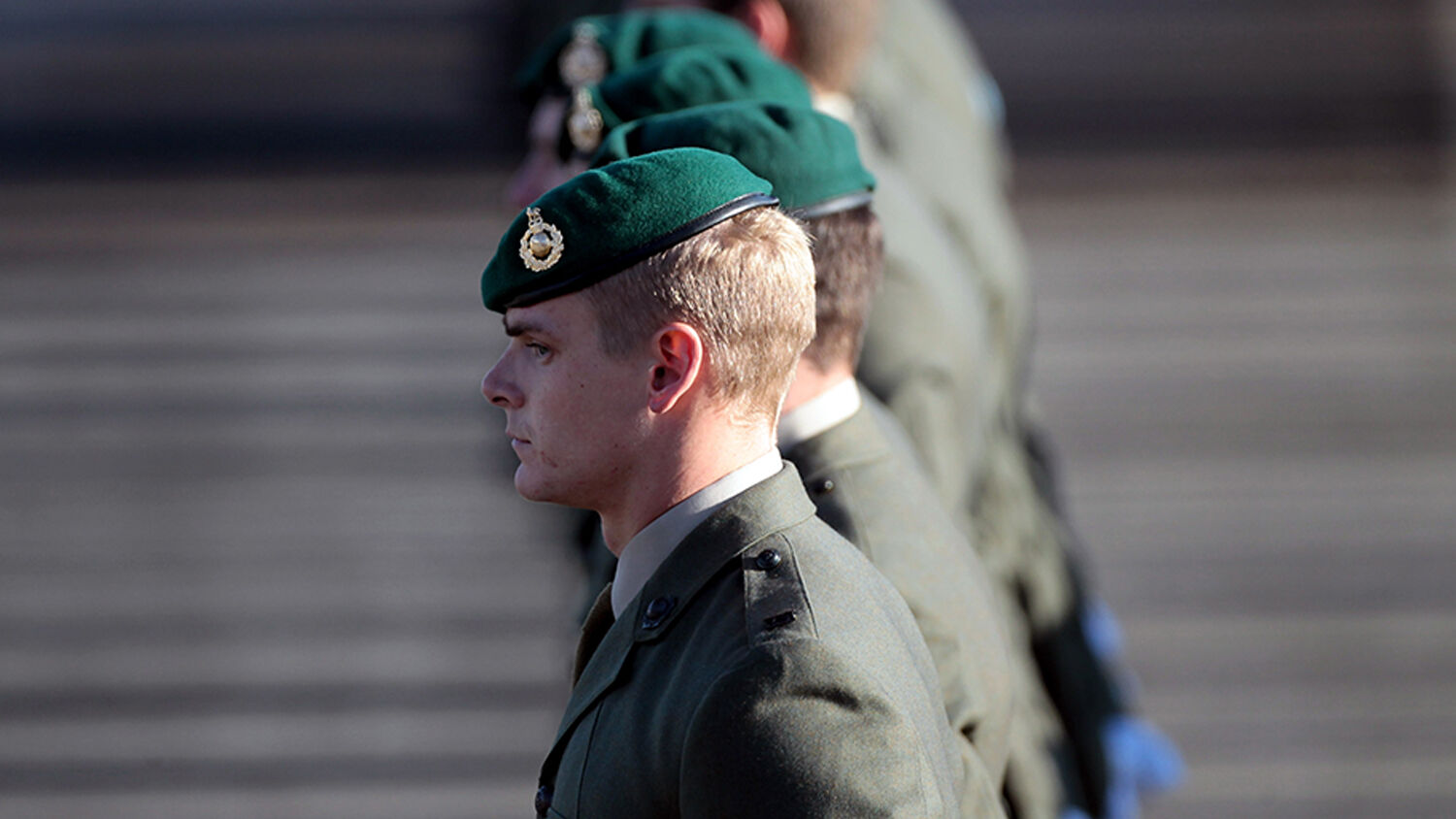 The Royal Marine Commandos are among the most elite troops in the world. Since Charles ii created them in 1664, they have fought in every major war for Great Britain. Among their greatest moments were the bold seizure and heroic defense of Gibraltar during the War of Spanish Succession in 1704, the raid on Zeebrugge in 1918, and the three-day, 100-mile march during the Falklands War to capture Port Stanley.

The reputation and the traditions of the Royal Marines impressed Sir Winston Churchill so much, he said:

The long, rough and glorious history of the Royal Marines has shown that they have achieved much. They will achieve more.

They are a formidable and versatile company of warriors, as highly trained as any the world has seen.

Among the special skills of the Royal Marine Commandos is arctic warfare. They are a vital rapid-reaction force to any threats in the northern latitudes. This role is now in doubt. In an article titled ‘No Money’ to Send Marines on Cold-Weather Training,” Deborah Haynes wrote in the Times:

The Royal Marines will be unable to train in the snow-covered fjords of Norway next year because of a shortage of money, as the defense secretary said yesterday that a security review would be “refreshed.'’

The annual exercise involving up to 700 Marines is a vital part of commando training, but the Royal Navy is struggling to plug a gap of at least £500 million (us$652 million) in its budget. “This is a disaster for recruitment and retention,” a defense source said. “There is no money.”

The armed forces are suffering from £20 billion ($26 billion) “efficiency savings,” meaning programs are being cut to make up for the budget shortfall. Front-line units, like the Royal Marines, are victims of merciless cuts. These specific cuts to arctic training could not come at a worse time, as the arctic theater is a likely source of conflict. The Times continued to quote its defense source as saying that with Russia moving aggressively into the Arctic, this is a dangerous time to cut back. “This is essentially giving up on our northern flank and signaling to the Russians that we can’t be bothered to do it,” the Times quoted one source saying. The article continued:

A second defense source confirmed that overseas training for the Marines was being targeted to save money. “The military is in a parlous state,” he said.

With Russia keenly eyeing the regions energy resources, it poses a threat to nato and the West. Very few units are as qualified as the Royal Marines to operate in those conditions. The UK’s ability to wage a war on any front is deteriorating at a terrifying rate. This is all occurring in the backdrop of an increasingly unstable world, where the UK’s enemies are rapidly rebuilding their war machines.

With several expensive investments, especially the Queen Elizabeth class carriers, and the F-35 fighter jets needed to outfit the carriers, there is not enough money to cover all the vital security costs. To some, the government’s policy is sheer folly, with Sir Max Hastings going so far as to suggest that the new Elizabeth carriers should be scuttled and the money put back in the Armed Forces. Even with the traditionally pro-military Conservatives in power, the military is suffering.

This is not the only threat the Marines face, however. Back in March, Defense Secretary Michael Fallon admitted that the future of the Royal Marines is under threat, and that the size of the force would be cut from 7,000 to 5,000. The Royal Navy is in the impossible situation of choosing between the Marine Commandos and the aircraft carrier—in the end, it might lose both.

While these cuts may hurt the morale of the Royal Marines, they are still an elite force. But the fact that a fighting force with such rich traditions, history and effectiveness is under threat clearly reveals the state of the UK. The financial status of the pound sterling is on the brink of disaster, and there seems to be no good way out. With Brexit negotiations going on for the next year or two, the British will have to increasingly rely on themselves for defense. The prospects are grim, and the loss of vital capability, troop numbers and morale will leave the once proud British Armed Forces in shambles.

The Royal Marines are just one such proud military institution of the English-speaking peoples that is suffering from declines. The American Marine Corps has also suffered a serious blow to prestige with the Marines United pornography scandal. It is a dangerous sign of national sickness when the armed forces are being undermined by their own culture and government. For the past 200 years, the British Empire, its dominions and the United States defended the world from tyrants without shirking from the sacrifices needed.

While the warriors are still willing to fight and sacrifice, it is clear our societies are war-weary and no longer united against our enemies. Not only do government budgets undermine the strength of our armed forces, but they also corrupt the culture of our people. The Royal Marines have some of the richest military heritage in the world, yet they are becoming a dying breed. Although often victorious on the battlefield, they are being defeated by their own people in times of peace.

More than 80 years ago, one man predicted the spectacular fall of Great Britain and the United States. To learn more about these vital biblical prophecies, order Herbert W. Armstrong’s free book The United States and Britain in Prophecy.