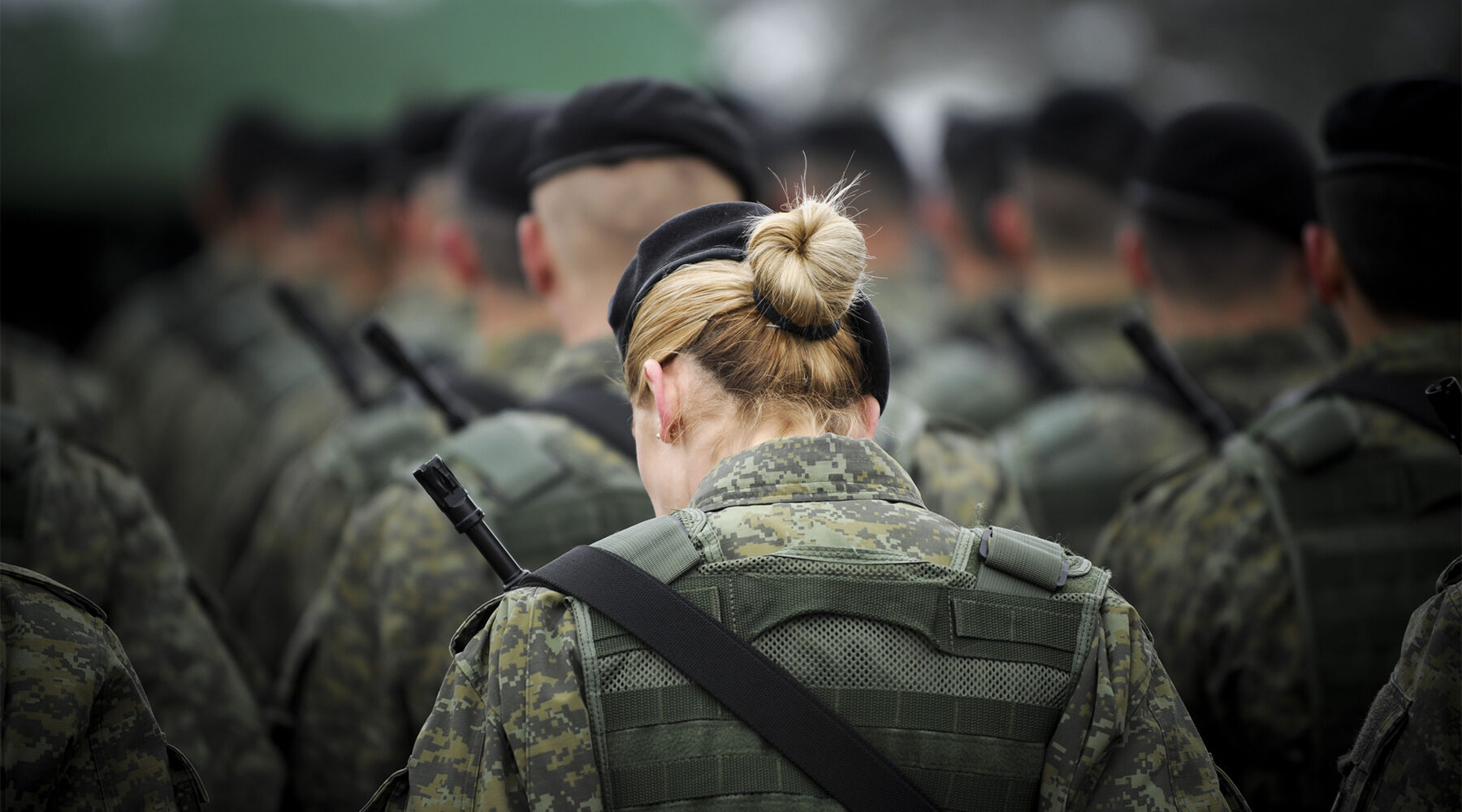 How widespread is this sex perversion? More so than you might think.

The United States Marine Corps is in the midst of a moral crisis. On March 4, investigative journalist and Purple Heart recipient Thomas Brennan reported that members of a Facebook group called Marines United were distributing photographs of naked female service members. This Facebook group has about 30,000 members, including Marines, Navy corpsmen and British Royal Marines. While only about 500 of the 30,000 members are believed to have viewed the compromising photographs, a Marine Corps spokesman recently confirmed that military officials are currently unaware of how many personnel were involved in posting activity.

According to Brennan’s exposé at the Center for Investigative Reporting, the Marines United page began sharing indecent photographs of female service members soon after the military added women to the Marine Corps infantry last January. Since Brennan contacted Marine Corps headquarters six weeks ago, dozens of women have been identified in photographs posted by the pornography ring. Numerous social media accounts associated with Marines United have been suspended, but the actions taken so far have not yet stopped the photo sharing.

This scandal is not limited to just the Marines United Facebook page, or even to the Marine Corps. Since this scandal became public, investigators have found hundreds of photographs of naked female service members from every branch of the military posted to another image-sharing message board. Some of these women were stalked and photographed by male colleagues. Others shared photos of themselves naked, intending them to be private, only to be betrayed by whomever posted them publicly on social media.

Newly sworn-in Defense Secretary James Mattis has condemned the pornography ring and pledged to shut it down. “Lack of respect for the dignity and humanity of fellow members of the Department of Defense is unacceptable and counter to unit cohesion,” he said on March 10. “We will not excuse or tolerate such behavior if we are to uphold our values and maintain our ability to defeat the enemy on the battlefield.”

The Marine Corps has already issued new social media guidelines, which emphasize that the rules “have long prohibited sexual or other harassment, fraternization, retaliation, reprisal and hazing” and that “sexual misconduct related to indecent viewing, visual recording or broadcasting” will be punished. Undoubtedly, several dozen service members will be expelled from the military for their role in this scandal. According to the Naval Criminal Investigative Service, some perpetrators could even serve prison time. While all these measures may be warranted in a case like this, none of them really addresses the root cause of the problem.

Studies indicate that 1 in 10 Americans are addicted to online pornography. The addiction rate among young, male military personnel is believed to be much higher. “Twenty percent would not shock me,” Navy Chaplain Lt. Michael Howard told the Military Times in a 2013 interview. “That would be a conservative estimate.”

Many military chaplains believe online pornography is perhaps the biggest personal problem facing service members today. While many people bristle at the suggestion that there is any connection between “casual” pornography viewing and the photo-sharing scandal that has made it into so many headlines, study after study after study show a direct link between pornography consumption and the commission of sex crimes.

According to the Department of Defense, reported sexual assaults on military members increased from 19,300 in 2010 to 26,000 in 2012. There are reasons why sex scandals and sexual assaults are increasing in the U.S. military. The main reason is that Americans are growing up in a hyper-sexualized society that glorifies illicit sex and outright pornography. This leads to a physical and psychological rewiring of the brain, desensitizing the person to the needs of others, and it fuels an abnormal desire for even more depraved perversions.

The pornography scandal rocking the military is vile, but it is only one symptom of the pornography scandal that is American society. Yet that scandal is not only underreported, it is denied outright or actually glorified by many. Until Americans in society start fleeing immorality and teaching their children a wholesome, biblical view of sex, the devastation caused by pornography will continue, outside the Department of Defense and within it.