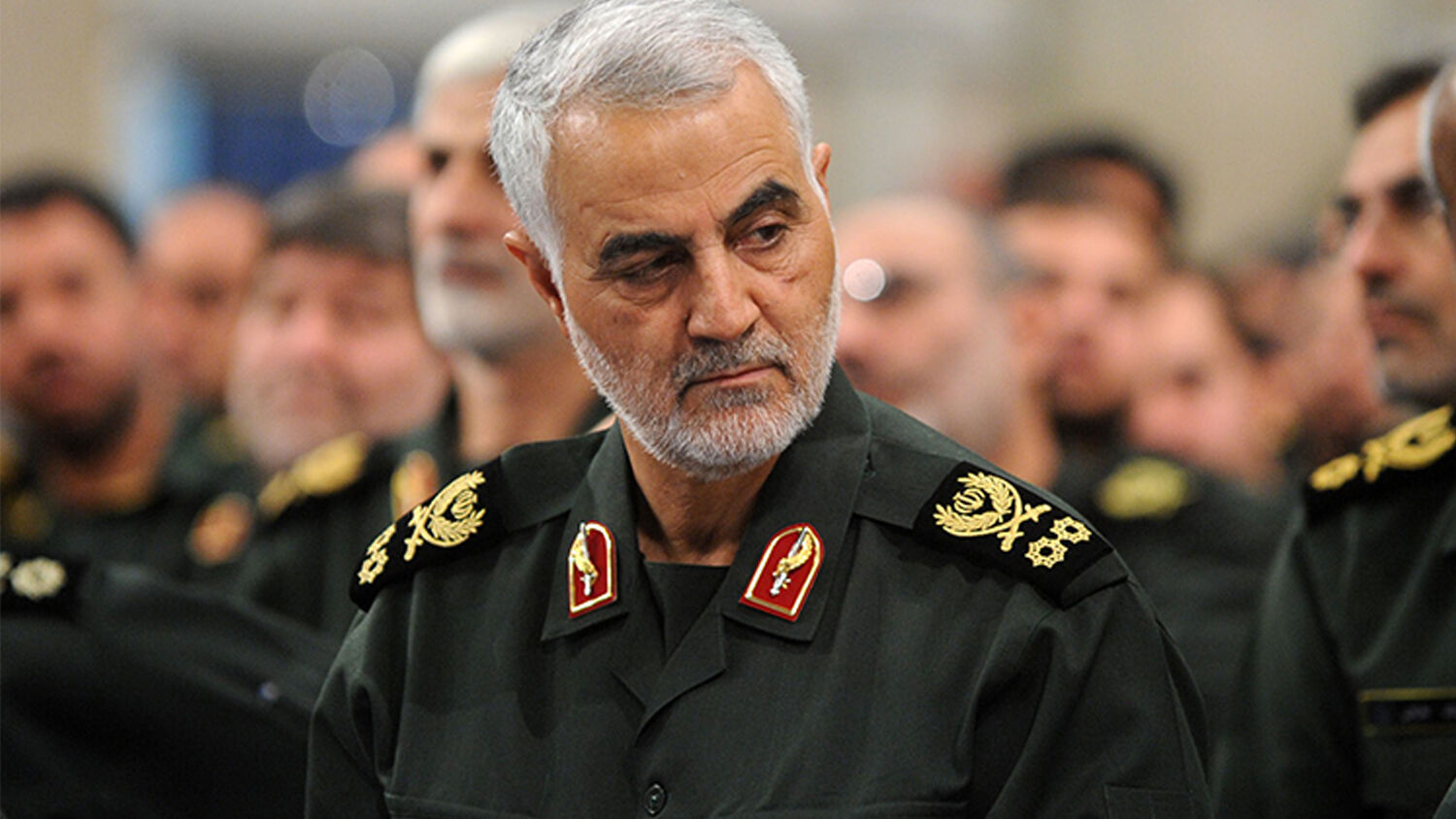 The general used a gathering of Iran-Iraq war veterans in his home province of Kerman as a platform from which to sing Iran’s praises.

Unlike the rodomontade that so often comes from the Islamic Revolutionary Guard Corps (irgc) leadership, much of Suleimani’s bragging is actually grounded in truth.

During the July 3 speech, Suleimani stated:

Several years ago in Syria, we didn’t have relations with individuals and movements more than the numbers of fingers, while we have relations with hundreds of thousands today. While some countries that argued with us, “don’t defend Syria’s government,” [they] are standing next to the Islamic Republic today and have changed their policies.

The truth in this statement makes it a particularly bitter pill for the West to swallow. Finding itself unwilling to reenter Iraq, and unwilling to take immediate action in Syria, the likes of the United States, Britain and Europe have seen Iran rise to the occasion.

While it is hard to put an exact number on Iran’s relations, hundreds of thousands is not a bad estimate. First, there are relations with the Iraqi Shiite militias. Some, like the Badr Organization, have been around since the days of the Iran-Iraq War. But the rise of the Islamic State has seen their numbers swell—their geopolitical importance growing in tandem. And they are steadily moving toward Syria.

Most experts estimate there are some 100,000 operating militiamen currently serving across the Shia Crescent.

Adding to that number, you have to consider the townsfolk and companies that Iran comes in contact with as its Shiite militias “liberate” their way across Iraq. The chaos gives Iran the chance to build infrastructure, supply and communication lines through regions once firmly under the control of the Iraqi government or Kurdish forces. This opens up new opportunities to infiltrate Syria.

Then there are relations with the Syrian government and its forces. Iran’s crucial role in aiding dictator Bashar Assad means that Iran’s influence has never been greater, nor Assad so subservient to Iranian desires.

irgc Brig. Gen. Mohammed Pakpour told Fars News Agency, “We will send advisers in all fields and offer all help at our disposal so the resistance front doesn’t break.” Of course, it just so happens that keeping Assad in power gives Iran unfettered access to Lebanon and also the slopes of the Golan Heights on Israel’s border.

The Trumpet has forecast this particular relationship with Syria is one that is destined to fail. You can read more about that in our article “How the Syrian Crisis Will End.”

But that isn’t the only relationship prospering. There is also Russia. In November 2015, Trumpet Jerusalem correspondent Brent Nagtegaal wrote an article titled “Russia Outmaneuvers the United States in Syria.” In it he wrote:

In late July, despite a United Nations travel ban imposed on the Iranian general for past terrorist activities, Suleimani visited Moscow and met with Russian President Vladimir Putin. While the U.S. State Department dithered on whether or not Suleimani broke the law, Iran and Russia were hatching a plan for Syria.

Just days before, President Obama said Putin had called him and they had an encouraging talk about solving the Syrian crisis. Mr. Obama suggested that Moscow “could be enlisted in a diplomatic settlement to the Syrian civil war along lines Washington and its Arab allies support” (Washington Post, September 8). But within a week, Suleimani was in Moscow unrolling a large map of Syria, showing how a series of setbacks could be turned into victory—with Russian intervention, of course.

The marriage of convenience between Russia and Iran has led to the two working tirelessly to dominate the Syrian battlefield and relegate America to the sidelines. If you count Russians as “relations,” then Iran truly has expanded relations by hundreds of thousands!

What about those who, according to Suleimani, have changed their opinion and now stand with Iran? This point, in particular, must make Suleimani’s comments hard to swallow for the West.

Still, there is no denying that defeating the Islamic State is certainly a team effort. It might not be a shoulder-to-shoulder relationship, but it hasn’t been head-to-head either.

The sad truth is that U.S. and Western reluctance to confront both Iran and the Islamic State has handed Suleimani and his cohorts the opportunity to develop their Shiite Crescent. Choosing an air strike-only policy meant that after U.S. bombers softened Islamic State targets in Iraq, Shiite militiamen celebrated by dragged Sunnis through the streets behind pickups.

As Suleimani said, Iran has developed relations across the Middle East—no thanks to Western reluctance.

A weak and war-weary West has continued to facilitate Iran’s rise. Just look at the nuclear deal. If you haven’t already, be sure to read Trumpet editor in chief Gerald Flurry’s October 2016 article titled “America’s Deadly Nuclear Deal With Iran.” In it, he wrote, “America’s weakness is exposed, and Iran will continue to capitalize on that. Where is the pride in our power? There is no fighting spirit in the American people. America has proved itself willing to be pushed around. It is faint of heart.”

This endemic weakness falls right in line with Bible prophecy. Leviticus 26 speaks of God breaking the pride of Israel’s power when it disobeys. Simultaneously, prophecies in Daniel 11 speak of nations—including Iran—that will rise to power while much of the West is inflicted with this curse. In the titanic battles that lead up to the return of Jesus Christ, America isn’t even on the scene!

Remember to pay close attention to Iran, because your Bible warns that as the Islamic Republic rises, the disobedient nations of Israel will be cursed. And following those dramatic events prophesied so long ago in the book of Daniel, there will be another stratospheric rise to power—that of the returning Savior Jesus Christ.