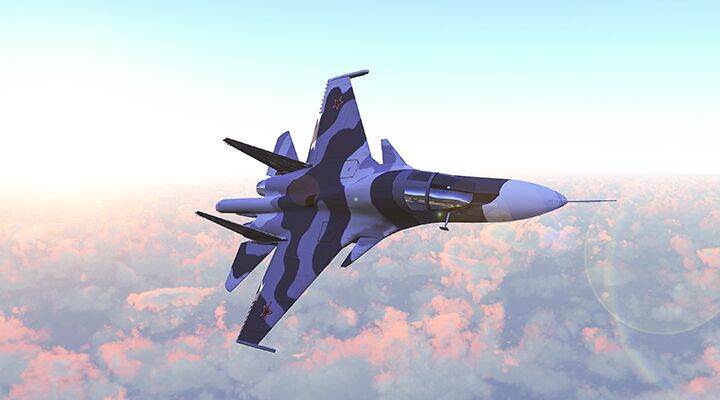 For the first time since the breakup of the Soviet Union, Russian forces are involved in a combat mission in the Middle East. Moscow says it is basically doing what the United States has sought to do there: destroy the powerful extremist terrorist entity that calls itself the Islamic State. Yet the facts on the ground indicate Russia’s real ambition: to replace the United States as the dominant power in the region.

For over four years, a devastating civil war has raged within Syria, causing the greatest migration of people from a war zone since World War ii. It started when Syrian President Bashar Assad resisted the revolutionary fervor that swept other dictators from power across the Middle East in early 2011, putting down dissenters with overwhelming force.

At the time, Western nations—including the U.S., the main power broker in the Middle East since the late 1970s—called for Assad’s removal from office. A United Nations Security Council resolution was drafted in October 2011 calling for sanctions on Assad if he continued to kill his own people. Two permanent members of the Security Council—Russia and China—blocked the resolution.

It was a sign of things to come. At every turn in the four years since, Moscow has sought to subvert Washington’s efforts to remove Assad from Syria.

Following its unsuccessful bid for international sanctions on Syria in 2011, the U.S. continued to call for Assad to step down. Months dragged on, and it was clear that it would take more than American rhetoric to remove Assad.

The existence of large stockpiles of chemical weapons in Syria was well known to international agencies. U.S. officials believed Syria maintained about 1,000 tons of mustard gas, Sarin and VX nerve agents in its arsenal. In August 2012, President Barack Obama said Assad would cross a “redline” if he used chemical weapons on his own people—an implicit threat of force. This threat relieved many of America’s Mideast allies, especially the Gulf states; it indicated that after so many debacles in the region, the U.S. still had some backbone.

In August 2013, Assad did use chemical weapons on rebel-held areas on the outskirts of Damascus, killing hundreds of his own people. Graphic images of dead corpses circulated through the media. The redline was crossed. The U.S. would have to act.

Before any military action took place, U.S. Secretary of State John Kerry was asked by a reporter in London if there was anything the Assad regime could do to prevent an American attack. Seemingly off-hand, Kerry responded that if Assad “could turn over every single bit of his chemical weapons to the international community in the next week,” that could do it.

With that comment, the Russian bear’s ears pricked up. In less than a week, Moscow approached the U.S. with a proposal to remove Assad’s chemical weapons. Not eager for military action, Washington embraced the idea and accepted the agreement—even while Russia stipulated that if Assad didn’t comply, there would still be no UN mandate for military action against him.

Secretary Kerry called the chemical weapons agreement with Russia “groundwork for more cooperation” between the former Cold War enemies. The event was sold as a great foreign-policy success for the Obama administration—a sign that the “reset” with Russia might actually have worked. In reality, Russia was simply acting to preserve its ally in the Middle East; removing the chemical weapons was just a distraction to keep Assad in power.

The redline that wasn’t a redline was a watershed moment for Russia’s geopolitical calculus in the Middle East. Russia now understood that America would rather face a major humiliation and loss of credibility among its allies and its enemies in order to get out of deploying its military against Assad—especially since that would jeopardize another key foreign-policy objective of the Obama administration: reconciliation with Iran.

With the redline in Syria largely forgotten, the rise of the vicious Islamic State diverted the world’s attention from Assad’s atrocities. Realizing Syria’s armed forces were stretched thin, Iran instructed Assad to pull back from Syria’s eastern border. This allowed the Islamic State to gobble up more territory. It also allowed Assad to devote more resources to battle the more immediate threat to the north, the “Syrian rebels.”

Supported financially and militarily by Saudi Arabia, Qatar and Turkey, rebel factions were having limited success at taking territory from the Syrian regime. Realizing Assad’s dire situation, Iran summoned Lebanon-based terrorist group Hezbollah to join the fight. This stemmed regime losses, but only for a time.

Moscow kept a close eye on the situation. Its only warm-water naval base, located on Syria’s Mediterranean coast, would be in jeopardy of falling to the rebels if Assad’s losses continued.

In April this year, Assad looked to be on his last legs. The regime controlled little over 20 percent of Syrian territory. The Kurds controlled the north, the Islamic State controlled the east, and the rebel factions were pushing west toward the Mediterranean Sea while knocking on Damascus’s back door.

Fearing it was about to lose its ally, Iran dispatched its Islamic Revolutionary Guard Corps (irgc) Quds Force commander, Gen. Qassem Suleimani, to Syria in early June. In the months before, Suleimani—who reports directly to Iran’s ayatollah—was seen on the Iraqi battlefield leading Shiite militias in the fight against the Islamic State. During his few days in Syria, Suleimani announced that “the world will be surprised by what we and the Syrian military leadership are preparing for the coming days” (Al-Quds al-Arabi, June 2).

In late July, despite a United Nations travel ban imposed on the Iranian general for past terrorist activities, Suleimani visited Moscow and met with Russian President Vladimir Putin. While the U.S. State Department dithered on whether or not Suleimani broke the law, Iran and Russia were hatching a plan for Syria.

Just days before, President Obama said Putin had called him and they had an encouraging talk about solving the Syrian crisis. Mr. Obama suggested that Moscow “could be enlisted in a diplomatic settlement to the Syrian civil war along lines Washington and its Arab allies support” (Washington Post, September 8). But within a week, Suleimani was in Moscow unrolling a large map of Syria, showing how a series of setbacks could be turned into victory—with Russian intervention, of course.

When Suleimani returned to Tehran, Iranian state media trumpeted that the meeting had concerned the sale of military hardware to Iran. Now we know that Suleimani’s visit was to plan Russia’s move into Syria to bolster its ailing ally.

Once again, the U.S. was hoodwinked.

As was the case with other recent Russian military interventions such as in Ukraine, in late August unconfirmed reports started to appear that Russian advisers had been spotted with Assad’s troops. At first, Russia denied having troops on the ground in Syria. But in early September, when satellite imagery captured a forward operating base in western Syria that was accommodating Russian fighters, helicopters and tanks—Russia had to come clean.

On September 28, President Putin used his first address to the United Nations in 10 years to call on the international community to stand behind Syria’s government for the sake of undermining the Islamic State.

However, a look at where Russian fighters have attacked so far indicates that Russia is going less after the Islamic State than it is the anti-Assad rebels. At the start of October, fewer than 10 percent of Russia’s missiles had struck the Islamic State or al Qaeda-affiliated targets, according to the U.S. State Department. “It’s clear that Russia’s strategy in Syria is to make the conflict binary by giving Syrians only two choices: Assad or isis,” said John Schinder, former U.S. intelligence analyst (Daily Beast, October 8).

What’s worse, many of those rebel groups are backed by the U.S. It’s a common sight on the Syrian battlefield today to see American-made antitank missiles being fired by cia-approved rebel factions against Russian-built Soviet tanks.

Then there are reports of American fighters being approached by Russian jets over Syrian skies. On October 20, U.S. pilots were warned by their top commanders not to react to any Russian military planes. This is just another sign of Russia’s brazen confidence, knowing America will avoid conflict at all costs.

Four years ago, the U.S. said “Assad must go.” Ever since, Russia has outmaneuvered the U.S., to where Washington is now “flexible on the timetable” for Assad’s departure. How long before America completely abandons its position and agrees with Putin that it would be best for Syria if Assad remained in power?

In the Syrian battle of wills, Russia has beaten the U.S. Whether or not Putin decides to stay in the Middle East does not really matter: The damage to American prestige is done. American power no longer dominates the Middle East.

America’s traditional allies in the Gulf, as well as Israel, are taking notice and will have to look elsewhere for the protection once guaranteed by America.


A Surprise for Putin

Through all the gamesmanship between the U.S. and Russia, one more non-Mideast power stands to be affected by the situation in Syria: Europe.

Europe is trying to decide what to do with the hundreds of thousands of Syrian migrants that have arrived at its borders. However, many realize that solutions will fall short unless something is done at the main source: Syria.

Earlier this year, Europe, like the U.S., was hoping that a change in the Syrian regime was near. Now, with Russia’s intervention, European hopes have been dashed. And undoubtedly, Russia isn’t too disturbed by how the immigration crisis will weaken Europe.

As it stands now, Europe is not united enough, strong enough, and does not have enough political will to confront Russia in Syria. Indeed, Europe is barely able to form a united front against Russia in the European border nation of Ukraine.

But while most commentators will scoff at the idea of European intervention in Syria—especially now that Russia is there, and the U.S., its nato ally, is weakened—Bible prophecy says that is exactly what will happen.

Putin’s power play in Syria will not last but, in fact, will be short-lived. According to a prophecy found in Psalm 83, the Syrian people won’t look to Russia as an ally, nor to Iran. Ultimately they will look to a German-led Europe!

That is when you will really begin to see power exerted over the Middle East.