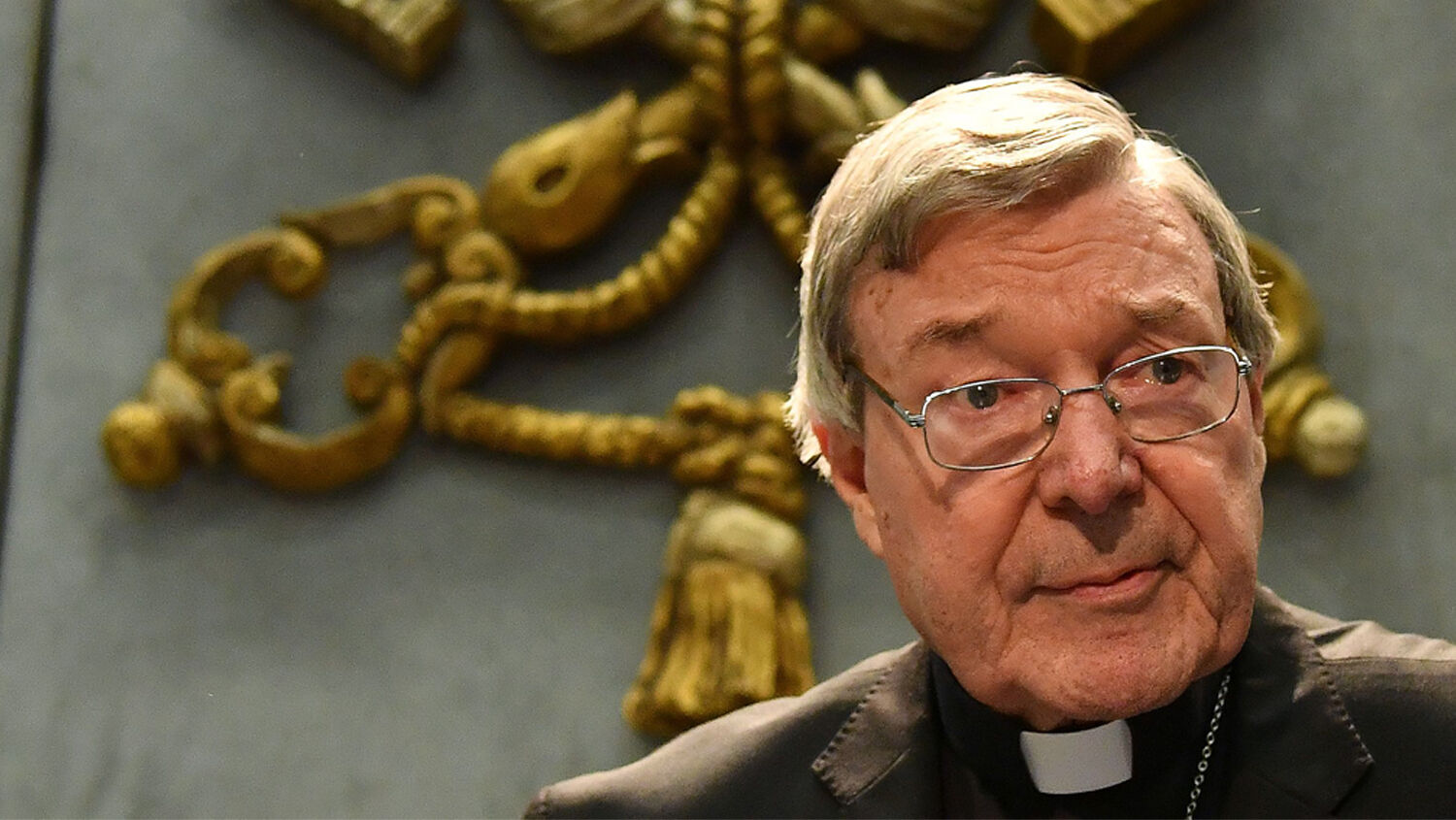 Australian Cardinal George Pell looks on as he makes a statement at the Holy See Press Office, Vatican city on June 29, 2017 after being charged with historical sex offences.
ALBERTO PIZZOLI/AFP/Getty Images

The third-highest-ranking member of the Roman Catholic Church, Cardinal George Pell, has been charged with sex offenses related to the abuse of young boys and girls within the church. The charges are the latest in an ongoing investigation into sexual abuse by the Catholic Church in Australia.

Cardinal Pell has been ordered to appear in Melbourne Magistrates Court on July 18, Victoria Deputy Police Commissioner Shane Patton said at a press conference on Thursday.

While not taking questions, the commissioner said the charges related to “multiple complainants.” The accusations date back to Pell’s time as a priest, archbishop and cardinal in Australia.

In 2014, Pell was chosen by the pope to serve as the Vatican’s chief financial officer, known as prefect of the economy. He immediately moved to Rome, where he currently resides in an apartment block just outside the Vatican walls.

These criminal charges are not the first attempt to bring Pell back to Australia to answer accusations. The 2016 Royal Commission Into Institutional Responses to Child Sexual Abuse summoned Pell to Australia to question him about how he handled child-abuse cases while in Australia. He did not comply, due to apparent health issues.

There is no extradition treaty between Australia and the Vatican. Should he stay in Italy, Pell could potentially avoid jail time. But most expect the ailing cardinal to travel back to Australia to defend himself in court.

Many have defended Pell’s work in Australia over the years, saying that he worked to clean up the church as allegations of pedophilia arose. In his days as archbishop of Melbourne, for example, he removed 20 priests because of sexual abuse allegations. In Sydney, he supposedly dealt with another 50 issues.

But evidence shows that sexual abuse was taking place right under his nose and being covered up.

After studying abroad, the young Pell returned to Australia in 1971 and quickly rose through the ranks. A later investigation showed that during his time there, priests in his diocese who were sexually abusing children were quietly relocated and their crimes overlooked. Pell told the Royal Commission that he was unaware of the pedophile problems. Many victims were angered by Pell’s vague and unapologetic tone during his testimony.

Pell also commented that abuses were carried out by individuals, dismissing the notion that the problems were systemic within the church organization. His response to these questions bears fresh scrutiny in light of the most recent charges that Pell wasn’t just covering up but participating in abuses.

The Australian church has a long history of abuses and cover-ups. Priests like Kevin O’Donnell have admitted to abusing dozens of adolescents over their time in the priesthood. O’Donnell abused children for 50 years. (The Catholic Church never defrocked him, and many priests even attended his funeral in 1997.) Then you have Gerald Ridsdale who, on the day he pleaded guilty, walked into the courthouse shoulder-to-shoulder with George Pell. The Catholic Church intimidated victims, ignored reports, and reshuffled people for 32 years before Ridsdale’s crimes were exposed. Then there is Anthony Bongiorno, who abused children for 30 years when he worked in Melbourne’s parishes.

These are not isolated cases. During the Royal Commission, the Catholic Church revealed that between 1950 and 2009, 7 percent of Australia’s priests were accused of child-sex offenses. It amounts to 4,444 alleged cases—and these are just the abuse victims who actually came forward. This is data the Catholic Church was forced to release as part of the Royal Commission; without the commission, it is unlikely the church would ever have revealed the information. Also, the data was sourced by the church, which had for decades worked to suppress these reports, casting doubt on whether the data tells the full story. As abc pointed out, “The survey sought responses from 75 [Catholic Church] authorities but only shows results for 26 of those authorities. Any authority with fewer than 20 claims of abuse has been left out.”

Now, one of the highest-ranking Catholics in the world—a confidant and close adviser to Pope Francis—stands accused of some of the most disgusting abuses imaginable. The shadow over the church in Australia reaches back to the Vatican. The same can be said for abuses in America, Ireland and across Europe.

Those who would dismiss this as an anomaly, the case of a few rogue priests sullying the reputation of an otherwise irreproachable organization, should look more deeply into Catholic history. We provide a study into the subject in our book The Holy Roman Empire in Prophecy. The extent of suffering inflicted by this church goes far beyond the thousands of victims speaking out in recent years.

This book also shows how the church’s activities throughout history were actually prophesied in your Bible, and reveals what Scripture says about what the Vatican will do in the future. This is deeply important and fascinating study, and it puts headlines like those surrounding Cardinal Pell in their proper context.