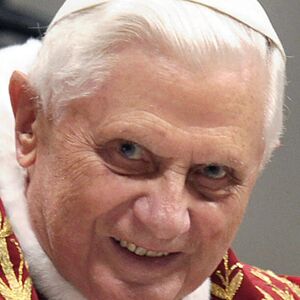 Pope Benedict XVI went to great pains to distance the Vatican from the troubles of the Catholic Church in America during his recent visit.

For six days the small, stooped, white-clad figure of the Bavarian spiritual leader of the world’s 1 billion adherents to the religion of Rome was the focus of the mass media in America. Benedict xvi came, he saw—but did he conquer the hearts of American Catholics? So many Americans have embraced liberalism since Vatican ii; and so many have become disaffected with their religion as a result of the corruption of large segments of the priesthood resulting in the great pedophilia scandal. Were they convinced that justice would be done and the church healed by Benedict’s declarations to the masses and to the bishops who gathered to hear his messages?

It has been said that the crowds came to see Pope John Paul ii, but they come to hear Benedict xvi.

Lacking the charisma and personality of the Polish Pope Karol Wojtyla, Joseph Ratzinger relies on his brilliant intellect and well-honed skills as a communicator to attract and hold the attention of his audience. Over the three years of his pontificate, Benedict xvi has consistently attracted larger audiences to witness his weekly homilies in St Peter’s Square than did his predecessor.

It is what this pope says, and how he says it that makes the difference.

A prolific writer and speechmaker, Benedict has capitalized grandly on the revival of Roman Catholicism initiated by his popular predecessor.

As a very professional team, John Paul ii and his closest confidante, Cardinal Josef Ratzinger, worked hard to purge the priesthood of the radical liberal element that had penetrated it since Vatican ii. They were a hugely successful team in this initiative. The capstone on their deliberalizing effort was the appointment of a record number of conservative-oriented cardinals to the Roman curia. This guaranteed that John Paul ii’s legacy of a church largely purged of its liberal elements would be consolidated under the most conservative of pope’s following John Paul’s death. So emerged the pontificate of Josef Ratzinger, with his dedication to reviving the Roman church in a form that it once enjoyed in its heyday, prior to the dislocation of Europe following the two great world wars.

Benedict inherited a pastorate of a geographic configuration in Europe not enjoyed by Rome since the age previous to World War i. The dream of a Catholic Europe extending from the North Atlantic to the Ural Mountains is now so close to being achieved. All that stands in the way of the fulfillment of that oft-quoted vision of John Paul ii’s is a cantankerous Russia, intent on stemming the European Union’s tenacious march eastward.

Aware of the need for strengthening the Vatican’s political and spiritual relationship with its traditional protector, Germany, so as to consolidate Rome’s pan-European vision, Benedict wasted no time in visiting his home country upon ascending to the papal throne.

Very much aware of the deep symbolism of his actions, Benedict’s first international visit in his role as pontiff was to Bavaria, traditional home to Germany’s last imperial leader, under whom the young Josef Ratzinger had served as a member of the Hitler Youth. He chose his old alma mater, the University of Regensburg, as the venue for the delivery of a now famous speech on Sept. 12, 2006, containing a direct challenge to Islam in the spirit of the old Holy Roman Crusades (see “Lighting Iran’s Fuse”). Ever since that speech, the words chosen so deliberately and delivered so carefully, the most astute Islamists have understood that in Benedict the pan-Islam movement faces a formidable opponent.

Just so, the timing of Benedict’s visit to the United States, the choice of venues and the carefully crafted speeches he delivered were all deliberately designed to have maximum impact on the pope’s American audience. One of the pope’s main purposes in visiting America was to put to bed the great scandal that swept the Catholic Church in that country in recent years, and distance Rome from any blame as to its causes.

The penetration of the priesthood in America by a homosexual element that reached to the church’s highest levels presented Rome with a real headache at a time when it was seeking to rebuild its spiritual and political power back to the levels enjoyed before the onslaught of communism. It was an embarrassing distraction that Benedict showed—in one of the speeches he delivered just prior to his elevation to the papal throne—that he was determined to deal with. “Conservatives took heart when then-Cardinal Ratzinger denounced the ‘filth’ within the church at Good Friday services just weeks before his election as pope in 2005. They understood him to refer to sexually active gay clergy whom right-wing Catholics blamed for the sexual abuse of minors” (Slate, April 11).

Concerning Ratzinger’s determination to confront the penetration of the church by a homosexual element, Bloomberg reported: “Within months of his papacy, he began confronting what he had called a culture of ‘filth’ in the church. Men showing ‘deep-seated homosexual tendencies’ can’t be priests, decreed the Vatican body in charge of seminaries, in 2006. Priests have been dismissed, and settlements with victims reached” (April 15). But has justice really been done?

In order to contend with the embarrassment that media exposure of a deep-seated subculture of homosexuality within the American church had brought on Rome, the Vatican has consistently sought to hold to its own ruling on how such matters are to be dealt with. The Vatican has traditionally endorsed a policy of the utmost secrecy on such issues, which, as church history shows, is certainly not unique to this age.

In April 2001, John Paul ii realized that the cat was out of the bag and that the policy of secrecy had been profoundly breached within the church in America as accusations of pedophilia started to mount with subsequent wide exposure through the press and mass media. He subsequently directed Cardinal Ratzinger in his office of prefect of the Congregation for the Doctrine of the Faith to deal with this massive embarrassment to the church.

Ratzinger’s response was to immediately correspond with every one of the church’s bishops to remind them that they were bound, under canon law, by an oath of the most intense secrecy on such matters. In his letter of May 18, 2001, sent to the bishops, Cardinal Ratzinger pointed to the Vatican’s firm instruction, issued from Rome in 1962, that, in respect of any accusation brought against a priest involving solicitation, “those same matters be pursued in a most secretive way … they are to be restrained by a perpetual silence (Instruction of the Holy Office, February 20, 1867, n. 14), each and everyone pertaining to the tribunal in any way … is to observe the strictest secret, which is commonly regarded as a secret of the Holy Office …” (Vatican Press, “Instruction on the Manner of Proceeding in Cases of Solicitation,” 1962; emphasis mine throughout).

What concerned some lawyers acting for alleged victims of priestly abuse was Ratzinger’s endorsement of a key clause on secrecy contained in the Vatican’s 1962 instructions. Item 13 under the Preliminaries section of the instruction states, “The oath of keeping the secret must be given in these cases also by the accusers or those denouncing [the priest] and the witnesses.” Some lawyers regarded this as an obstruction of justice.

Yet of even deeper concern to judicial experts is a phrase contained in item 52 of the Vatican’s instructions, which states, “In every way the judge is to remember that it is never right for him to bind the accused by an oath to tell the truth (Cfr. Canon 1744).”

Thus the clash between Holy Roman law and English Common Law is most significant when viewing these cases within the American perspective.

So it was that, during his recent visit to the United States, Benedict approached the question of priestly abuse of parishioners very deliberately, with carefully chosen words delivered in a manner so as to leave no doubt in any thinking person’s mind as to what he saw as the cause of the problem, where the blame was to be placed, and whose job it was to deal with it.

What is most interesting is that in his address to the bishops, delivered at the National Shrine in Washington, d.c., in no way did the pope sheet home any blame for the scandal of priestly abuse of minors to Rome. Nor did he indicate that the Vatican would intervene in the process of any effort to clean up the priesthood in America. He definitely emphasized that this was a problem that rests with the diocese within which the crimes were committed and as such it was up to the local dioceses to deal with it. He made no mention of his former instruction by letter to the bishops to enact the oath of silence on such issues.

Within the context of Benedict’s speech, it becomes patently obvious that the problem is an American problem, and that the responsibility belongs with the American bishops to continue to handle the problem. Although a total of 19 bishops have been named as involved in either abuse of parishioners, or in the resultant cover-up, not one has been penalized by Rome! A careful reading of that speech delivered to the bishops in Washington indicates Benedict is intent on distancing Rome as far as possible from any responsibility for the scandals involving the clergy within the Catholic Church in America.

In his homily addressed to those gathered at Washington Nationals Stadium on April 17, Benedict acknowledged “the pain which the church in America has experienced as a result of the sexual abuse of minors,” then unbelievably declared that “Great efforts have already been made to deal honestly and fairly with this tragic situation.”

That is a mind-blowing statement, especially considering that bishops who were either directly involved in pedophilia or who aided and abetted continuance of these crimes by their efforts at cover-up, retain not only their priestly offices but continue as free men in society when others, not of a priestly vocation, who indulge in such crimes serve considerable sentences behind bars! Where is the honest, fair dealing in Rome allowing the continuation of such a damnable situation?

As the Trumpetreported last week, “By apologizing for the sexual abuses perpetrated on children by Catholic priests, Benedict is trying to reduce the tension between America and Rome. The financial contribution that American Catholics make to the Vatican coffers annually is huge. Benedict can ill afford [at present] to disaffect America’s Catholics by assigning to their culture the total blame for Roman Catholic pedophilia. However, by at least partially assigning the blame for those abuses to the breakdown of American society, Benedict is trying to make the Catholic Church actually look like the solution—not only to child abuse, but to America’s depraved sexual culture in general.”

But there’s a missing piece to the pope’s logic. He completely ignores the litany of sexually-related crimes perpetrated by church fathers and their camp followers down through the ages, chief of which were the notorious renaissance popes of Rome. And he makes no mention of the culture of Vatican-endorsed entrenched secrecy that surrounds such scandal.

Sexual sin within the church is not unique to America.

The history of the Roman church is peppered with such crimes extending from the most senior Vatican office down to the most junior of its clergy. By ignoring the infamous contribution that Rome has made toward the perpetration of the scandal of priestly abuse of their parishioners, by perpetuating Vatican endorsement of the oath of utmost secrecy—demanded of the accuser in particular—Rome has been a principal contributor to the perpetuation of the great shame brought upon its religion in America.