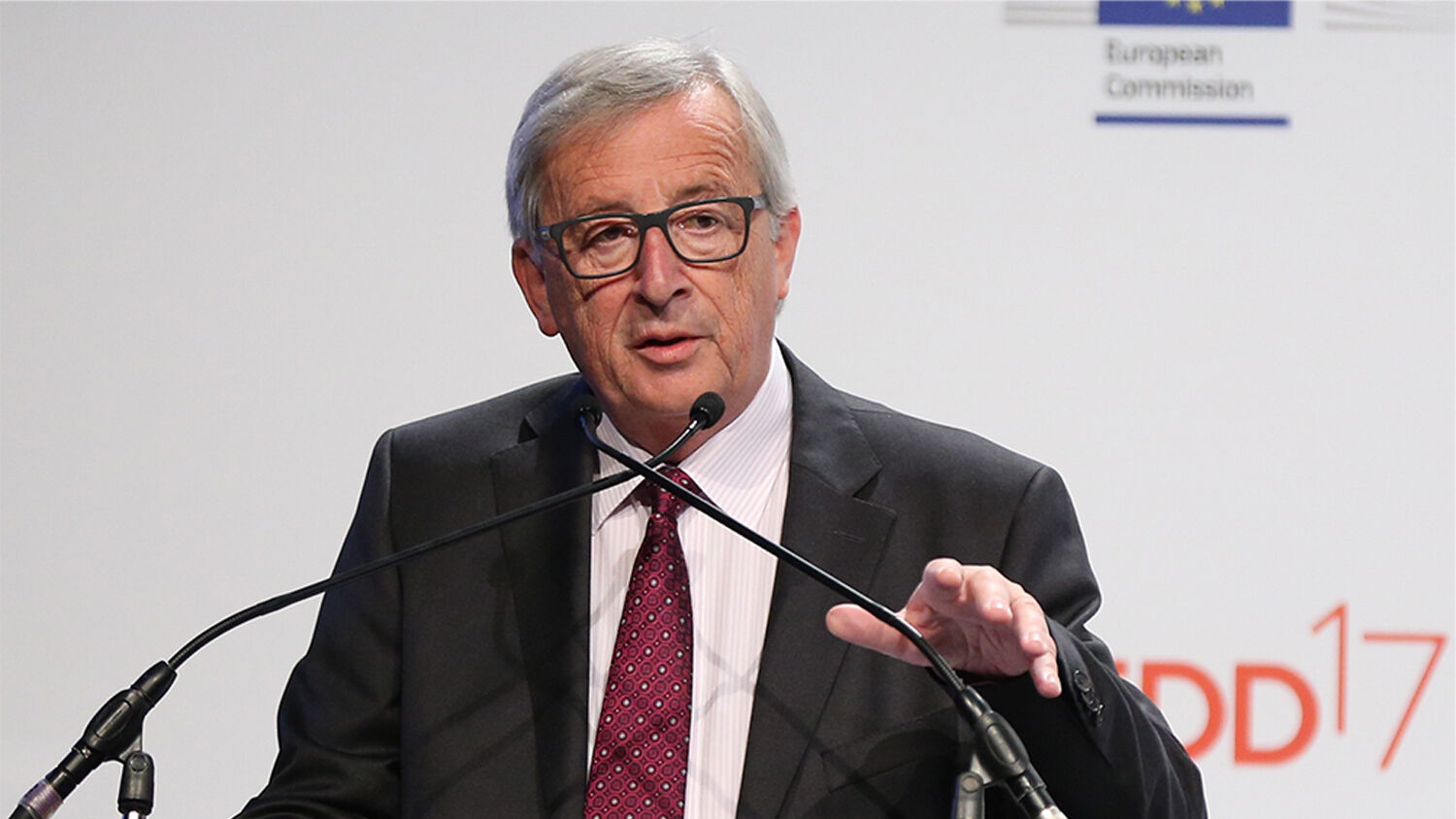 President of the European Commission Jean-Claude Juncker delivers a speech during a ceremony within European Development Days 2017 in Brussels, Belgium on June 7, 2017.
Getty Images

EU Commission proposes a security and defense union independent of Britain and the U.S.

The European Commission published a reflection paper on June 7 outlining three proposals on how to transform and even unify the bloc’s military. It took practical steps to achieve this, launching the European Defense Fund that will eventually spend €5.5 billion (us$6.15 billion) per year on defense equipment. The day before the publication, Commission President Jean-Claude Juncker said: “The EU must not only complement nato but also react independently and appropriately to external threats.”

Europe has renewed interest in these plans after United States President Donald Trump’s recent visit to the Continent. “I see the tide turning,” Junker told a conference in Prague, June 9. “Although the European Union has more than a dozen military missions abroad, the world’s biggest trading bloc has never been able to match its economic might with broad defensive power, preferring to rely on the North Atlantic Treaty Organization.”

“nato can no longer be used as a convenient alibi to argue against greater European efforts,” he said. The U.S. is “no longer interested in guaranteeing Europe’s security in our place.”

One of the top priorities of German mep Manfred Weber, of the Christian Social Union, is a Common Defense Union. He is seen as the most powerful German in Brussels. In a recent interview with German newspaper Die Welt, he said that a European Army will come “faster than many believe.” Weber said (Trumpet translation):

In the moment, we are still talking about small segments. But if we are going to ensure order in the Mediterranean through European missions or fight against terrorists in Africa, then we will also have more European decisions. And then, European soldiers will actually be sent into their missions by the European Parliament.

Previously, such plans have been vehemently opposed by London. But these opinions don’t matter to Weber anymore. He doesn’t “care about the city of London’s interests,” as he said in an interview at the end of March with bbc Radio 4. But the remaining countries in the EU still will have to decide whether and how they want to strengthen the Defense Union, which Weber calls “a must.”

The Commission’s paper is designed to guide the EU member’s decision-making, presenting three scenarios for the EU’s military future. All of them speak about an EU that closely cooperates with the nato military alliance, but the scenarios vary in how voluntary or mandatory the Defense Union will be.

The most ambitious and most favored of these scenarios is the third, called Common Defense and Security, which critics claim to be an attempt at forming a “Second nato.” The proposal suggests that the EU forms a common defense policy based on Article 42 of the EU Treaty. In this scenario, the EU and nato would have a shared responsibility to protect Europe, meaning that Europe will no longer act only within the nato framework but also on its own.

The European Commission press release says that this scenario includes joint defense programs as well as a dedicated European Defense Research Agency: “This would also foster the creation of a genuine European defense market, able to protect its key strategic activities from external takeovers.” Currently the EU’s military still heavily relies on foreign arms manufacturers, mainly from America; the European Commission plans on changing this.

Manfred Weber already has concrete suggestions on how the defense cooperation could develop its own weapon systems. For example, he says that the EU should start by developing its own modern drone’s technology, as well as its own defense, as well as offensive cybertechnologies.

“People across Europe are worried about their and their children’s security. Complementing our cooperation with nato, we need to do more and better ourselves. Today we are showing that we walk the talk. The Fund will act as a catalyst for a strong European defense industry which develops cutting-edge, fully interoperable technologies and equipment,” said European Commission Vice President for Jobs, Growth, Investment and Competitiveness Jyrki Tapani Katainen.

The EU would in the future then also lead antiterror missions in the Middle East and Africa, be able to protect its own borders, develop its own cybercapacities, and other “high-end security and defense operations.”

The late Herbert W. Armstrong, editor in chief of the Plain Truth, predicted accurately in 1980: “You may be sure the West European leaders are conferring hurriedly and secretly about how and how soon they may unite and provide a united European military force so they can defend themselves!” (Plain Truth, April 1980). (Request our free booklet He Was Right.)

Whatever name you want to give it—a Defense Union, European Army, Military Alliance, Second nato, etc—the trend is clear: Europe’s military will soon act independently and more powerful than ever. Various prophecies in the Bible talk about Europe as a military superpower that turns its back on the United States and will eventually betray it. For more information on this, read our article “Could a European Military Actually Work?”