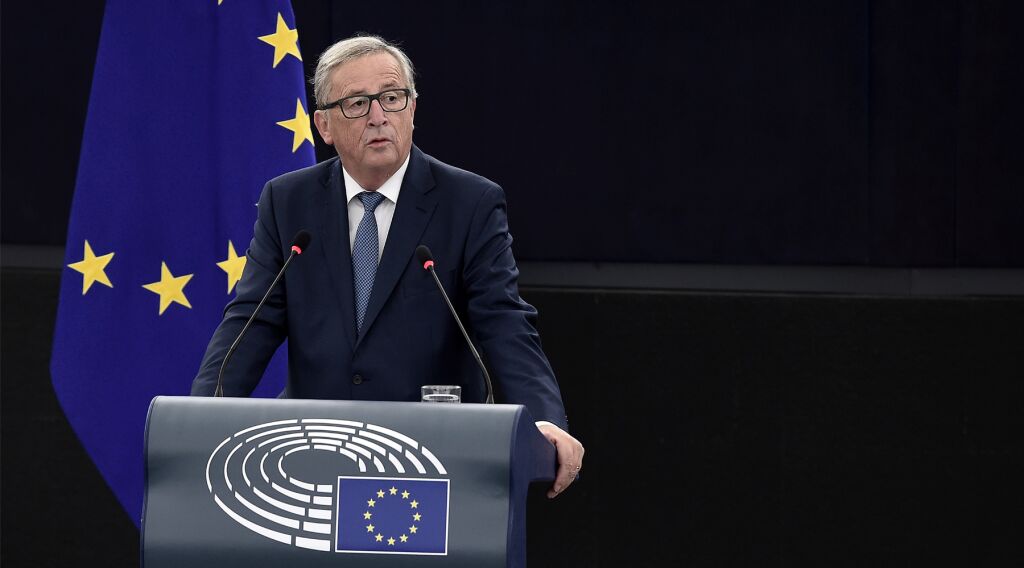 Many say the EU’s latest push for a combined military is doomed to fail. Are they right?

“Our European Union is, at least in part, in an existential crisis.” That was the grim assessment of European Commission President Jean-Claude Juncker in his September 14 State of the Union speech. One solution: European military cooperation.

“Europe needs to toughen up,” Juncker said. “Nowhere is this truer than in our defense policy. Europe can no longer afford to piggyback on the military might of others or let France alone defend its honor in Mali.”

In a Europe hit by the euro crisis, a wave of terrorism, mass immigration and now Brexit, a European army is one of the few things most of the leaders can agree on. Leaders from Germany, France, Italy, Czechia (formerly known as the Czech Republic), Hungary, Poland and Slovakia have all called for a common military.

Federica Mogherini, the European Unions’s de facto foreign minister, said earlier in the month that this time the push for a shared military is “the real stuff.”

“Whenever I present the plan to ambassadors, ministers … my last slide is that all of this requires political commitment,” Mogherini said. “At the moment, I don’t see resistance; at the moment, I see readiness.”

Nonetheless, cynicism about the EU’s latest push abounds. “EU Army? Much Ado About Nothing,” was the verdict of EurActiv, for example.

There is good reason for thinking this. The EU has pushed for military sharing before, and it has failed—but not only because of Britain.

At a meeting in Bratislava, Slovakia, on September 16, EU leaders—minus Britain—agreed on a timeline for developing this military cooperation. The European Commission will put forward concrete proposals in December, and governments will aim to form an agreement by June.

The meeting seemed like a success, but the conference ended on a sour note of failure. The French, Italian and German leaders had planned to put on a united front with a joint press conference. But Italian Prime Minister Matteo Renzi pulled out. “I cannot hold a press conference with [German Chancellor Angela] Merkel and [French President François] Hollande if I don’t agree with their positions on immigration and the economy,” he said.

Italy was not the only critic. Hungarian Prime Minister Viktor Orbán called the bloc’s migration policy “self-destructive and naive.” And this came after European Council President Donald Tusk called Orbán and Polish Prime Minister Beata Szydło aside and asked them to be less critical of Brussels.

“A summit that was supposed to be a display of unity revealed only further division,” concluded Guy Verhofstad, leader of the Alliance of Liberals and Democrats for Europe Group in the European Parliament.

“The European Union’s list of crises keeps growing,” he wrote. “But beyond the United Kingdom’s ‘Brexit’ vote to leave the bloc, Poland’s constitutional-court imbroglio, Russian expansionism, migrants and refugees, and resurgent nationalism, the greatest threat to the EU comes from within: A crisis of political leadership is paralyzing its institutions.”

That is the root of Europe’s problems right now. Juncker is looking to a European army as one way to solve the Continent’s divisions. European military cooperation cannot possibly be that solution.

Does this make the current push irrelevant? No.

Europe still shows signs of making progress. It will come with the squabbles, holdups and messy compromises that accompany European politics—but progress nonetheless.

Never before has a European military been so high on the agenda of Europe’s leading powers. Defense ministers from France and Germany, Europe’s most powerful remaining countries, sent a six-page paper to the EU’s Foreign Service on September 11. Süddeutsche Zeitung and Le Figaro both saw it. The latter reported the paper as stating, “In the context of a deteriorating security environment … it is high time to reinforce our solidarity and European defense capabilities in order to more effectively protect the citizens and borders of Europe.”

France is trying to fight terrorism by expanding its involvement in North Africa at the same time that it cuts its spending to deal with the economic crisis. The only way to square that circle is to get other nations to foot some of the bill, and an EU military is the best way to make that happen.

Meanwhile, Germany’s role in the world is going through a revolution. Having taken a back seat for decades—at least when it comes to military matters, Germany has declared that it is “prepared to take the lead.” But the German military has little recent experience in big overseas operations. It’s working on improving its military’s ability to deploy overseas—but the quickest way to do this is to work with other nations.

Brexit is also very significant. Britain wasn’t the only obstacle to strong cooperation, but it was a major one. Britain blocked “[e]very step forward,” former Italian Chief of the General Staff Gen. Vincenzo Camporini told La Repubblica newspaper. “The British position was crucial—everyone knew that without London, you couldn’t even begin to talk about a common European defense policy.”

The so-called “euroskeptic” nations of Eastern Europe are generally on border with the project too. They tend to oppose anything that seems like “more Europe,” but military cooperation—provided it is significantly robust—is something they’re all in favor of. They want something to guarantee that France and Germany will help them against Russia.

On October 6, the European Border and Coast Guard Agency officially launched. This was a major project, originally kicked into the long grass. EU insiders didn’t expect it to be completely ready until the 2030s.

Then the immigration crisis and terrorist attacks in France meant the project was fast-tracked and completed in under a year.

The border force gives a great example of what to expect from the latest push for an EU military.

At first glance it looks like a joke. It will have 1,500 border guards and an eventual budget of $360 million. By comparison, the United States Coast Guard alone has 42,000 active duty personnel, with thousands more in reserve, and a budget of around $10 billion.

The comparison is unfair; each individual EU nation also has a coast guard and border force. But 1,500 is a small number.

But the principles that this new force establishes are huge.

“Today is a milestone in the history of European border management,” said Commissioner for Migration, Home Affairs and Citizenship Dimitris Avramopoulos. “From now onwards, the external EU border of one member state is the external border of all member states—both legally and operationally.”

That’s a major step toward a superstate.

Furthermore, the new agency will be able to deploy its border guards to an EU nation “on its own initiative.” It can send in its soliders, even if the country they’re going to does not want the deployment. EU nations are giving up the legal right to have a monopoly of force within their own borders. For the first time, there will be a pan-European military force with the right to go anywhere it wants within the Union.

Now that this border force has been created, ramping it up later would not be too difficult.

One of the key items next on the agenda is to create a single European headquarters and command structure. The EU has already engaged in military missions. It has already formed European battle groups, but they have never been used. Having a decision-making body and clear chain of command constantly in place can make those forces usable.

EU leaders are also aiming to cooperate on defense procurement projects. European militaries share some common weaknesses, such as a lack of air-to-air refueling, drones and air transport. EU leaders want to solve this on the EU level.

This would be a major practical step toward military cooperation. If this goes ahead, and Europe creates, for example, a common air transport fleet, then no individual nation would be able to launch a substantial overseas military operation without doing so on an EU level. Each European military would be dependent on the EU.

Related to this would be a new defense fund—“cash for an embryonic European air force and navy through the Brussels budget for drones, cyberdefence, air transport and naval vessels,” as the Times of London put it.

Many of these leaders have also noted that EU treaties allow a smaller group of nations to move forward on defense cooperation, even if others object.

Just like the border guards, they will probably be understaffed and underfunded. But they’ll establish important precedents and create the building blocks that could be assembled later to create a powerful force.

Herbert W. Armstrong warned of this military union for decades. In May 1953, he wrote that “10 powerful European nations will COMBINE their forces.”

The Europeans are far more disturbed about their safety in relying on United States military power to protect them than Americans realize! …Europeans want their own united military power! They know that a political union of Europe would produce a third major world power, as strong as either the U.S. or the ussr—possibly stronger!

But Mr. Armstrong also saw that this unification would not come easily. “The nations of Europe have been striving to become reunited,” he wrote in the January 1979 Plain Truth. “They desire a common currency, a single combined military force, a single united government. They have made a start in the Common Market. They are now working toward a common currency. Yet, on a purely political basis, they have been totally unable to unite.” Mr. Armstrong went on to explain that it would only be through the Vatican, “uniting church and state once again,” as has happened repeatedly in history, that a united Europe will be achieved.

A strong leader will also be an important part of this coming unification. Even in the absence of that leader, however, important progress is being made. Once that leader is on the scene, he will be able to pick up the pieces very quickly. For more on why the Trumpet expects this leader soon, read our free booklet A Strong German Leader Is Imminent.