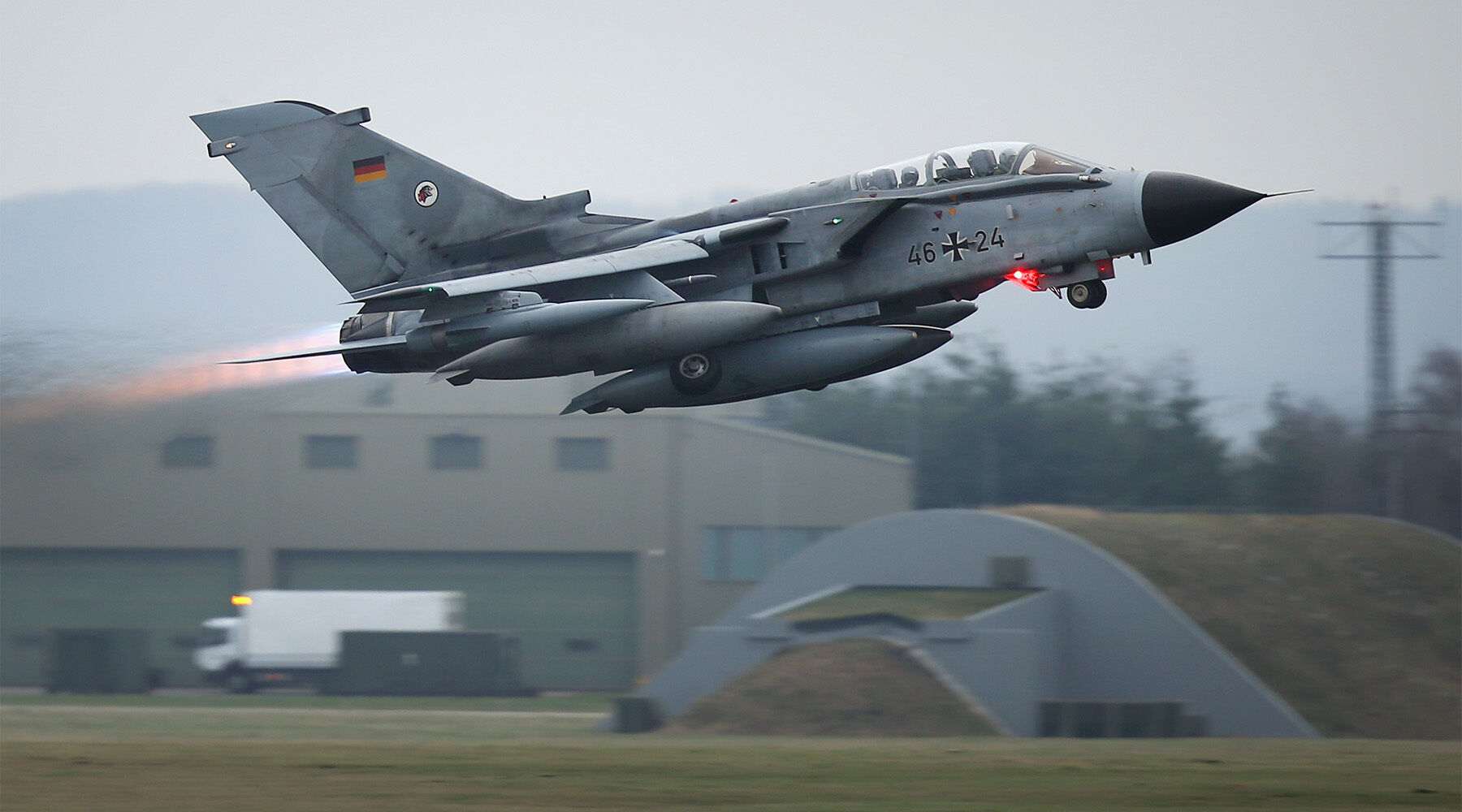 A Bundeswehr Luftwaffe ECR Tornado reconaissance jet departs for Incirlik airbase in Turkey as part of Germany’s participation in the international military intervention against the Islamic State (IS) in Syria on December 10, 2015
Sean Gallup/Getty Images

Move from Turkish air base could give Germany a strategic advantage in the Middle East.

“We were very patient with Turkey,” German Defense Minister Ursula von der Leyen said on Wednesday. She was commenting on the announcement by the German government that it will move its troops out of Turkey’s Incirlik Air Base to a base in Jordan. The move could ultimately lead to more German involvement and power projection in the Middle East.

By the end of 2015, Germany had stationed six Tornado jets at Incirlik. The jets have flown reconnaissance missions, capturing imagery to support the fight against the Islamic State in Iraq and Syria. Germany also has a refueling plane and 270 military personnel in Turkey. Longer-term plans also included building a $34 million combat headquarters, as well as other investments.

Germany’s decision to move its base of operations to Jordan did not come easily. Incirlik has been essential for Germany’s campaign against the Islamic State. But ongoing tensions between the German and Turkish governments reached the breaking point. During the back-and-forth struggle, Turkey repeatedly denied German politicians access to the air base. Since German parliament has to approve its military’s foreign missions, blocking the politicians’ access to the base has been a major obstacle to conducting missions.

Moving the German planes and personnel to another Middle Eastern country has been widely discussed in recent months, but many were concerned that the move would make the deployment more dangerous. Von der Leyen addressed the concern by saying that “the deployment in Incirlik has already been dangerous” for German personnel, and that the same will be true in Jordan. But the move also offers advantages: Cooperation with the Turkish government has been rather difficult; the Jordanian government might prove more willing to cooperate. Von der Leyen announced that in the future, Germany will direct its related investments toward Jordan rather than Turkey.

The transfer does not require an additional mandate from the German parliament and is scheduled to be completed within three months. The current mandate only specifies the deployment area as the airspace over Syria and neighboring countries, but not a specific location where German forces must be based.

The Trumpet has long watched for Germany to play a deeper role in the Middle East, including Jordan.