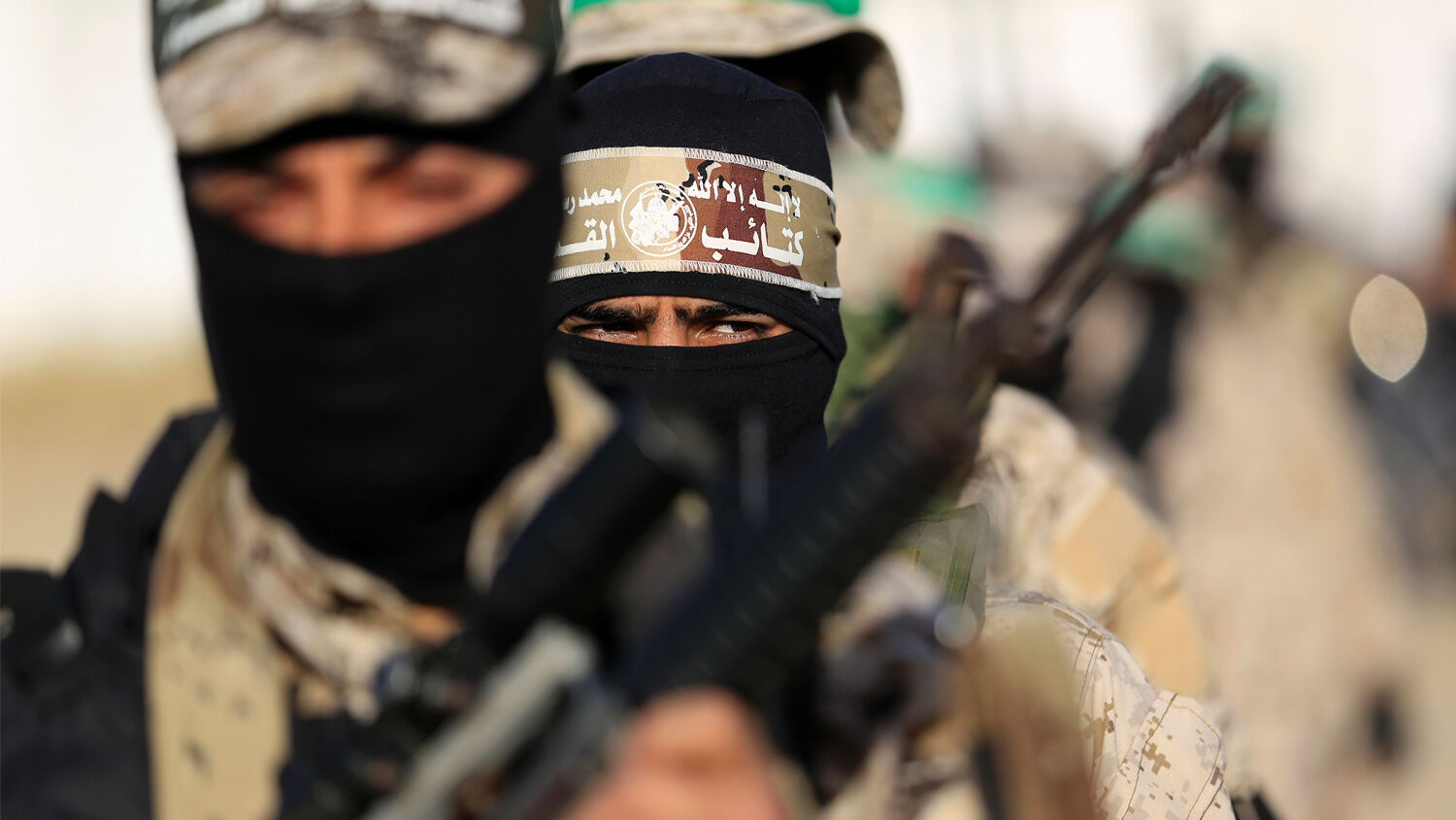 Palestinian militants of the Hamas movement take part in a rally in Gaza city on on November 25, 2016.
Getty Images

But it’s the accompanying leadership from Iran’s Jerusalem Force general that bears vigilance.

Iran and the Palestinian terrorist group Hamas have decided to renew their partnership after five years of cold relations. On Tuesday, the London daily Asharq al-Awsat announced that several weeks of negotiations based in Lebanon between Hamas, Hezbollah and Iran’s Islamic Revolutionary Guard Corps (irgc) culminated with Iran agreeing to once again fund the group.

Relations between Iran and Hamas were severed at the beginning of Syria’s civil war in 2011 when the Palestinian terrorist organization came out against Syrian President Bashar Assad, who is supported by Iran.

According to the report, most of the terms of the arrangement are still unclear. However, it noted one stipulation: Iranian support for Hamas was conditional upon Ismail Haniyeh (a pro-Iranian figure) becoming the new political leader of the movement. Unsurprisingly, Haniyeh was installed into office last week.

Presaging the announcement of the deal on Tuesday, Iranian leaders were busy sending congratulatory messages to the new Hamas leader. The most powerful example is the letter sent by the irgc Quds Force general, Qassem Suleimani:

Great tasks belong to great men; as promised, we rely on your foresight to reach a future in which the domestic crises are solved with prudence. We await to strengthen our bond with Hamas, the ally of the resistance axis, who can raise the issue of Palestine once again. To this aim, we count on your efforts to place the Palestinians on the top of the Muslims’ global fight.

Some may be dismissive of the Quds commander’s support for Hamas, but we at the Trumpet believe that his poignant comments in the context of the renewed relationship may be indicative of a shift of Iran’s focus back to its long-standing quest for Jerusalem.

Suleimani’s personal involvement bears extreme vigilance, especially in light of his personal success in leading Iran’s external arm of the irgc over the past several years.

Suleimani is arguably one of the most powerful and influential men in Iran. Following great success on Iraqi battlefields, the previously camera-shy Suleimani began to bask in the international limelight. In July 2015, he was the one sent to Moscow to implore Russian President Vladimir Putin to enter the Syrian fray. Three months later, Russian migs were flying over Syrian skies. When the Syrian regime’s campaign to capture Aleppo looked in jeopardy late last year, Suleimani was sent in. Soon after, the rebels were completely removed from the city. In February, he convened a special meeting in Tehran to discuss how Iran can further support the Houthis in Yemen, as it tries to secure a potential blockade of the southern Red Sea passageway.

The evidence is clear: Suleimani is at the vanguard of Iran’s charge across the Middle East.

Has Suleimani now been charged by the Iranian regime to finally focus on the namesake of the armed force he leads? Quds, of course, is just the Arabic name for Jerusalem.

If any mistook Suleimani’s intentions for Jerusalem or his hatred for the Jews, one must simply read his public statement in support of Hamas during the 2014 war with Israel. At the time it was published, Al-Monitor stated how rare it was for Suleimani to release such a letter, saying it reflected “a personal and emotional commitment to Palestine that Suleimani has not expressed before.” Here is part of his letter:

Palestine is a beating heart whose blood runs through the veins of mankind to present a new humanity at any time. The painful scenes of Palestine breaks our heart and covers our chests with grief—a grief that in its essence has a deep wrath—a wrath that at the appropriate time will be poured on the heads of the criminal Zionists. Before the Almighty God, we take an oath with the martyrs that we will remain bound to and not change. Just like we are and have been in doing our religious duty in supporting the resistance. We emphasize that we continue to insist on the victory of the resistance … until the ground, the sky, the sea for the Zionists turns into hell.

More than just following orders from the Iranian Supreme Leader Ayatollah Ali Khamenei, this Quds force leader has a passionate personal desire to destroy and eradicate the Jews.

It must be emphasized that this rare show of passionate, emotional support from Suleimani came at the precise time that the Iran-Hamas relationship was in peril. And yet, Suleimani bucked the trend and issued a statement of solidarity with the Palestinian cause.

If Suleimani hadn’t been so effective in pursuing the objectives of the Iranian regime in the past, his rhetoric about Israel could be largely ignored. With numerous victories in foreign theaters already to his name, however, Suleimani’s personal support for Palestinians in the context of renewed partnership of Hamas necessitates a watchful eye from Israel.

Trumpet editor in chief Gerald Flurry has forecast since 2006 a strengthening of the relationship between Iran and Hamas leading to a possible Hamas takeover of the West Bank. While biblical prophecy indicates that the Palestinians will eventually fall from Iranian patronage in favor of a Sunni alliance, Iran has always been willing to ally with any group, regardless of religious affiliation, in order to pursue its objectives.

And Jerusalem, as the Quds Force name indicates, has always been the ultimate goal.

For more understanding of the ramifications of a strengthened Iranian relationship with Hamas, particularly as Hamas vies for Palestinian leadership, please read Gerald Flurry’s article “Iran Conquered Lebanon … Now What?”