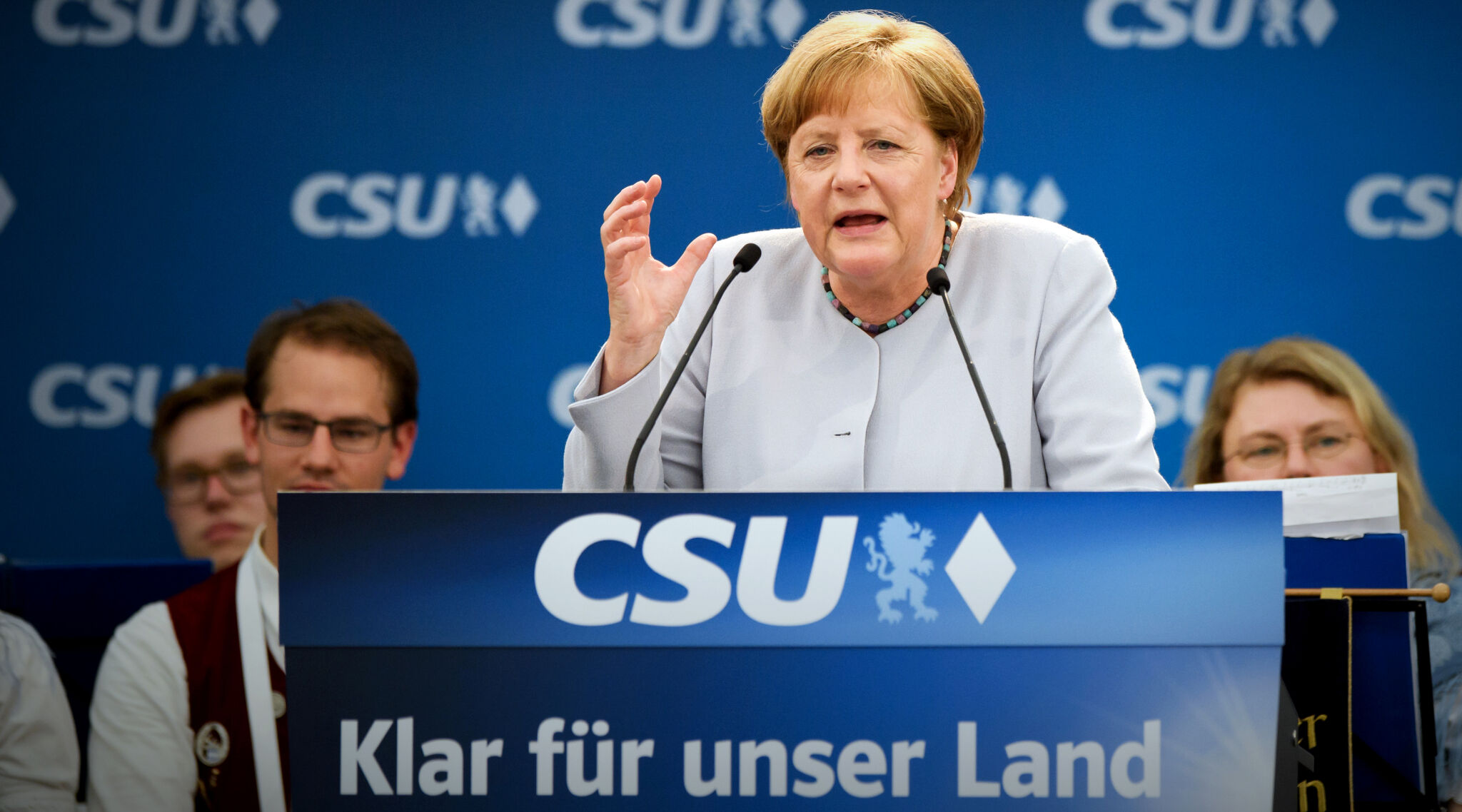 The German chancellor calls for a drastic turning point in U.S.-European relations.

German Chancellor Angela Merkel on Sunday urged Europe to free itself from U.S. dominance and “fight for its own future” (Trumpet translation throughout). Her speech at an appearance campaign in a Bavarian beer tent came just after the G-7 meeting with President Donald Trump. Her remarks were celebrated in Germany and abroad as a strong stance against the U.S. president.

“The times where we could fully rely on others are partially over. That’s what I experienced in the recent days,” Merkel said, referring to the G-7 meeting with President Trump. “We Europeans really have to take our destiny into our own hands.” Although Merkel did not directly mention Donald Trump by name, her speech was aimed at him, and it was stronger than ever before.

German Foreign Minister Sigmar Gabriel called the past G-7 meeting a sign that “the world’s balance of power” is shifting. He backed Merkel’s statements by saying that under President Trump, the U.S. fails as “an important nation.” British newspaper the Independent said that Merkel’s speech suggests she is “starting to make the case for a different EU, one that is stronger, more self-reliant and disinclined to look to the United States for leadership.”

“We have to know that we must fight for our future on our own, for our destiny as Europeans,” the German chancellor said.

“This seems to be the end of an era, one in which the United States led and Europe followed,” Ivo H. Daalder, director of the Chicago Council on Global Affairs and former U.S. envoy to nato, told the New York Times. The Times said Ms. Merkel is potentially ushering in a “seismic shift in transatlantic relations” in which “Germany is becoming an increasingly dominant power in a partnership with France.”

The relationship between Europe and the U.S. has drastically deteriorated since the beginning of Trump’s presidency. On May 28, President Trump once again caused much uproar in Germany by commenting behind closed doors about Germany’s unacceptable trade behavior. Later at a meeting with EU’s nato leaders, he criticized European nato member states again for not living up to their commitment in the security alliance. Moreover, he rejected Europe’s Paris agreement against climate change this past weekend. Thus, all hopes to find common ground on Trump’s Europe tour vanished.

The timing could not come at a more challenging time for Europe. Britain’s decision to leave the EU urges Europe to cooperate more strongly, a rising Russia in the east urges Europe to build up its military, the refugee crises urges Europe to get more involved in the Middle East. Formerly, Germany and Europe relied on America’s leadership in such a trying crisis, but as Chancellor Merkel said, Europe can no longer rely on its partners and instead needs to take its destiny into its own hands.

Europe has already been working for years toward more independence from the U.S. Donald Trump now gives it the necessary urgency to act, and it is doing so. The Washington Post wrote: “European leaders are developing plans to deepen military cooperation independently of the United States. They are also reaching out to economic partners in Asia that Trump has spurned.” A united European military superpower, as well as a European trade alliance with Asian nations, is prophesied in your Bible.

The Trumpet watched this development for years and saw Germany prepare for a prophesied break from America. Although Europe is still too divided and lacks the military power to stand alone, it is rapidly preparing for a future without the U.S.