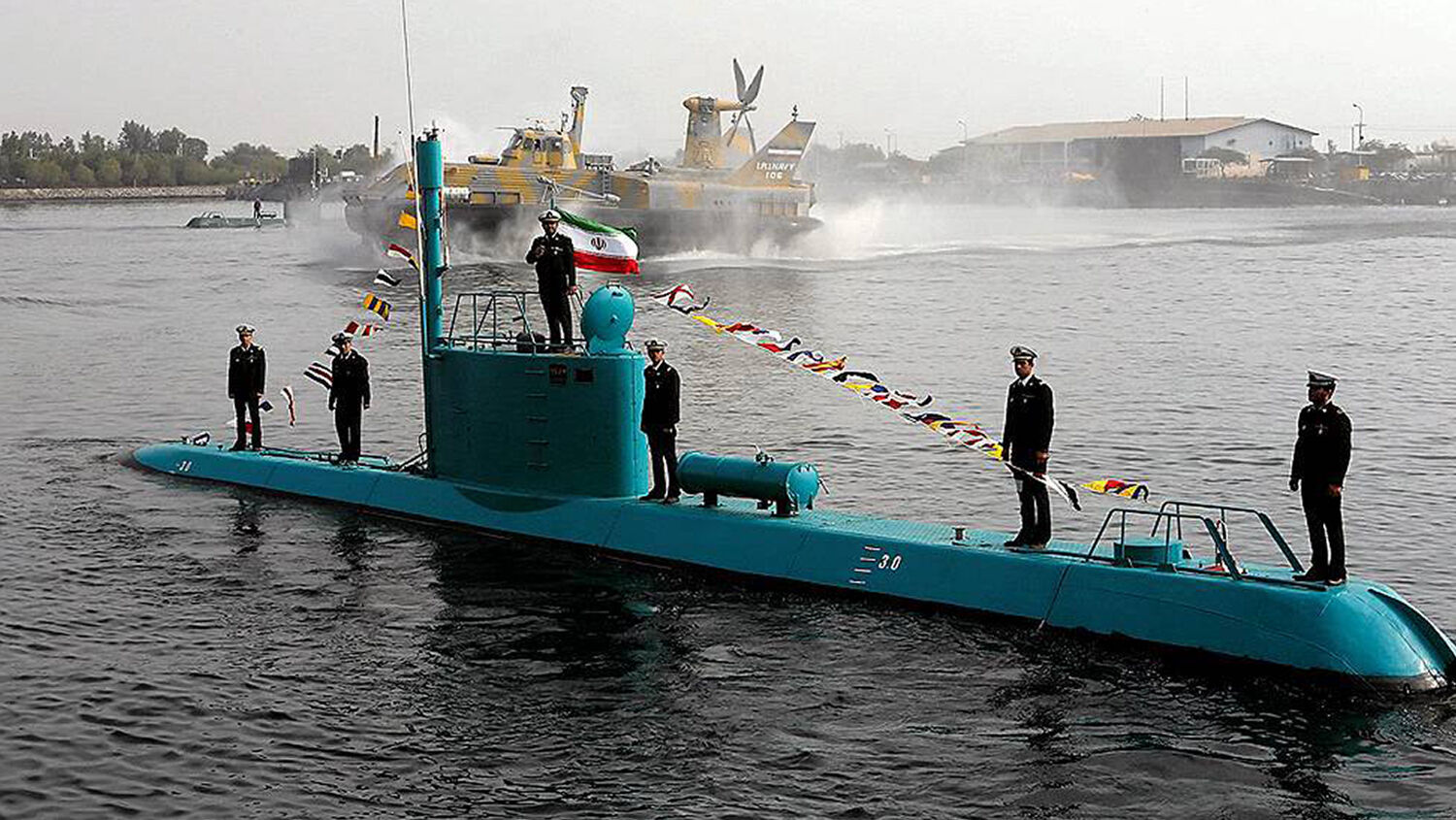 Iran attempted to launch a cruise missile from a “midget” submarine in the Strait of Hormuz on May 2. The submarine appears to be based on a North Korean design, a further indication that the two rogue nations are collaborating on their missile and nuclear programs.

Iran and North Korea are the only two countries in the world that operate “midget” submarines, which can travel and hide in shallow water. “Perhaps most worrisome for the United States is that Iran attempted this latest missile launch from a midget sub Tuesday in the narrow and crowded Strait of Hormuz, where much of the world’s oil passes each day,” wrote Fox News.

Fox said that intelligence reports claim that Iran’s sub “was based on a Pyongyang design, the same type that sank a South Korean warship in 2010. … Nonproliferation experts have long suspected North Korea and Iran are sharing expertise when it comes to their rogue missile programs.”

“The very first missiles we saw in Iran were simply copies of North Korean missiles,” Fox quoted Jeffrey Lewis of the Middlebury Institute of International Studies at Monterey as saying. “Over the years, we’ve seen photographs of North Korean and Iranian officials in each other’s countries, and we’ve seen all kinds of common hardware.”

When Iran tested a ballistic missile in late January, the Pentagon said it was based on a North Korean design. Last summer, Iran conducted another missile launch similar to a North Korean Musudan, the most advanced missile Pyongyang has successfully tested to date. …

In July 2016, two days before the anniversary of the nuclear agreement between Iran and world powers, the Islamic Republic attempted to launch a new type of ballistic missile using North Korean technology, according to multiple intelligence officials.

It was the first time Iran attempted to launch a version of North Korea’s BM-25 Musudan ballistic missile, which has a maximum range of nearly 2,500 miles, potentially putting U.S. forces in the Middle East and Israel within reach if the problems are fixed.

Last March, two nuclear experts warned that “Iran is steadily making progress towards a nuclear weapon and is doing so via North Korea,” in a paper published by the Begin-Sadat Center for Strategic Studies.

“From the 1990s onward, dozens—perhaps hundreds—of North Korean scientists and technicians apparently worked in Iran in nuclear and ballistic facilities,” the authors wrote. As further evidence of collusion, the authors said the Syrian nuclear reactor that was destroyed by an Israeli air strike in 2007 was constructed by North Korea and heavily financed by Iran. As we wrote in March:

In order for Iran to comply with the developing nuclear deal and yet continue its nuclear program, [Iran’s] leaders simply decided to outsource most of its work to North Korea while it negotiated the nuclear deal with the West that would result in desperately needed relief from economic sanctions.

Between 2013 and 2016, Iranian scientists were often covertly present at North Korea’s nuclear tests. Numerous North Korean delegations also visited Iran during this time; the last of which came one month before the nuclear deal was agreed to in June 2015. …

Iran’s connection to North Korea is something the Trumpet has watched for several years. In a recent update to his booklet The King of the South, editor in chief Gerald Flurry asks, “Why were Iranian officials present for North Korea’s illegal nuclear weapons tests? Are the Iranians outsourcing their nuclear program, or at least parts of their nuclear bombs? It certainly appears that way. The Iranians are watching these tests for a reason.”

Gerald Flurry called the nuclear deal with Iran the worst foreign-policy blunder in American history. This is particularly true if it turns out that Iran simply made its nuclear program a joint venture with North Korea. According to the paper, it’s also likely that much of the $150 billion transferred to Iran under the nuclear deal actually went to funding its continued nuclear arrangement with North Korea.

For more about Iran’s relationship with North Korea and what Iran plans to do with nuclear weapons once it obtains them, please read The King of the South.