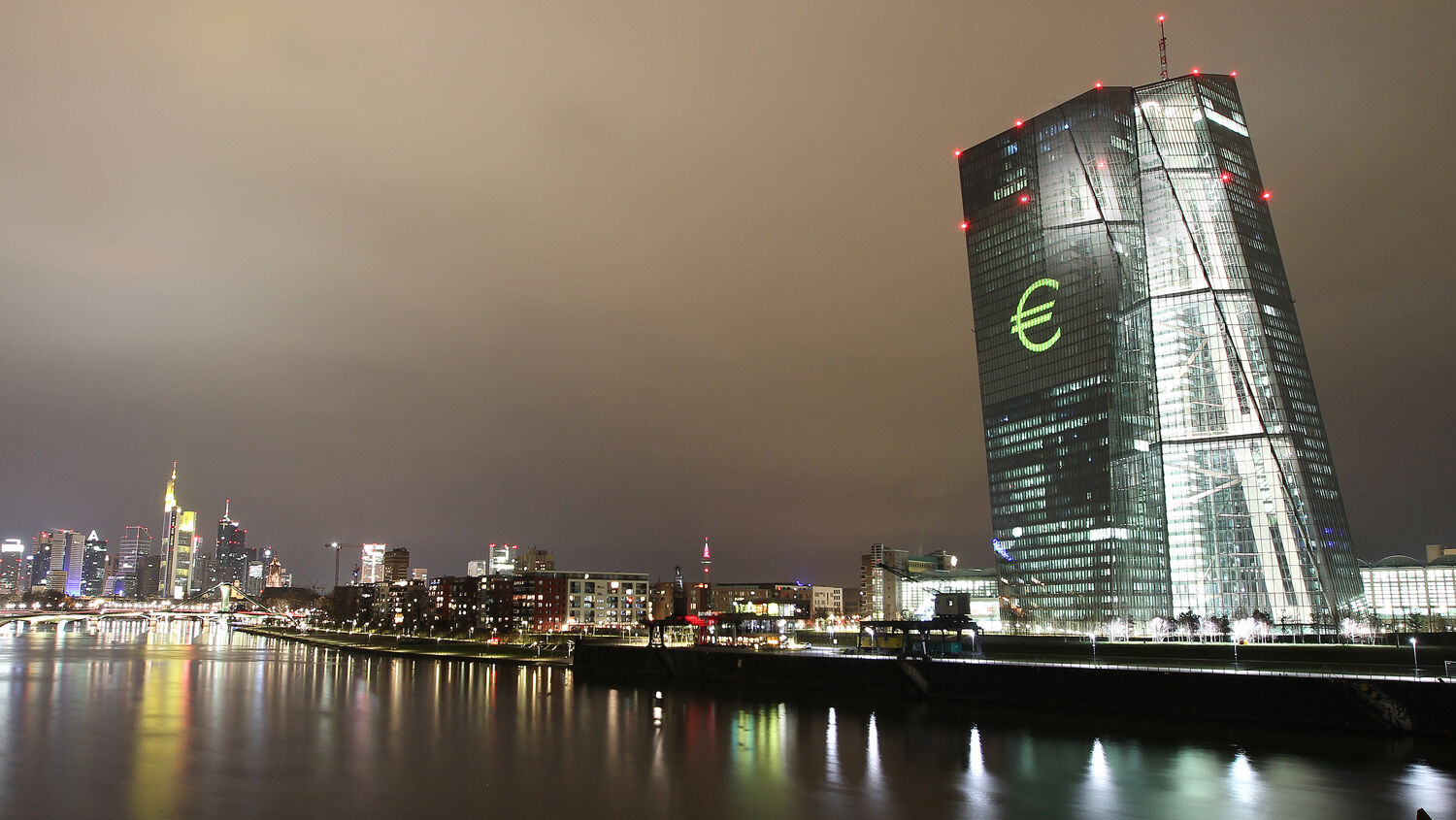 The European Central Bank’s negative interest rate policy is a symptom of a bigger crisis.

Even many children know how interest works. You deposit your hard-earned savings into the bank, and the bank lends out its deposits to others. The bank pays you interest, and those who borrow from the bank pay the bank interest. But for many German banks, that’s not the way it works right now. Today, when a customer deposits savings in the bank, they don’t get paid interest—they get charged interest.

In April 2016, the European Central Bank (ecb) lowered its deposit rate to –0.4 percent. The move was intended to prompt banks to lend money instead of hoarding cash. By pushing the interest rate so low, the bank hoped to boost borrowing and spending, which would in turn boost the economy.

However, the plan is having some major side effects. Banks are struggling to profit from savings accounts. Georg Fahrenschon, president of the Association of German Banks, estimates that, together, Germany’s banks are losing more more than $5.4 billion per year as result of the ecb’s negative interest rate. To limit these savings account losses, banks are now beginning to pass the cost on to consumers.

In Denmark, it is already common practice for banks to penalize the customer; this practice is now spreading to Germany. Since November, customers of Deutsche Postbank have paid fees for holding a checking account. The bank feared that they would lose many customers, but the mild response has encouraged others to take similar steps.

Last February, the largest saving bank in Hamburg introduced negative interest rates on institutional investors and corporate customers. Until now, it was unheard of for a bank to charge interest on its savings deposits, rather than pay interest. The official statements claimed that penalizing private savers would be avoided as long as possible. Then, in March, the first banks introduced negative interest rates for savers with very large deposits. Half of savings in Germany are owned by the richest 10 percent, so penalizing these large deposits is lucrative. But it is still not enough.

Fahrenschon announced that the savings banks “would do their utmost to protect the private savers from negative interests—in part at the expense of their own earnings situation.” But the situation evidently worsened, and even the largest saving banks are no longer protecting private savers from negative interest. Last month, 43 saving banks announced that they will charge customers for withdrawing money from atms (this is new for Germany).Banks are also charging for other services they once offered free.

The ecb anticipated these side effects and knew that its negative interest policy would motivate people to turn their saving accounts into cash. By pulling their money out of the banks and putting it under their mattresses, so to speak, one could avoid losing money through negative interest rates charges. The ecb countered by significantly reducing the circulation of the 500 euro bill, and it plans to eliminate it by 2018. Meanwhile, banks are also making it easier to do without cash. Earlier this month, for example, Deutsche Bank announced that customers will soon be able to pay bills with their smartphones. This is handy for consumers, but it is also important from the banks’ perspective. Paying with your smartphone means you are keeping your money in the banking system.

This shift toward negative interest rates is a symptom of the growing problem facing all of Europe’s banks—they are struggling to make a profit. This struggle reveals that they still have not fully recovered from Europe’s last banking crisis, and they are vulnerable to financial shocks. For more on the danger posed by a weak banking system, read Trumpet editor in chief Gerald Flurry’s article “A Bold Warning: America’s Economic Collapse.”