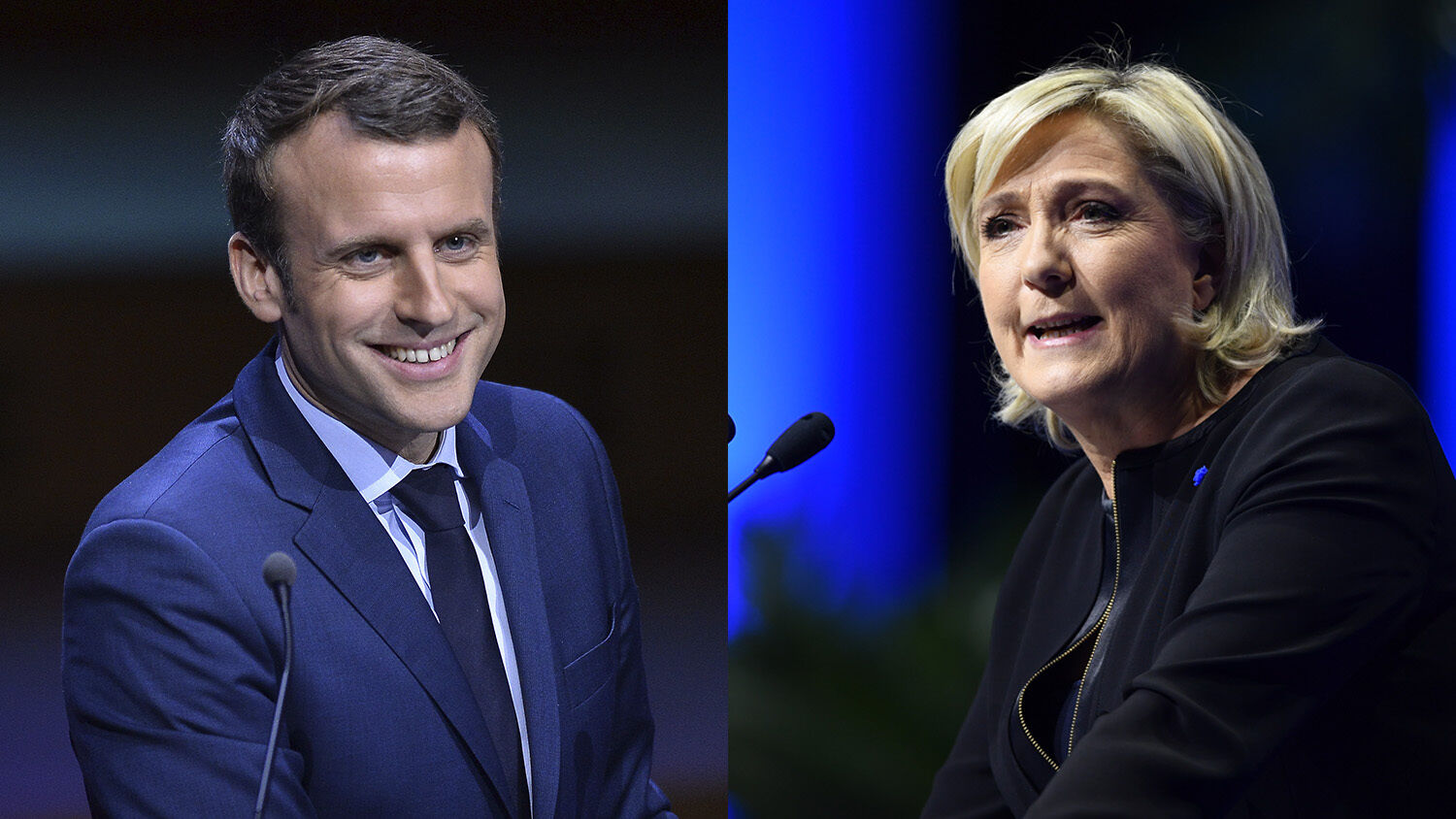 The outsider vs. the newcomer

So unpredictable and timely is the upcoming French presidential election that Foreign Affairs described it as the “most remarkable in the Fifth Republic’s recent history.” Since the first French direct citizen presidential elections in 1965, a mainstream party candidate has always made it to the second, decisive, round of voting. Not in 2017: The two leading candidates in the April 23 election are Marine Le Pen, the leader of an anti-establishment, anti-European Union party, and Emmanuel Macron, the youthful and relatively untested leader of a party that didn’t exist two years ago.

To give some perspective on how drastic a change this is for French politics, François Hollande, the incumbent president, is so unpopular that he has decided not to run for office again. The Republican Party, the main opposition to Hollande’s Socialists in the 2012 election, is polling toward irrelevance. An embezzlement scandal involving its party leader, François Fillon, has seen its popularity plummet.

In the meantime, two parties—one which has been reviled for decades, and another that did not exist prior to 2016—have taken the lead.

Marine Le Pen is the president of the National Front, a party which her father Jean-Marie Le Pen established in 1972. In its first decade, it struggled to gain a consistent following. But in the 1980s, the ideology of anti-immigration, protectionism and euroskepticism began to catch on. Marine Le Pen’s father was nicknamed the “devil of the republic” and was lambasted for some of his comments on the Holocaust, once calling it “just a detail in the history of World War ii.” The government summoned him to court under the Gayssot Act, which was designed to prevent denials of the Holocaust, but Le Pen emerged mockingly: “I understand now that it’s the Second World War which is a detail of the history of the gas chambers.”

Marine Le Pen took over the party in 2011 and has successfully “de-demonized” the reputation of the National Front. The French mainstream media still goes crazy over the idea of a Le Pen presidency, but her polls are better than ever. In the 1970s, the National Front winning 10 percent of the popular vote would have been a triumph. In 2017, Le Pen regularly polls near the 30 percent mark—some even predict she could win as much as 45 percent of the vote.

Christian Pignol, a produce vendor who is considering voting for the National Front, told the New York Times, “I’ve said several times I would do it, but I’ve never had the courage. … This time may be the good one. … It’s the fear of the unknown. … People would like to try it, but they are afraid. But maybe it’s the solution. We’ve tried everything for 30, 40 years. We’d like to try it, but we’re also afraid.”

The other major contender, Macron, is a centrist wunderkind with a degree in philosophy and a background in investment banking. He served as minister of the economy, industry and digital affairs under the socialist government of Prime Minister Manuel Valls. He left the party last August to set up the Association for the Renewal of Politics, also known as En Marche! (”On the Move!”), the banner under which he is now running for president. Economically liberal and pro-EU, Macron describes himself as a progressive. With Hollande’s Socialists essentially out of the running, the 39-year-old could become the youngest-ever president, if he can gather support from the fracturing center-left parties.

The race for the presidency is essentially outsider versus newcomer.

The polls show Le Pen and Macron at roughly the same popularity levels. But with neither candidate at the majority level, the vote will have to go to the second stage. In this “run-off” phase, the top two candidates run directly against each other in the final bid for the presidency.

There is a difference between the followers of Le Pen and Macron. Being such a relatively new phenomenon, many of Macron’s supporters are still tentative: Only around 40 percent say they are certain to vote for him. Around 70 percent (and some polls put the number near 80) of Le Pen’s supporters, on the other hand, say their choice is final.

Another reason this presidential election is being called the “most remarkable in the Fifth Republic’s recent history” is that it coincides with other remarkable European elections. In the Netherlands, Geert Wilders predicted a “patriotic spring” during general elections in March, campaigning with an anti-Islam message, forcing his opponents to imitate his rhetoric, and winning second place for his party with a significant portion of the vote. German elections will take place in September, and will essentially boil down to a decision on whether to keep Chancellor Angela Merkel.

European elections are not the choice on whether to change. They are the symptom of a changing Europe. Trumpet contributing editor Brad Macdonald wrote:

Europe right now is a place where dreams are beginning to meet reality. … Harsh realities are forcing Europeans to substitute postwar values with basic human urges. Tolerance is being replaced by prejudice, multiculturalism by patriotism, the community spirit with a greater determination for self-preservation and self-advancement.

The demons of the past are returning, and they are provoking the most significant transformation in Europe since the Second World War.

As Stratfor pointed out, “[E]lections are signposts and not inflection points.” The fact that such a large proportion of French voters are questioning whether or not to get rid of the status quo government is the big story, not which leader gets charge of the country. France is restructuring, and Europe is restructuring. France has problems with vicious terrorist attacks and a stagnant economy. Europe has problems with immigration and sovereignty. The “remarkable” presidential election is the signpost of change—change which the Trumpet has specific predictions for. Read about these predictions in Brad Macdonald’s article “Europe’s Old Demons Return.”