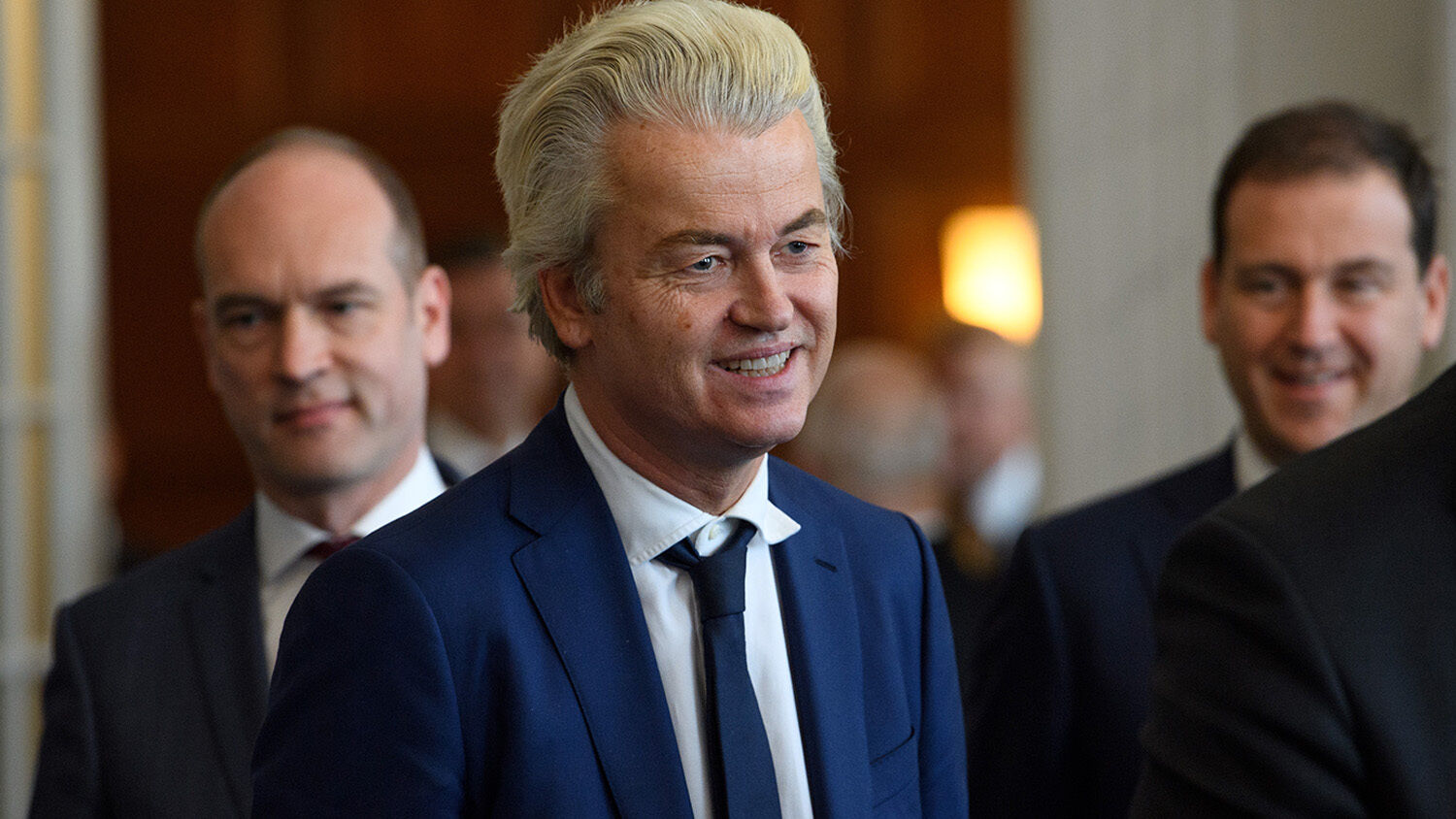 Welcome to 2017 Europe, where it is a major defeat for a far-right party (or at least one frequently labeled far right) to come second. Wilders’s Party for Freedom (pvv) increased its number of seats from 15 to 20. The media responded with relief that it didn’t do even better. The fact that it was even thinkable for the Party for Freedom to actually win the election shows how far European politics have shifted over the last decade.

The reason Wilders didn’t win seems to be that so many other candidates copied his rhetoric. The last-minute surge in support for Dutch Prime Minister Mark Rutte and his People’s Party for Freedom and Democracy (vvd) comes largely because Rutte took a tough line against Turkey over the weekend.

Relations between the two countries have deteriorated rapidly, with the Netherlands banning Turkish ministers and the Turks smuggling decoy ministers across the border from Germany, culminating in Turkey deporting dozens of Dutch cows.

Throughout it all, Rutte refused to back down or apologize and was rewarded by his “victory”—winning the most seats in the new Parliament but still down eight seats compared to the last election.

Rutte isn’t the only one who has found his inner Wilders. Wilders set the agenda for the whole election. James Traub wrote for Foreign Policy:

In the weeks leading up to the vote, the Dutch have been preoccupied, almost obsessed, with issues of immigration, integration and national identity. Overschie is a largely white enclave in a city that, like most major urban centers in the Netherlands, consists about equally of immigrants and native Dutch, and everyone I spoke to in the Boulevard agreed with some part of Wilders’s nativist agenda. …

He has so thoroughly reshaped Dutch political culture that voters who share his views, but find him ultra vires, can now vote for any number of parties that have taken a hard-line on immigrants and on Islam, including the vvd itself. This is Europe’s politics in 2017; the center holds, but only by giving ground to the nationalist right.

This shift has left the political system shattered.

The Dutch Labour Party saw its vote collapse from 38 seats to just nine. Now, Dutch politics is dominated by a range of smaller parties with similar numbers of seats. Since the Dutch choose not just the party but the actual individual they want to represent them in parliament, and because so many parties ran this year, the election required a gigantic ballot paper.

The Dutch ballot with 28 parties in the running. I needed two producers to hold it up! #DutchElection pic.twitter.com/bhMjyEL5xi

Wilders’s pvv, the Christian Democratic Appeal, and the Democracy Party all won around 19 seats. The Green Left and the Socialist Party both won 14. In 2012, nearly 65 percent of the vote went to the top three parties. This time, they won only 47 percent.

This is going to make coalition negotiations awkward and governments unstable. The next government will need at least four parties to have a majority. The New York Times wrote:

This year’s election may give the Netherlands its most fragmented government in history. Some political analysts believe it could take weeks or months to form a government and that the governing coalition will be fragile.

In Belgium, which has a similar political system as the Netherlands, it famously took nearly a year and a half after inconclusive elections in June 2010 to form a government.

This rise of fringe parties has played out across Europe. It also closely follows the trends of the 1930s. Unfortunately, it quickly forms a feedback loop. The rise of fringe parties deprives traditional parties of their usual votes. As traditional coalitions stop working, governments become complicated left-right coalitions as the mainstream unites to keep out the fringe. This convinces more people that the mainstream doesn’t work, and support for the fringe grows.

This week’s election in the Netherlands provides further proof that European politics are entering dangerous territory. In different ways, the people are concluding that politics as usual isn’t working and are turning to outsiders like Geert Wilders.

In one country, this would not be a big deal. But it is the current situation in almost every European country. Massive political upheaval occurring in so many nations at the same time is going to have a major effect on world news. For where this shift is leading, read “Democracy Is Dying.”