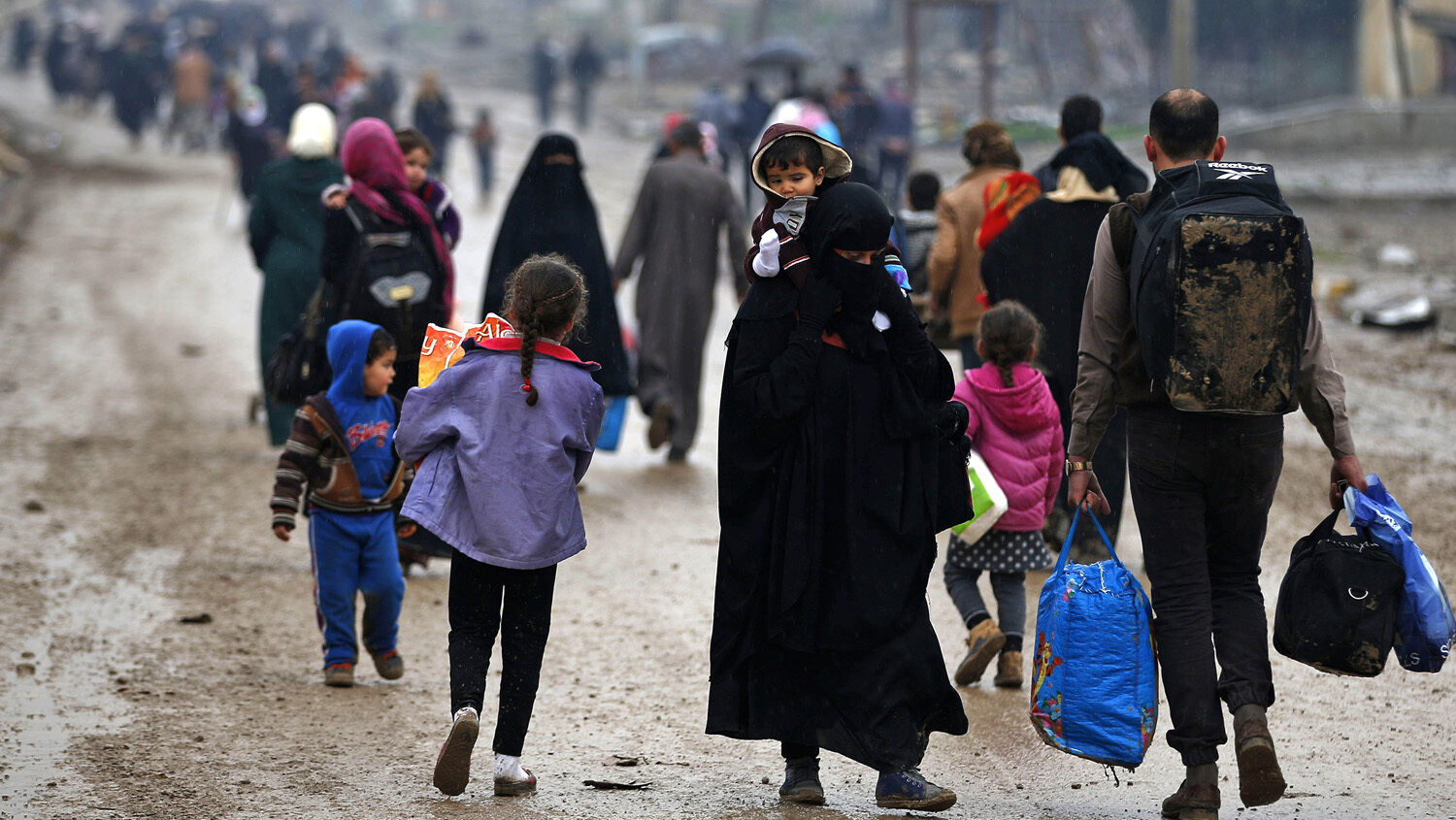 From the ashes of Iraq rises the kingdom of Iran.

The Islamic State is about to be driven from Mosul. The offensive to retake Iraq’s second-largest city—and the Islamic State’s Iraqi stronghold—began in mid-October 2016 and is now in its final bloody stages. However, as Al-Monitor noted last week, “[M]ilitary victory in Mosul is just the beginning of a more complicated phase for Iraq.”

The war against the Islamic State has helped strange partnerships to form in Iraq. In Mosul, for instance, the coalition is comprised of American troops, the United States-trained Special Operations Forces, the Iraqi military, the Iraqi Federal Police, native battalions and militias of Sunni and Shiite background, and of course the Iranian-backed militias operating under the banner of the Popular Mobilization Units (pmu). Within this mix exist a dizzying array of strategies, short and long-term goals, aspirations, beliefs and core values.

This raises the question: When the dust settles and the tires stop burning in Mosul, whose objectives will emerge victorious?

The Trumpet forecasts that champion to be Iran.

As the Islamic State is pushed back, more people are waking up to this realization.

Given that Tehran supports large parts of the pmu both militarily and financially, the pmu presence in the Mosul operation has undoubtedly caused concern in Washington about the possible expansion of Iran’s influence in Iraq.

One thing that stands out in the Iraqi coalition is the chaos. This may be in part because of the sudden arrival of the Islamic State, compounded by the fact that the U.S. was sidetracked with an election mid-fight.

When this confusion is contrasted with the smart, deliberate assembling of military and political strength by the Iranians, often quiet and unseen, just next door to the Western-created forces, one might be concerned.

It is almost as though the West has been caught off guard and is now scrambling to both remove the Islamic State and somehow prevent Iran from sweeping in to take control of the liberated areas.

Iraqi Prime Minister Hader al Abadi met with U.S. President Donald Trump on March 20. Trump offered little in the way of practical solutions. “We will figure something out,” he said. “I mean, we have to get rid of the isis.”

Meanwhile, Iran knows exactly what it is doing.

Building an Empire in the Ashes

Iran is busy establishing itself across Iraq.

As the Spokesman’s Trudy Rubin noted, when Iranian-backed Shiite militias captured the entrance to eastern Mosul, “Rather than fly the red, white and black Iraqi banner, the militiamen display a religious flag adorned with the face of the holiest Shiite icon, the prophet’s grandson Imam Hussain.”

While the Iraqi government has passed legislation to make the pmu part of the military, the group’s command structure goes through Maj. Gen. Qassem Suleimani, the Islamic Revolutionary Guard Corps Quds Force leader. Forget the talk of integration into the Iraqi military. The pmu is an arm of Iran and has been wielded as such since 2014.

The pmu is dominated by large, well-funded Iran-supporting Shiite militias. While no exact figures exist, the estimated number of active fighting Shiites in the pmu is between 100,000 and 120,000.

Al-Monitor reported, “The United States is concerned that the pmu may turn into a Hezbollah-type proxy of Iran, potentially escalating regional rivalries by antagonizing regional powers such as Saudi Arabia and Turkey.”

But it already is like Hezbollah in so many ways. The Shiite-dominated pmu already wields heavy political and military influence. Time and again Shiites have used the guise of liberation to conceal occupation!

Trumpet contributing editor Brad Macdonald wrote about this in the July 2016 issue of the Trumpet magazine:

Iran has had great success building and maintaining its militias until they dwarf the host nation’s government both politically and militarily. Just look at Hezbollah.

And now look at the size and scope of the pmu. Iran is well on its way to achieving its goal in Iraq!

[A]s the Islamic State gets ready for its last stand in western Mosul, it is plain to see that the real winners of what is to come are the independent structures of power the Iranians are building inside Iraq—most visibly manifest in the Popular Mobilization Units. “Iran has its hands all over Iraq,” as one Mosul refugee at the Khazer camp outside Mosul told us.

As Macdonald noted in his article, Iran has not been destroying the Islamic State, but managing it. Iran wants the Islamic State gone only after Tehran has built up and fortified its militias. That way, when the Islamic State is gone, these militias will rule little Iranian fiefdoms throughout northern Iraq!

“Is Iraq About to Fall to Iran?” This headline first appeared in the Trumpet in December 1994!

In 2003, during the Iraq war, Trumpet editor in chief Gerald Flurry wrote:

Already, it is clear that Iran is eyeing the situation for opportunities. It would like nothing more than to extend its influence over the majority Shiite population in Iraq, and assume control over its massive oil wealth.

Watch Mosul, watch the pmu, watch Iran, and most of all, watch the Trumpet. Events in Iraq are descending into chaos and, as the Trumpet has long warned, Iran is going to come out on top.