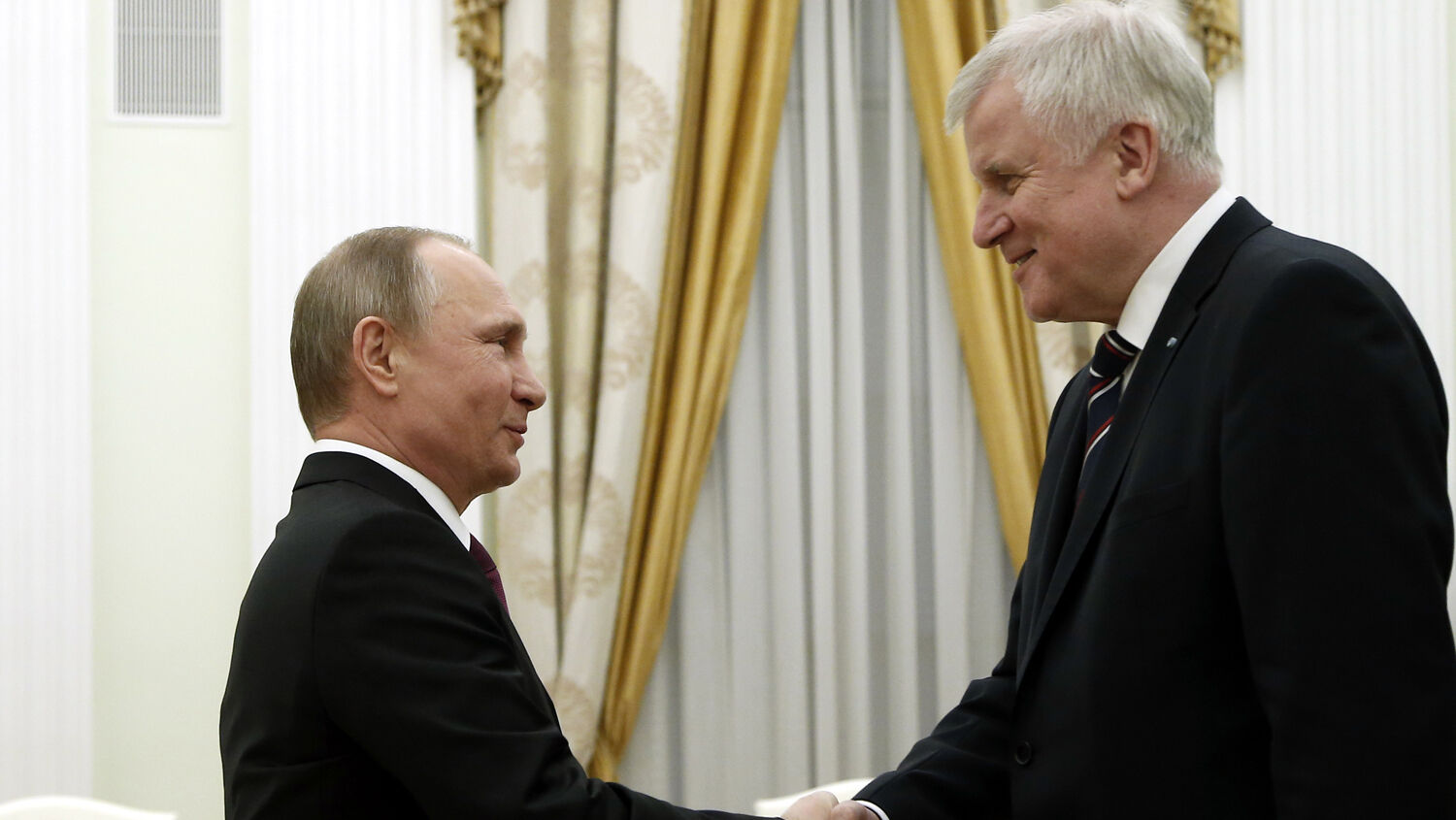 ‘Ties between Bavaria and Russia are the nucleus of a good relationship between Germany and Russia.’

Bavarian State Premier Horst Seehofer visited Russian President Vladimir Putin on March 16. The meeting was meant to strengthen ties between the German state and Russia. But this was more than the usual state visit. In a time of strained Russo-German relations, Seehofer demonstrated his commitment to the relationship. He brought with him a delegation of dozens of German politicians and businesspeople, in addition to his predecessor, Edmund Stoiber.

When Seehofer visited Putin in February 2016, he received much criticism from his sister political party, the Christian Democratic Union (cdu), headed by Chancellor Angela Merkel. On this visit, however, circumstances had changed. Seehofer now has the cdu’s support for his outreach to Russia and was able to deliver the positive news that Chancellor Merkel herself will visit the Russian president on May 2.

“Without Moscow, many of the world’s hotspots can’t be solved,” Seehofer said before his visit (Trumpet translation throughout), adding that he doesn’t “want to live in a world that covers each other with sanctions.”

President Putin also had much praise for Bavaria at the meeting. “The export of Bavarian enterprises to Russia grew by 4 percent, while the export from other regions and from Germany in general dropped by 4.8 percent,” he said. The decline of German exports was, of course, a result of the sanctions imposed on Russia after the Ukraine crisis in 2014.

But Bavaria sees the economic relationship with Russia as too important to lose, and Seehofer is working to preserve it.

In December 2015, Seehofer invited nine top representatives from politics, industry and science, as well as Dr. Edmund Stoiber and former Defense Minister Karl-Theodor zu Guttenberg, to advise him on renewing relations with Russia. At the time, these talks were met with much opposition; they were contrary to not only to Chancellor Merkel’s viewpoint but also that of the United States, another important trading partner.

Bayrischer Rundfunk reported about Seehofer’s meeting with Putin in 2016:

Initially, the rapprochement can only be done through small steps: so that the alliance in the West is not undermined, and that both countries profit economically at the same time. Seehofer signed a contract this afternoon with Moscow Mayor Sergei Sobyanin which extends the existing cooperation with Bavaria. Sobyanin hardly mentions the sanctions. Despite known difficulties, the cooperation between the two regions continues, he said.

Stoiber’s commitment to this relationship goes back to the time of Franz Josef Strauss, who was state premier of Bavaria until his death in 1988. Stoiber explained, “Beginning with Strauss and continuing with my time in office, we have developed the partnership between Bavaria and Moscow, which is the nucleus, a core of the good development between Germany and Russia.”

Otto von Bismarck famously said that a good relationship with Russia was key for a successful Europe: “The secret of politics? Make a good treaty with Russia.”

This strategy is also well known to Guttenberg, who recently made a political comeback. He advised Seehofer in 2015 to maintain the transatlantic alliance and, at the same time, start “a new beginning” with Russia despite the sanctions.

This policy will prove to be successful in the next few years. Germany’s economy suffered the loss of a major trading partner when sanctions were placed on Russia. The nation cannot afford to lose its allies both to the east and to the west, a scenario that is looking dangerously more plausible in the era of President Donald Trump. Bavaria has enough foresight to prepare for a different world order.

For more on the future of German-Russian relations, read “The Russian Alliance You Really Have to Worry About” from the April issue of the Trumpet magazine.