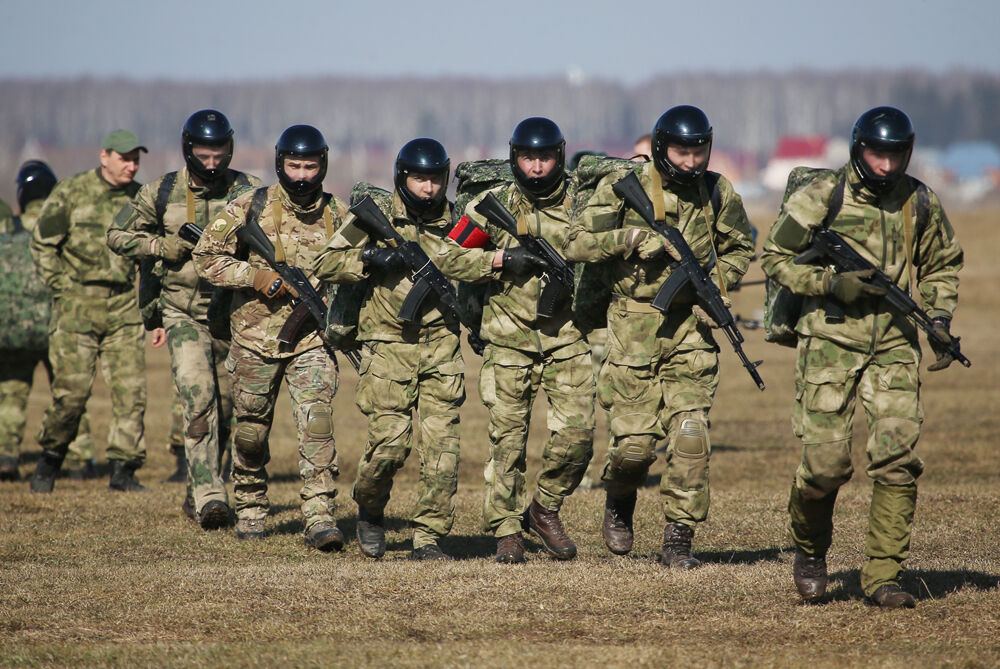 Is Putin about to pull a Syria in Libya?

JERUSALEM—A small contingent of Russian special operations forces are currently stationed in Egypt near the Libyan border, Reuters reported on Monday. This marks the first time Russian soldiers have been spotted on the ground in North Africa since the fall of Muammar Qadhafi and indicates that Russia may be considering bolstering its support of Gen. Khalifa Haftar, a Libyan warlord currently vying for control of Libya.

The exclusive Reuters report cites unnamed Egyptian and United States officials claiming that the special operations force and drones were observed at Sidi Barrani, a town about 60 miles from the eastern Libyan border. According to the Egyptian source, weeks earlier Russian military aircraft flew an additional six military units to Marsa Matrouh, even closer to the Libyan border.

The troop movements come after additional reports surfaced that Russian security contractors were working alongside Haftar’s force, the Libyan National Army (lna), from late 2016 through February 2017. According to Oleg Krinitsyn, owner of the Russian firm rsb Group, about a dozen men were sent into eastern Libya to assist in demining certain areas. While this was a private business venture, Reuters noted that it was unlikely “to have been possible without Moscow’s approval.”

The Russian military presence along the Libyan-Egyptian border comes after months of collusion between Russian security officials and General Haftar.

Instead of siding with the United Nations-backed government in Western Libya, Russia has been overtly courting Haftar, jeopardizing Europe’s preferred method of stabilizing a fractured Libya. In January, Haftar was seen aboard Russian aircraft carrier Kuznetsov, docked off the Libyan coast. Then, on February 1, the Times of Malta reported that about 70 wounded soldiers from Haftar’s army had been sent to Russia for treatment.

It’s one thing to have a photo op aboard the Russian aircraft carrier and treat wounded soldiers; Russian troop movement is another.

Predictably, both Russian and Egyptian government officials have denied the reports of any Russian soldiers in North Africa. That is of little comfort, considering Russia’s military actions in both Ukraine and Syria began with isolated, unconfirmed reports that were at first denied by Moscow.

The presence of Russian troops on the ground greatly increases Moscow’s stake in Libya’s future. It also sends a stark warning to other foreign nations that Russia is going to have a say in Libya’s future government. As we wrote last month:

The fact that Russia is even in the discussion regarding securing Libya’s future is simply astounding. A year and a half ago, the world watched in shock as Russia sent its troops into Syria to support the regime. Some leaders predicted Russia would get stuck in the Syrian quagmire. That didn’t happen. Now, with its presence in Syria secure, Russia is beginning to also focus on Libya. Clearly, the balance of power in the Middle East and Mediterranean region is shifting in favor of Russia. “Russia is in the process of achieving day by day a role in determining the balance … in the Middle East and now in the Mediterranean—it’s a role that must be acknowledged,” said Leonardo Tricarico, a retired Italian general who presides over the Intelligence Culture and Strategic Analysis Foundation, a Rome-based think tank.

At the time of the report, it was unlikely that Russian President Vladimir Putin would intervene in Libya as he had done in Syria. However, recent setbacks by Haftar’s army may have inspired Russia’s increased support.

On March 3, a rival Libyan Islamic militia launched a substantial attack against Haftar’s forces controlling Libya’s oil terminals in the north of the country. Haftar tried to push back the militia but was completely overwhelmed and had to withdraw from the critical oil facilities. This failure to withstand the attack injured Haftar’s credibility as a strongman. Libya-analysis.com wrote on March 6, “Even if Haftar’s forces are eventually able to retake the oil crescent facilities, the lna’s failure to repel this attack represents a significant blow to Haftar’s image of political and military control in eastern Libya ….”

It’s possible that Haftar’s setback may have necessitated Russia’s increased support, which we are now witnessing. Whether this exclusive report of Russian soldiers in North Africa leads to a larger military presence, however, it’s unlikely Putin will need to intervene in Libya to the extent that he did in Syria.

Putin can simply point to Russia’s involvement in Syria as proof that he is willing to send large amounts of troops into a foreign theater to support his ally.

After Syria, who will be willing to call Putin’s bluff in Libya?

This speaks to the powerful position Putin now holds in determining the fate of Libya; a position that likely unnerves not just Libyans but also Europeans who have been on the receiving end of hundreds of thousands of migrants who use Libya’s ungoverned lands as a staging ground to migrate to Europe.

Putin’s moves in Libya are about more than just supporting one warlord over another. By simply supporting Haftar enough to keep him relevant and the nation fractured, Putin gives himself the power to destabilize or stabilize Libya. Put another way, Putin has the power to slow the migrants from coming into Europe or to send them north by the tens of thousands.

This swift shift in the balance of power through the Middle East points to the key role that Vladimir Putin is now playing, a role that was forecast centuries ago in the Bible. Prophecy indicates that this crisis will soon result in a deal between Europe and Russia. To understand how this situation was prophesied in your Bible, please read “A New Strategic Partnership Emerges” and request Trumpet editor in chief Gerald Flurry’s new booklet, The Prophesied ‘Prince of Russia.’