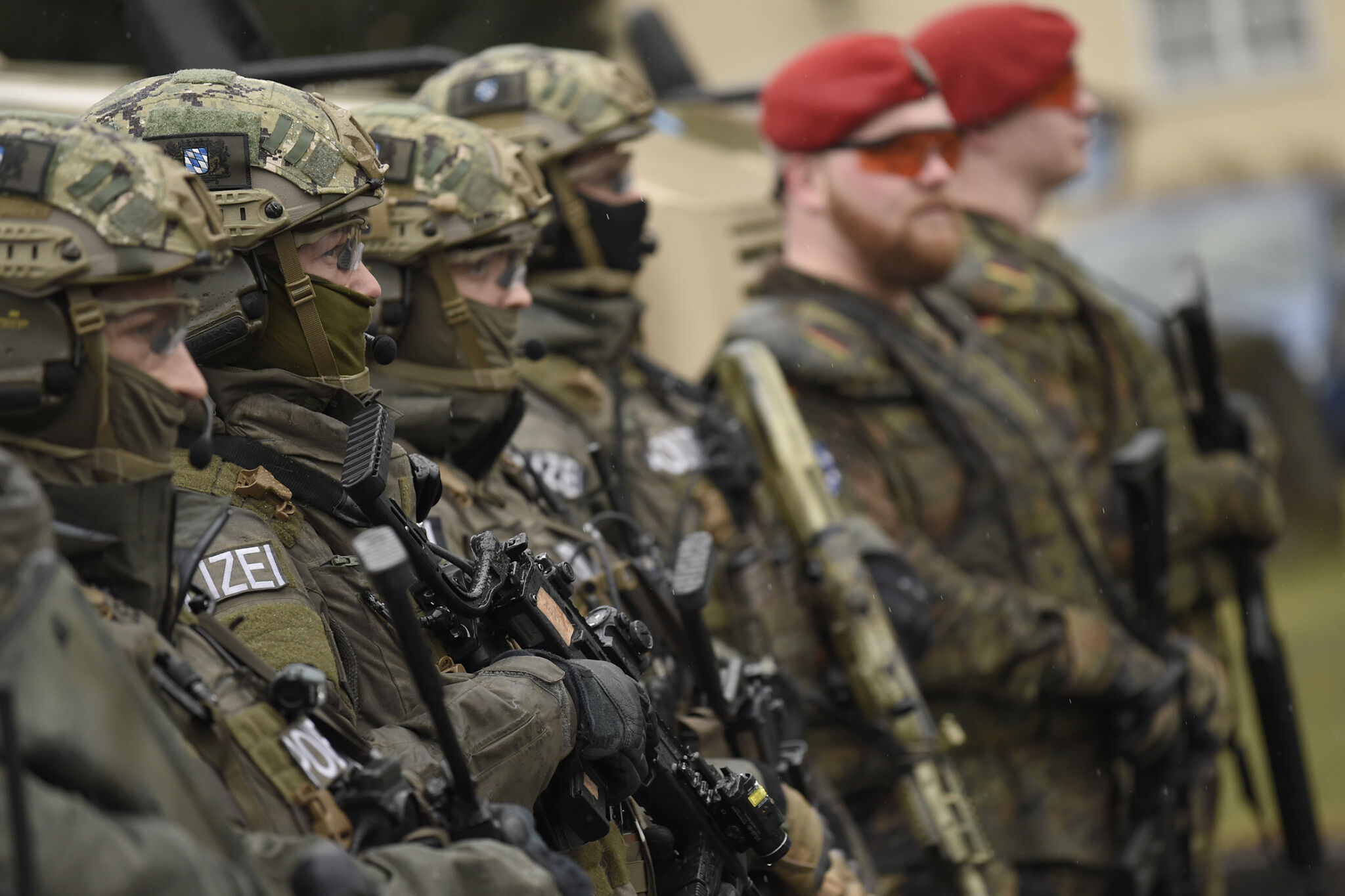 For more than 70 years, the Basic Law for the Federal Republic of Germany has prevented the country’s national military from deploying on German soil or even assisting the nation’s police forces. The purpose of this portion of the Basic Law is to separate Germany’s federal forces from its domestic security agencies. This law was created following the 1930s and World War ii, when Adolf Hitler combined Germany’s federal and domestic security forces and brandished the supreme force with deadly effect. Today, this important part of Germany’s Basic Law is being reconsidered.

This week, for example, 360 Bundeswehr soldiers were incorporated into joint terrorism-defense exercises in six German states. This is the first time since the end of World War ii that the German Army prepared to assist in domestic security.

Perhaps the main reason the German Army is back on the streets is that the nation has suffered several Islamist terrorist attacks in recent years. The exercises this week revolved around responding to potential terrorist-related incidents, including explosions at multiple train stations and airports, simultaneous shootings, and the hijacking of a truck with dangerous goods. This week’s exercises also included tanks and armed vehicles. But rolling actual tanks down German streets was considered too dramatic, so this facet of the exercise was theoretical. Considering Germany’s history, it is disconcerting that its leaders are already planning for the deployment of tanks and other military hardware on German soil.

Last August, when this joint exercise was first announced, Interior Minister Thomas de Maiziére said it was a “precaution for an unlikely but conceivable situation.” The Basic Law does allow for the deployment of the federal military domestically, but only in the “event of catastrophic dimensions” and only as a “last resort.” It must also be ordered by the “federal government as a council.” Until recently, the scope that the Basic Law provided for using the national military was so narrow that many considered it downright impossible. This is obviously no longer the view. As de Maiziére put it, the “legal situation allows for a lot and more than perhaps even thought so far.”

Germany’s desire to prepare its response to potential terrorism is understandable. In 2016 alone, the nation suffered half a dozen significant terrorist incidents, including knife attacks, truck attacks and suicide attacks. Nevertheless, the Basic Law has blocked Germany’s federal military forces from intervening in domestic affairs for a reason. Viewed in the context of 2016 and 2017, German military support for domestic security makes sense. But viewed in the context of Germany’s overall history—including the global cataclysm of World War ii just seven decades ago—such exercises are, as Spiegel Online summarized, “frightening.”

The German government has a history of using its army against its own people to suppress minorities and silence political opponents. Politicians today argue that such a risk no longer exists, that Adolf Hitler and National Socialism’s takeover of Germany was an anomaly that will never be repeated, and that the changing security situation means it is now necessary for the Bundeswehr to be more active on German soil.

The danger many fear is that once the Bundeswehr has a plan and a precedent for patrolling German streets, a strong leader could easily co-opt that precedent by giving the same soldiers new orders—orders that eventually establish and sustain him as a dictator. This has happened before—and not that long ago. In order to understand why the Basic Law prohibits domestic use of the Bundeswehr, read “The Danger of Deploying the German Army at Home.” To see how politicians are working to override the Basic Law, read “Bundeswehr to Make Its Way Back Onto German Streets.”