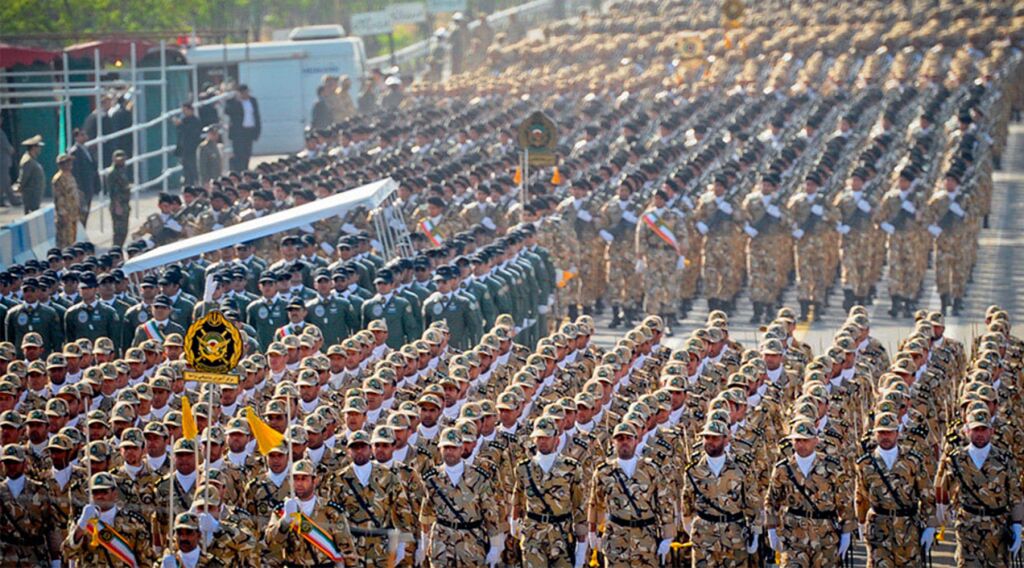 Thanks to the nuclear deal, Iran’s military is booming like never before.

Iran’s military budget for 2017 is the highest it has ever been under the radical Islamist regime that seized power in 1979. This year’s budget will reportedly be $15.9 billion, up nearly 65 percent since 2014.

The Islamic Revolutionary Guard Corps (irgc), a group that takes orders directly from radical Iranian Supreme Leader Ayatollah Ali Khamenei, will receive the biggest cash boost, up from $4.5 billion in 2016 to $7 billion this year.

Political analyst Dr. Majid Rafizadeh wrote, “Rouhani’s government has recommended that nearly $25 billion be allocated to various branches of Iran’s military and paramilitary groups.” That equates to nearly one quarter of Iran’s national budget going to military purchases and payroll.

Thanks to the implementation of the nuclear deal on Jan. 16, 2016, Iran has enjoyed investments worth billions of dollars from Western countries. That money is now being funneled into the military of the world’s largest and most deadly state sponsor of terrorism.

Iran is also using its military and political power to block Western interests in numerous theaters. It backs the Houthi rebel group in Yemen as it fights against a Saudi-led and largely Western-backed coalition. In Syria, Iran and Russia stamped out American-backed rebels, preserving the regime of Bashar Assad and embarrassing the United States on the global stage. In Iraq, Iranian-trained militias are fighting alongside U.S. troops to oust the Islamic State. Those militias, however, answer to Iran and have said they will turn their guns on American troops the second Washington challenges Iranian interests there.

The West was duped into the nuclear agreement largely due to a fabricated story about Iranian President Hassan Rouhani being “moderate.” Under Rouhani, Iran’s military budget has expanded faster than at any other time during the Islamic Republic’s nearly 40-year history.

Iran’s intentions were clear from the start. It should come as no surprise that Iran is using that money to fund terrorism: It has continued to sponsor terrorism since its inception in 1979. Yet the Obama administration willingly ignored Iran’s history and zealously pressed forward with the nuclear deal.

Iran changed nothing in its policies of aggression, subversion and sponsoring terrorism. It didn’t even say it would reform in any of these areas! Without giving in on anything, Iran was given all it needed in order to greatly accelerate its race toward getting the nuclear bomb.This deal does not make the world safer—it is a DISASTER for the world! And the fact that many people say it’s a cause for celebration is a sure sign of tragically broken leadership.

Iran’s military budget hike is only the start of the deadly repercussions of the nuclear deal. The next step is to spend that cash on thousands more weapons and troops—then deploy them.

U.S. President Donald Trump has talked tough on Iran, but Iran’s power will not be undone by America. Mr. Flurry has monitored the rise of Iran for 25 years and has identified Iranian-led radical Islam as the “king of the south.” The trends we are witnessing today, especially the Jan. 16, 2016, nuclear compromise, play into some of the most dramatic prophecies in the Bible. Mr. Flurry has devoted a considerable amount of effort to help readers understand the significance of this event. Read his two powerful articles on what happened on “Implementation Day”: “The Worst Foreign-Policy Blunder in American History” and “America’s Deadly Nuclear Deal With Iran.”