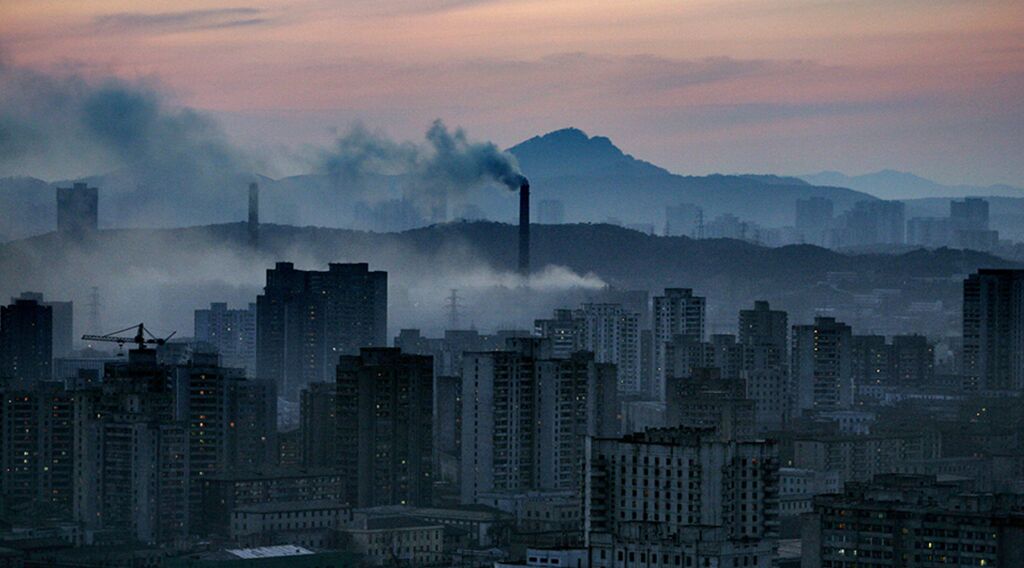 China has implemented a plan to ban all coal imports from North Korea, effective until the end of 2017. The embargo, which went into effect on Sunday, was announced a week after North Korea’s most recent ballistic missile test. China’s decision to enforce the coal ban was made in cooperation with United Nations sanctions against North Korea in response to the country’s nuclear weapons program.

China, the world’s largest coal consumer and producer, had originally announced a coal import ban from North Korea in April last year, though it allowed exceptions for the “livelihood” and “well-being” of the citizens of North Korea. Despite the “soft” ban, North Korea’s coal sales to China last year reportedly accounted for more than 50 percent of their total exports to China. In fact, North Korea’s non-lignite coal exports to China for 2016 actually increased 14.5 percent over 2015—maintaining the nation’s position as China’s fourth-largest supplier of coal.

It remains to be seen over the next 10 months how heavily enforced the coal import ban will be. In spite of the ban, China remains North Korea’s greatest ally and the lifeline of its regime. Ninety percent of North Korea’s energy needs are met by China. And around 85 percent of the country’s external trade is with China. The North Korean regime owes its survival to China, and China benefits from the North’s unique situation. North Korea serves as China’s buffer against the strongly Western-militarized-and-influenced South Korea. And North Korea’s human rights abuses make for an effective distraction from China’s own oppression.

Yet China seems to be finding itself stuck between a lump of coal and a hard place.

Who knows how far North Korean leader Kim Jong-un will go with his verbal saber rattling and quest for a strong nuclear arsenal. What China wants to do is preserve a regional “balance.” If North Korea is allowed to push too hard against the West, it could provoke retaliation or perhaps even an invasion from South Korea—thus putting Western forces right on China’s doorstep and causing a mass exodus of potentially millions of North Korean citizens across the Chinese border. Any collapse of the North Korean government, for that matter, could lead to a mass influx of refugees—a problem China does not want to deal with. Further, North Korea’s increased belligerence has prompted the U.S. to establish a Terminal High Altitude Area Defense antimissile system in South Korea—a threat against China’s own arsenal as well as North Korea’s. What’s more, allowing the North’s actions to go unchecked unnecessarily inflames relations with surrounding Asian nations, as well as other world powers that see and hold China responsible as an enabler of the rogue state.

These are all reasons for China to take steps to rein in its neighbor.

It seems the current global geopolitical situation is changing the way China deals with North Korea. More and more, China is presenting itself as a leading superpower. The United States seems to have taken a step back in world affairs and influence, especially with President Donald Trump’s rhetoric about reducing cooperation with nato, encouraging foreign nations to develop their own defenses (including nuclear arsenals) instead of relying on U.S. firepower, withdrawing from the Trans-Pacific Partnership (tpp) trade agreement, etc. While the U.S. has turned inward, nations like China are rallying to fill the leadership void.

China stepped up as leader of January’s Davos World Economic Forum in Switzerland, with President Xi Jinping opening proceedings in defense of globalization. In fact, Xi was the first Chinese leader ever to attend the Forum—and according to the Telegraph, “swept into Davos as the champion of free trade and the unlikely guardian of the international order, throwing down the gauntlet to the incoming Trump administration with a theatrical flourish.”

And now that the U.S. has withdrawn from the tpp, some remaining nations have turned to China to step in and become a part of the trade partnership. This is ironic, reportedPolitico, because “one of the overriding strategic goals of the Trans-Pacific Partnership had been to triangulate a U.S.-led trade policy that would set technological and regulatory standards in Asia, which China would be forced to follow.”

China is seeing an opportunity to become a new (post-America) world superpower and policeman. Yet that means taking certain responsibilities with North Korea—such as cooperating with proposed UN sanctions against the nation. But perhaps the most influential actions by China against North Korea are those not so visible or material. Instead, according to China’s former Foreign Ministry chief of North Korean policies (2004–05), Yang Xiyu: “For China and North Korea, economic sanctions are not as important as political sanctions. The lack of leadership meetings and high-level dialogues are how China exerts political pressure.”

President Xi, in office since 2012, still has not traveled to Pyongyang nor invited Kim Jong-un to Beijing. In fact, no high-ranking Chinese official has traveled to North Korea since late October 2015. Such a lack of communication appears to show a cooling of relations.

Yet for all of the bumps in the Chinese-North Korean relationship, the two nations remain indelibly intertwined in mutual benefit-need of one another. There is still much for China to gain from retaining a close parentage over North Korea. But it is only becoming clearer that China must now become more savvy in its dealings with the rogue state if it truly desires international recognition and respect as a new world superpower.

The West should not look at the North Korean problem with blinders on. It is merely a distraction from a far more menacing, changing world order happening next door—one that means much larger problems in the future.