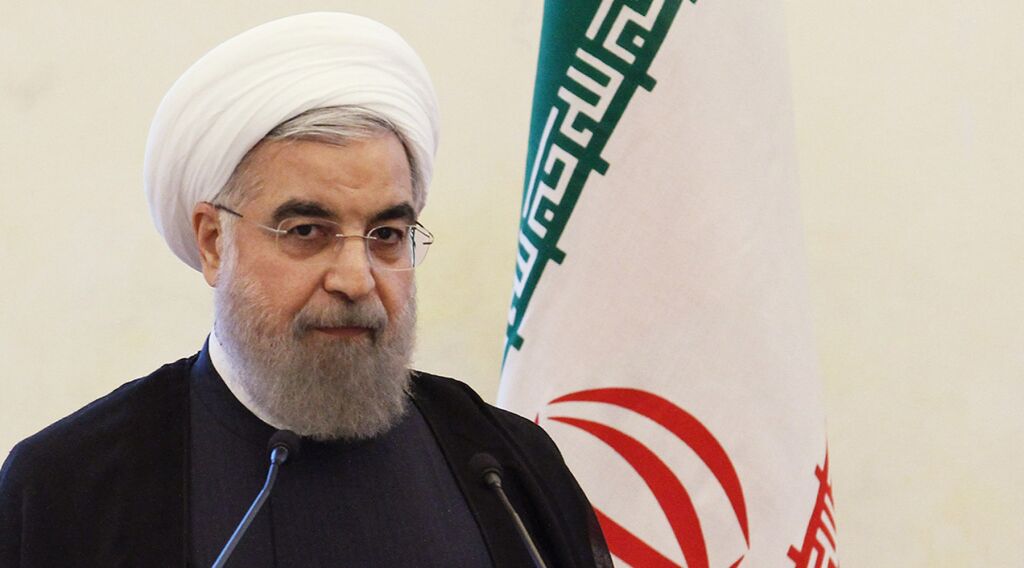 Under United States President Barack Obama, Iran benefited enormously by pretending to be moderate. It was the “moderate” nature of Iran’s current president, Hassan Rouhani, that Mr. Obama said provided pretext for the nuclear deal that he implemented with Iran on Jan. 16, 2016. That deal ended powerful economic sanctions and gave Iran billions of dollars in cash.

However, that moderate pretense may not be Iran’s most expedient policy anymore, now that America has a new president. What worked for President Obama is unlikely to work for President Trump. Going up against Mr. Trump will probably force Iran to drop its cloak of modesty and become more overtly confrontational.

From a foreign-policy point of view, the nuclear deal has been a huge success for Rouhani, who is up for reelection in May. Domestically though, not so much.

In November, the National Interest wrote that Rouhani sold the deal to voters saying that it would “alleviate the threat of war against the world’s greatest military power, and second, [it] would inject foreign capital into the Iranian economy and reconnect it to the global marketplace.”

However, one year on from the implementation of the deal, everyday Iranians are yet to feel any economic relief. Instead, most of the economic gains from the deal have gone directly to Iran’s government and military. Added to that, over the past couple of weeks the threat of military action between Iran and the United States has increased. Neither of Rouhani’s selling points for the deal have materialized. And with the elections coming in a few months, hard-liners are looking to capitalize on this.

Politically, Rouhani needs the nuclear deal to hold up for another three months as proof that his diplomatic policy works. But he also needs it to show some economic benefit. Trump isn’t going to make that easy.

The Trump administration has already introduced new sanctions in response to Iran’s latest ballistic missile test. And as Mr. Trump indicated, there could be revisions made to the nuclear deal—certainly not revisions to ease Iran’s economic burdens.

Iran’s moderates have also lost their greatest supporter, former Iranian President Akbar Hashemi Rafsanjani, who died in January. Rouhani is now their most visible spokesman in Iran—and his leadership is in question. Add to that Trump’s new, bold approach toward Iran. This means Rouhani, along with the moderate Iranian camp, is facing an uphill battle.

Trump’s Presence Could Hasten an Anti-Trump

Iran’s hard-liners are already saying that Rouhani is too hesitant to condemn or stand up to Mr. Trump.

They want a counterbalancing president—one who talks as tough as Trump, not a “moderate.” This means the current president needs to stand up to Trump, or he risks looking emasculated.

Now, he’s trapped between a rock and a hard place. His foreign minister, Javad Zarif, has promised reciprocal measures, but should Rouhani do so too harshly, he runs the risk of Trump moving to nullify his most significant achievement in office.

Hard-liners are already saying that Mr. Rouhani was “the right answer in the Obama era but the wrong one now,” as the New York Times put it. “Many expect the next president to be a far more combative figure, in the mold of the former president, Mahmoud Ahmadinejad.”

The hard-liners make a good point. During the Obama presidency a “moderate” Rouhani was ideal. His approach duped the West and allowed Iran to grow to unseen power. (Read our article “Iran Is More Powerful Than Ever” for more on Iran’s development.) Now that Iran is strong and invested across the region, a non-”moderate” leader is needed to hold those gains in the face of pressure from the White House.

Enough pressure from America could break the Iranian regime. But it’s already clear that although Mr. Trump will be stronger than his predecessor, he won’t be strong enough.

The U.S. administration has been quick to point out the costly nature of war in the Middle East and how Trump plans to focus more on America and the strengthening of America’s economy. War with the Iranians—the only thing that will really stop them—is not on the cards. In fact, if Mr. Trump wants to withdraw from the Middle East, he may end up relying on Iranian proxies and allies to keep the—very temporary—peace.

The National Interest continues to describe Rouhani’s predicament this way:

The ultimate victim of Iran’s missed economic opportunity isn’t the investors who had hoped for a bonanza, and might not even be Rouhani if he survives reelection, but the idea that Iran can solve its disagreements with the U.S. by compromise instead of confrontation.”

It would be all the proof Iran’s leadership would need to argue that force must be met with force. That means ditching the “moderate” façade that has been upheld throughout Rouhani’s first term.

The New York Times suggested, hard-liners, and perhaps Khamenei, will look instead for a more “combative figure.” Perhaps Rouhani will show his true colors and fulfill that role, perhaps not. One thing is certain though: A soft, diplomatic Iran is not coming anytime soon.

Over 2,500 years ago, God inspired the Prophet Daniel to write: “And at the time of the end shall the king of the south push at him: and the king of the north shall come against him like a whirlwind, with chariots, and with horsemen, and with many ships; and he shall enter into the countries, and shall overflow and pass over” (Daniel 11:40).

You can prove from your Bible that “the king of the south” is modern-day radical Islam led by Iran. If you haven’t already, request our free, recently updated booklet, The King of the South. It will explain how Iran will fulfill this prophecy.

Note that the U.S. isn’t even mentioned in this prophecy. As the Trumpet has forecast, America will be too preoccupied or too weak to even factor into the equation when Iran clashes with a northern superpower.

In his booklet, Mr. Flurry points to several scriptures identifying Iran as this king of the south. He also shows how events in our day today point to Iran being on the cusp of acquiring nuclear weapons.

While prophecy does not tell us precisely who will rule Iran during this time, we do know the mindset its leaders will have. It will not be one—as many hope for—of moderation. Whether Rouhani goes more hard-line, or whether he loses in the upcoming election to a stronger figure, one thing is certain: Iran is going to become even more radical and more pushy in its foreign policy.

To learn more about America’s demise and the rise of radical Islam, as well as the hope beyond, request your free copy of The King of the South.