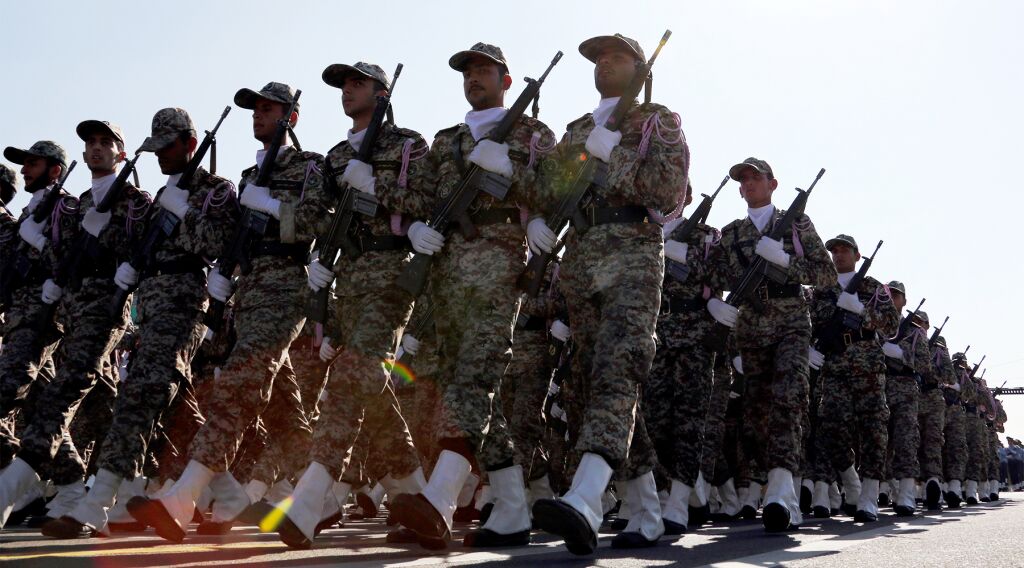 When Iran test-fired ballistic missiles last week, United States President Donald Trump angrily tweeted that “Iran has been formally put on notice.” The era of American appeasement toward Iran that took place under the Obama administration appears to be over. But, as the Washington Post noted this weekend, the U.S. faces an Iran “that is now more powerful than at any point since the creation of the Islamic republic nearly 40 years ago.”

Iran now stands at the apex of an arc of influence stretching from Tehran to the Mediterranean, from the borders of nato to the borders of Israel and along the southern tip of the Arabian Peninsula. It commands the loyalties of tens of thousands in allied militias and proxy armies that are fighting on the front lines in Syria, Iraq and Yemen with armored vehicles, tanks and heavy weapons. They have been joined by thousands of members of the [Islamic] Revolutionary Guard Corps, Iran’s most prestigious military wing, who have acquired meaningful battlefield experience in the process.

If the Trump administration is serious about confronting Iran, it will soon discover that, thanks to former President Barack Obama, this will be a task that is easier said than done. The Post wrote:

So pervasive is Iran’s presence across the region that it is hard to see how any U.S. administration could easily roll it back without destabilizing allies, endangering Americans, undermining the war against the Islamic State, and upsetting the new regional balance that emerged during the Obama administration’s retreat, analysts say.

Under the Obama administration, Iran enjoyed a virtually unimpeded expansion of power into Syria, Yemen and Iraq. The Post wrote that Iran “has developed missiles capable of hitting U.S. bases and allies across the Middle East and built a network of alliances that have turned it into the most powerful regional player.”

It was welcomed back into the international community when sanctions were lifted on Jan. 16, 2016, which gave it a hefty allowance of nearly $100 billion in unfrozen cash. Many international corporations have already signed business deals with Iran amounting to billions of dollars. The Islamic Revolutionary Guard Corps (irgc) has seen a nice increase in its budget.

Iran has also entrenched itself into conflicts where it cannot be easily dislodged. In Syria, it is allied with Russia. Getting Iran to back out of that region also means the U.S. has to put up with Russia. In Iraq, U.S. troops are fighting alongside the irgc in the battle against the Islamic State. Iraq presents the most troubling scenarios for the United States. The Post continued:

Iranian-backed militias are deeply embedded in the overall Iraqi effort to wrest back territory from the militants, one that is also being aided by the United States. In the Mosul offensive, hundreds of U.S. advisers are working alongside Iraqi troops advancing from the east, among about 6,000 U.S. troops currently deployed in Iraq. Thousands of Iranian-backed militia fighters are meanwhile advancing on the city from the west, among a force of tens of thousands that answers mostly, though not exclusively, to Iran.

Being so intertwined with Iran is extremely dangerous for U.S. troops. One Iranian-backed group fighting alongside American troops is called Kitaeb Hezbollah. Less than 10 years ago, this group was killing American troops with roadside bombs and mortars. A spokesman for the group said that if the United States even attempts to diminish Iran’s role in Iraq, its soldiers will not hesitate to attack U.S. troops, stating, “American interests in Iraq are within our sights and our fire range. If they act foolishly, their interests will be wiped out … and we can target their bases whenever we want.”

Iran is holding a gun to American troops in Iraq. The Obama administration put the U.S. in this weak position, and undoing it will not be easy. The Post wrote that the Trump administration “will be facing down a far stronger Iran, one that has taken advantage of the past six years of turmoil in the Arab world to steadily expand its reach and military capabilities.”

The Institute for the Study of War wrote on February 3:

Iran is transforming its military to be able to conduct quasi-conventional warfare hundreds of miles from its borders. This capability, which very few states in the world have, will fundamentally alter the strategic calculus and balance of power within the Middle East. It is not a transitory phenomenon.

Do not expect to see Iran’s power subside from this point forward. These aren’t just blips of power spurting from Iran. It has become the Middle East hegemon.

In an interview with abc shortly after his inauguration, President Trump prided himself on predicting that Iraq would fall to Iran:

And by the way, and I said something else, if we go in and do this. You have two nations, Iraq and Iran. And they were essentially the same military strength. And they’d fight for decades and decades. They’d fight forever. And they’d keep fighting, and it would go—it was just a way of life. We got in; we decapitated one of those nations, Iraq. I said, “Iran is taking over Iraq.” That’s essentially what happened.

Mr. Trump is correct, yet the Trumpet has forecast that very event since the early ’90s. In 1994, Trumpet editor in chief Gerald Flurry wrote the headline “Is Iraq About to Fall to Iran?” (A version of this same article appeared in the June 2003 Trumpet newsmagazine, when Saddam Hussein’s regime was invaded by U.S.-led forces. The quotes below appear in both versions.)

The world has been watching that Bible-based forecast come true for decades now.

The most powerful … country in the Middle East is Iran. Can you imagine the power it would have if it gained control of Iraq, the second largest oil producing country in the world? If so, there seems to be little doubt that Iran would lead the king of the south. …

Iran is becoming a force in the Middle East! …

I have believed for years that Iran will be the king of the south … . It is a very aggressive force that will be stopped only by a superior force!

How true these statements have proved to be. These kinds of statements were controversial in 1994. They were still counterintuitive in 2003. In 2017, they are a fact of life you are seeing unfold in your daily news. Saddam Hussein’s Iraq was a power that the world feared. Now it is largely controlled by its former arch-enemy. How could Mr. Flurry make such a dramatic and accurate forecast so far in advance? For the answer, read “Is Iraq About to Fall to Iran?”

Also, for more detail on this topic, revisit the Trumpet’s April 2015 issue.