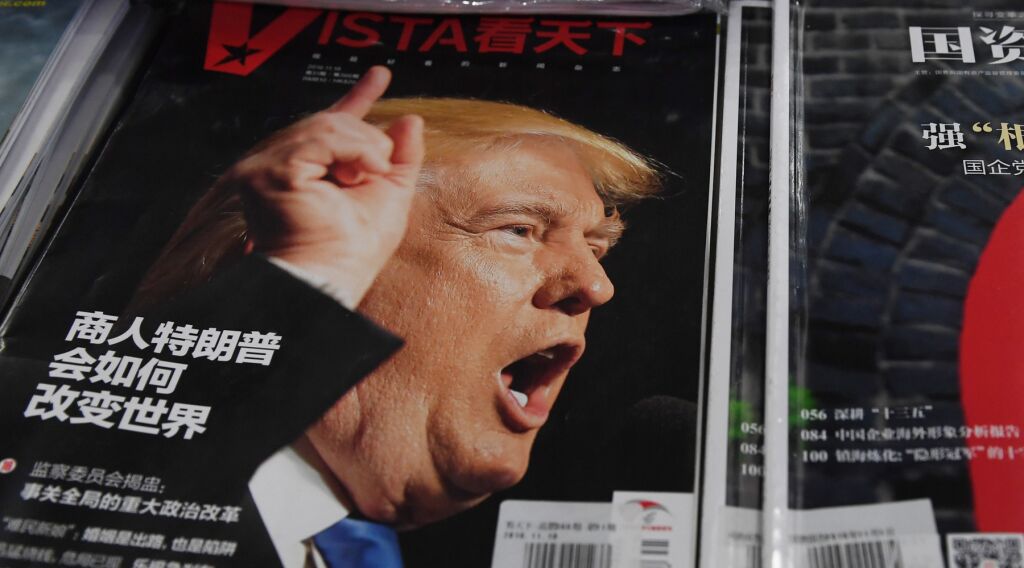 Beijing is furious that United States President-elect Donald Trump said that the U.S. would not necessarily be bound by the one-China policy. In response, China is saying it should be prepared to take Taiwan by military force.

The one-China policy is a diplomatic acknowledgement of China’s view that Taiwan is not an independent, sovereign, democratic nation, but is instead a breakaway province of Communist China that will eventually be reincorporated under mainland rule. Since 1979, the policy has underpinned ties between Washington and Beijing, and has allowed the U.S. only a nonofficial relationship with Taiwan.

Mr. Trump suggested on December 11 that he might wish to use the policy as a bargaining chip in the U.S.-China relationship. “I don’t know why we have to be bound by a one-China policy unless we make a deal with China having to do with other things,” Mr. Trump said in an interview with Fox News. He mentioned China’s currency manipulation, trade tariffs, military buildup in the South China Sea, and relationship with North Korea as areas where Beijing may need to make concessions.

These statements came just nine days after Mr. Trump had angered China by accepting a phone call from Taiwanese President Tsai Ing-wen, marking the first contact between an American president or president-elect and a Taiwanese leader since 1979.

The day after Trump’s interview with Fox, China’s state-run Global Times, which is a mouthpiece for the Communist Party, said Trump’s statements give China no reason to “put peace above using force to take back Taiwan.”

On December 14, the paper ramped up the rhetoric further, writing: “The Chinese mainland should display its resolution to recover Taiwan by force.”

It might be time for the Chinese mainland to reformulate its Taiwan policy, make the use of force as a main option, and carefully prepare for it. Once Taiwan independence forces violate the Anti-Secession Law, the Chinese mainland can in no time punish them militarily. Moreover, getting ready to achieve reunification through the use of force can pose a serious deterrence to Taiwan independence.The military status quo across the Taiwan Straits needs to be reshaped as a response and punishment to the current administration of the Democratic Progressive Party’s (dpp) destruction of the political status quo in cross-Straits ties. …The future of Taiwan must not be shaped by the dpp and Washington, but by the Chinese mainland. It is hoped that peace in the Taiwan Straits won’t be disrupted. But the Chinese mainland should display its resolution to recover Taiwan by force. Peace does not belong to cowards.

The Times further said that “time will tell” whether the Trump administration will “willfully utilize the one-China policy as leverage to blackmail Beijing or restrain itself in actual practice.”

“In any case, the current farce has made China vigilant,” it wrote. “It is possible for Washington to activate the Taiwan card in a crude manner at any moment.”

In 1998, Bill Clinton became the first American president to publicly oppose Taiwanese independence. Trumpet editor in chief Gerald Flurry said Clinton’s stance meant it was only a matter of time before Taiwan would come under China’s rule. In “Taiwan Betrayal” from the August 1998 Trumpet, Mr. Flurry wrote:

The Chinese leaders pressured the president and America to speak against our freedom-loving friends [in Taiwan]. The people of Taiwan fear for their future. They feel betrayed. … Once again, America has showcased its broken will to the whole world. … How could anyone fail to see that Taiwan is destined to become a part of mainland China? These 21 million people are going to be forced into the Chinese mold; and it is going to happen for one reason: because of a pitifully weak-willed America. Does freedom really mean so little to us?

At the time that was written, the idea of Taiwan becoming assimilated into China may have seemed likely only in the distant future. But now, with Mr. Trump saying Taiwan could be a bargaining chip, and with China talking seriously about the need to use military force to settle the issue, that forecast could soon come to pass.