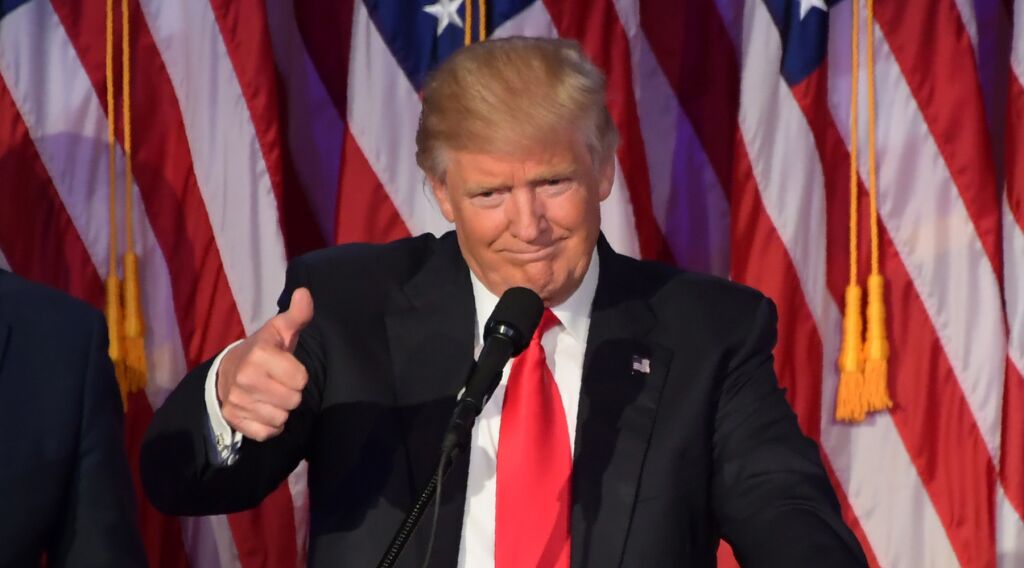 The surprises in America are just getting started.

In an election upset that shocked the media and mainstream analysts, Donald Trump garnered enough state victories to claim a convincing win in America’s presidential election.

If you know biblical prophecy, however, you know that the surprises in America are just getting started.

Consider the ramifications of the fact that, in several ways, this result represents the complete upending of American politics.

(Listen to today’s episode of Trumpet Hour, in which our panelists discuss what the Trump victory means for the Obama administration, for the American people, and for the world)

Mr. Trump snubbed the political establishment of both major parties and suffered no penalty. He rebuked and scorned the press and was rewarded for it. He repeatedly broke every rule that has applied to politicians for generations, and repeatedly defied forecasts, assumptions and expectations. Time after time he scoffed at those who wrote his epitaph. The prognostications were wrong; the analysts were wrong; the polls were wrong. Now everyone is trying to make sense of a reshaped political landscape.

It is easy to see how America’s new president-elect would view this election as a sweet vindication of his “I did it my way” approach. With Republicans not only gaining control of the presidency but also securing control of both houses of Congress, and with the prospect of the Supreme Court also shifting conservative with one or more Trump appointees, many pundits today are talking about the strong mandate Mr. Trump received to do as he pleases.

But this view overlooks just how much this result represents a rejection of something rather than an embrace of something. A repudiation—a rebuke.

A great many Americans are angry. A great many votes for Mr. Trump were expressions of animosity and outrage at a corrupt political system, of which Hillary Clinton is an apt representative and symbol. A great many were votes against a candidate they absolutely did not want to see in the White House. Many were expressions of exasperation over the declivitous decline of America in a variety of manifestations, domestically and globally. For many, their vote was a full-throated protest against current politics, against the Obama administration, against socialized medicine, against open borders, against government regulation and intrusion, against bowing and kowtowing to foreign governments.

For many, it was also a forcible stiff-arm to a mainstream press laden with bias, smugness and self-superiority. For many more, Mr. Trump’s very candidacy reflected an outcry against the Republican establishment that proved itself so feckless at stopping the radical left’s usurpation of power and disregard for the Constitution and the rule of law.

For these reasons, Mr. Trump won in spite of most Americans disliking him. Exit polling showed that six in 10 voters believed him to be unqualified to be president—that would necessarily include many who voted for him. Sixty-one percent of them held an unfavorable view of him, and 63 percent said he lacked a presidential temperament. Seven in 10 voters were bothered by his treatment of women.

Certainly Mr. Trump has his genuine believers. But those whose votes were a strong “Yes!” to Trump are strongly outnumbered by those saying “No, no, no, no!” to a mountain of provocations and aggravations and vexations. Like Britain’s vote in June to leave the European Union, in large part this vote sprang from people’s angst and panic over their loss of control and their sense that any change would be an improvement. In aggregate, Mr. Trump’s victory represents a groundswell of desperation to try anything different from what we’ve been getting.

This assumption may have been correct. But it raises a massive question: Just what will replace “what we’ve been getting”? To whatever degree Americans were reacting against things they don’t like and don’t want, they did vote for this man. In many minds he was less bad than the alternative—but what will he actually do?

In many ways, Americans have no idea what Mr. Trump is going to do. Where his pronouncements have been clear, they have been changeable; he says something definitive one day and backtracks the next. He successfully identified many of America’s problems, but essentially offered himself as the solution to all of them. What does that mean? Who knows how he would go about it? It is truly a leap of unfounded faith to think that this man can restore America to greatness. He can only say, “It’s going to be great—believe me” for so long before it becomes obvious that people’s grandiose and diverse and contradictory expectations of his presidency are going unfulfilled.

In addition, the Trump victory highlights a misdiagnosis of the cause of America’s problems. This nation isn’t going down because of a bad president, or because of a handful of corrupt politicians, or special-interest lobbies. The cause is much deeper. It is spiritual in nature.

Peggy Noonan made an important observation in her Wall Street Journal column earlier this week. “A closing thought: God is in charge of history. He asks us to work, to try, to pour ourselves out to make things better. But He is an actor in history also. He chastises and rescues, He intervenes in ways seen and unseen. Or chooses not to. Twenty sixteen looks to me like a chastisement. He’s trying to get our attention. We have candidates we can’t be proud of. We must choose among the embarrassments. What might we be doing as a nation and a people that would have earned this moment?”

She is on to something there. But as to the question “what might we be doing” to have brought this chastisement upon ourselves, she apparently doesn’t know, or is unwilling to say.

Look at America today! Try to look at it from the point of view of the God who is in charge of history—and ask yourself if you can think of anything we might be doing as a nation that would cause Him to be chastising us and trying to get our attention!

God has been trying to get America’s attention for decades—and we have ignored Him, defied Him, and openly blasphemed Him. We are suffering curses for doing so—curses that are destined to intensify, no matter who is president.

You need to know why. Let God get your attention. He has spelled out in biblical prophecy exactly what is going to happen to this nation because of the course we have chosen. You can read all about it in Herbert W. Armstrong’s book The United States and Britain in Prophecy. Anyone who ignores that forewarning is about to experience a series of shocks far more devastating than an election upset. The surprises in America are just getting started.