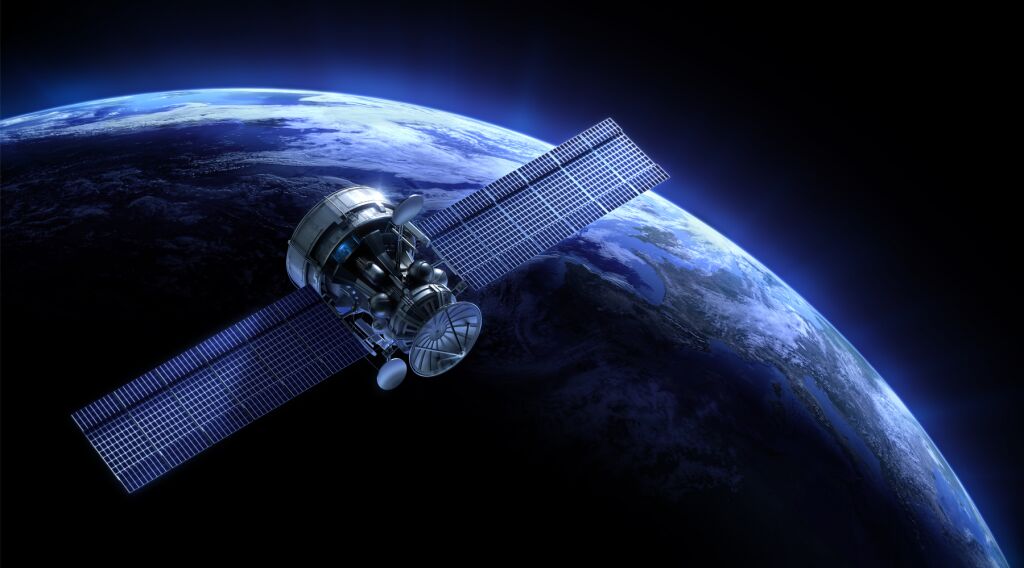 What was once restricted to the realm of fiction and fantasy is now reality, and the U.S. is already losing.

In the last few decades, the idea of space warfare has evolved dramatically. Once perceived only in the fantasy realm of tie fighters and X-wings, war in outer space is now reality. In a technological age, satellites and military installations in orbit are taking on a pivotal role in geopolitics.

The realm formerly dominated by the United States is under threat. With each satellite launch by foreign powers, gaping holes form in America’s defenses. Space is being opened up to a number of powerful nations eager to exploit the heavens for their own military advantage. Invisible battlegrounds are forming in the night sky.

In a bid to maintain military dominance, the U.S. is changing the way it prepares for space conflict. A new initiative has been launched to counter the arrival of new and powerful threats: Space Mission Force.

This sci-fi-sounding program aims to train satellite operators in the evolving concept of space conflict. Tactics and responses to threats are part of the intense six-month training course, followed by another six months of skill application.

The program was developed over the last year and was recently explained in an eight-page white paper report titled “Space Mission Force: Developing Space Warfighters for Tomorrow.”

But comments from the architect of the program, Air Force Space Command Gen. John Hyten, indicate that the U.S. should be developing space warfighters for today not tomorrow. America’s enemies are working hard to catch up in the military space race. Russia and China in particular pose a significant threat in any upcoming conflict.

In his report, Hyten warned, “If we do not adopt this transformation quickly, we will lose our competitive advantage in space and jeopardize our ability to successfully confront adversaries in all domains.”

China calls the antisatellite weapons a “trump card” against Washington. It is easy to see why.

The threat is about much more than defeating American spy technology. China’s abilities in space threaten the entirety of space-based infrastructure—changing the world as we know it.

Consider our reliance on satellite technology: communications—radio, telephone, television; navigation—the ability for planes, ships and vehicles to know where they are; reconnaissance—spying; exploration and astronomy—our ability to look out and not just in; weather watching—what flight pattern a pilot should take, etc. All these factors play a role in the lives of everyday people around the globe.

If that were all taken away, nobody has as much to lose as America.

Trumpet contributor Richard Palmer pointed out in “Space: The Final Military Frontier” that the U.S. relies on space. “Take away these space systems, and American commanders become blind, deaf and dumb.”

How could the U.S. react to an attack in space? Palmer makes the case (emphasis added):

If another nation destroys all of America’s satellites, America cannot retaliate. Smart bombs and gps-guided battlefields help America avoid collateral damage and gives it an edge. But it also creates a unique dependency. Cut any other nation off from space, and it’s a minor inconvenience. But deny America the use of space, and its normal methods of conducting warfare are useless.

America ought to be worried about China’s advances because it has so much to lose should the space race be narrowed between the powers. China’s satellite-destroying tests are a blatant threat against the United States.

And even more worrying: China is not the only threat out there.

If the Chinese dragon has developed missiles capable of destroying U.S. satellites in deep orbit, the Russian bear has as well.

Russia is believed to have 75 military or joint-use satellites currently in orbit. Just as worrying as the devices themselves, Russia also has the ability to find U.S. spy satellites.

Russian newspaper Izvestia says that Moscow is planning on publishing information on U.S. spy satellites in an effort to “level the playing field.” Doing so would put critical information in the hands of the Chinese, further compromising U.S. security in space and on the ground.

Washington has already publicized information on Russia’s satellites, and now the Kremlin is returning the favor—with potentially devastating consequences.

As technology advances, finding satellites has become easier and easier. For instance, the latest U.S. spy satellite was discovered by an Australian observer just three days after its launch. His findings were published in a blog for all to see.

Roughly 1,380 satellites are in orbit today. Of those, 149 are believed to be U.S. military or joint-use; Russia has 75; China 35; Israel 9; France 8; and the United Kingdom and Germany 7. Combined with all the commercial satellites and estimated 500,000 pieces of space junk, it is getting crowded up there.

The overabundance of high-speed debris and military infrastructure risks triggering the Kessler syndrome. Donald Kessler was a nasa scientist who postulated that orbital debris would increase until a chain reaction was sparked. Debris would hit a satellite, creating more debris, which would hit more satellites, causing more debris. The problem would compound similar to a nuclear reaction, where one element is destroyed, causing the destruction of more elements, which do the same again.

Should a war break out in space, it could quickly lead to such a chain reaction. In that event, warfare as we know it today would go out the window. Events in space would trigger a major change for life on Earth below. The “blind, deaf and dumb” commanders would have to look to conventional warfare as opposed to the satellite-reliant drones and guided missiles.

In space, technology is fielding new and increasingly ominous ways to destroy itself. If space confrontation were sparked, the Space Mission Force would quickly find itself redundant.

U.S. forces argue, however, that they are capable of deterring such a war. According to the U.S. Department of Defense website, during a U.S. Strategic Command meeting panel, acting undersecretary of defense for policy Brian McKeon stated, “We can raise the cost against any potential attacker by a variety of means, including combining our space forces with those of our allies, and increasing military costs by creating space systems that force an adversary up the escalatory ladder—a ladder he may not wish to climb.”

But China already risks triggering the Kessler syndrome with its testing, as well as sanctions from an irate U.S. What will happen if war broke out? With weapons capable of leaving the U.S. defenseless and reshaping warfare so dramatically, “climbing the ladder” seems more like a lucrative opportunity than a deterrent!

McKeon and his fellows believe that Space Mission Force is key to projecting power in the world. But he is wrong. Avid students of Bible prophecy know that many of the pivotal battles to come will likely be fought conventionally—and the U.S. will be no part of them.

Consider the battle described in Revelation 16:14. World powers are prophesied to gather outside Jerusalem. At that moment, Christ will return and defeat these armies, instituting His rule. Zechariah 14:12-13 describe in graphic detail this supernatural confrontation. This final decisive battle will be “the battle of that great day of God Almighty.”

As horrific as it sounds, this is what it will take for Christ to bring nations to accept His way! And look at the eventual fruits it produces.

“And many nations shall come, and say, Come, and let us go up to the mountain of the Lord, and to the house of the God of Jacob; and he will teach us of his ways, and we will walk in his paths: for the law shall go forth of Zion, and the word of the Lord from Jerusalem. And he [Christ] shall judge among many people, and rebuke strong nations afar off; and they shall beat their swords into plowshares, and their spears into pruninghooks: nation shall not lift up a sword against nation, neither shall they learn war any more” (Micah 4:2-3).

The time is coming when peace will cover this Earth; but hard times are coming first. Read our free booklet The Wonderful World Tomorrow—What It Will Be Like. Wars are almost over—both in space and on Earth. And although they rage above and around us, we can be spared the brunt of their impact.