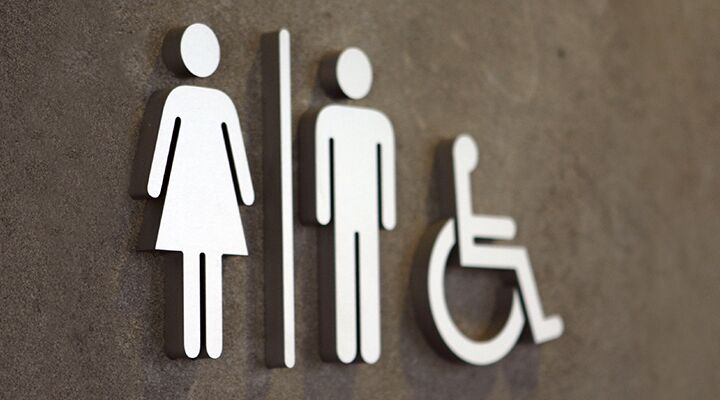 Back when it was first becoming fashionable for transgenderism to be celebrated in the mainstream, critics of the trend would sometimes joke: What’s next? People choosing their race? Their age?

Such notions seemed ludicrous. But in the time since, both of those have happened. Rachel Dolezal of Washington maintains that she is a black woman despite her blond hair, green eyes and her two white parents. And a Canadian 52-year-old father of seven decided that he is actually a 6-year-old girl—and he was adopted by a Toronto family that lets him pretend to live as a child of that age.

But now we’re well past all that, with some claiming that they’re not human at all but entirely different species.

These “trans-species” individuals identify either as animals—such as cats, wolves and lions—or as mythical creatures like unicorns, mermaids, werewolves or dragons. They call themselves otherkin.

Otherkin communities are growing. They convene on Tumblr, LiveJournal, Reddit and other online forums. And more and more cities are also home to regular “irl” otherkin meetings and conventions.

Some otherkin just identify with their creature in a “spiritual” kind of way. But others identify as the creature, and won’t be talked out of the idea that they are a non-human species. Many theories have been posited explaining how a non-human could end up inside a person, but self-proclaimed otherkin generally don’t fret too much about the “how” of their situations.

A 19-year-old man from Tennessee explained his otherkinship to Vice: “I am a red fox-kin who was, as we call, awakened about a year ago. [The awakening felt] at the very least, relieving [because] everything seemed to come together for me. … At first it was one of those things that I freaked out over, and then after a while it was like ah… I’m just gonna play with my tail for a minute.”

Following the lead of transgender individuals, otherkin have created new sets of pronouns for themselves. Also like the trans crowd, they say anyone who declines to play along with the idea that they are a cat, dog or dragon is guilty of a hate crime.

Like many transgender people, some otherkin have their bodies disfigured in order to look more like the entity they identify as. Some have incisor teeth filed to points so they look more feline or canine. Others have their tongue slit in two to look reptilian. Some have whiskers or horns implanted in their skin or skull. Some have their noses trimmed or flattened. One man had the exterior parts of his ears removed entirely so that he would resemble a parrot.

It would be easy to dismiss the otherkin movement as something too ridiculous to warrant much acknowledgement. It’s easy to think the movement shouldn’t be taken seriously because the individuals are either just seeking attention or mentally ill. Besides, they are such a tiny fraction of the population.

But are trans-species claims much more bizarre than those of individuals who identify as transgender? Both groups say feelings inside a troubled mind trump biological reality. Both call for sometimes going under the knife in order to force reality into looking more like those feelings.

And transgenderism, until recently, affected so few that the majority thought the phenomenon was undeserving of much acknowledgment. Transgender people were also long regarded as mentally ill or publicity seekers until society’s recent attainment of a new level of “enlightenment.” Now transgenderism has become policy in many schools and businesses. The heroes of the movement are celebrated by the media. And American tax dollars pay for “gender reassignment” surgeries.

If the new enlightenment keeps advancing and expanding, will the mainstream come to celebrate otherkin? Will tax money pay for whisker implant surgeries?

The rise of the otherkin serves as a sobering example of what can happen when feelings are exalted above biological reality.

People—especially younger people in affluent countries—can develop strong feelings about most anything. They can feel like they’re a different gender, age, race, species or anything else that contradicts biology.

If people harboring such feelings are lovingly but firmly shown their error, they can reject those feelings and have an opportunity to move on and live healthy lives. But when society begins to uphold feelings above biological reality, then such loving correction is unlikely to be offered.

The moral landscape of the Western world has changed drastically and rapidly in recent years, and it paves the way for a host of ever more demented trends. In the January 2016 issue of the Trumpet, managing editor Joel Hilliker wrote:

American morality is transforming. Where will it be five years from now? It progressed from the traditional Judeo-Christian family to the non-religious family to the dysfunctional family to the divorced and remarried family to the fornicator to the adulterer to the homosexual/bisexual/pansexual/transsexual/transgender. Is that where it ends? Or is there more transformation to come?

The growing otherkin movement is one of many showing that the transformation of American morality is far from its end. It’s one of many trends showing the dangers of upholding the feelings of a troubled mind as something virtuous. For vital answers about what the rapidly changing moral landscape means, and how it is affecting your family, order a free copy of Mr. Hilliker’s booklet Redefining Family.