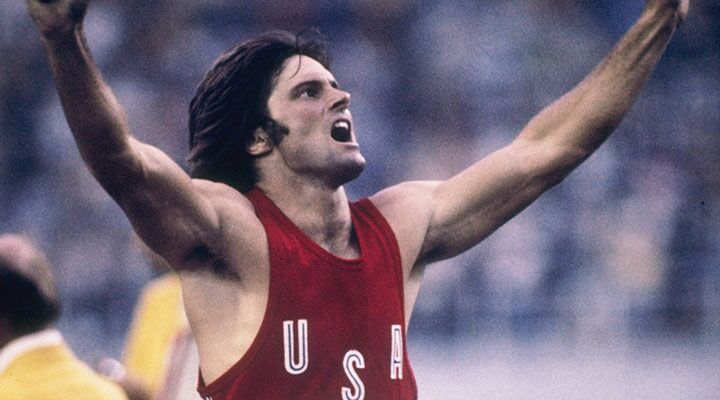 Bruce/Caitlyn Jenner, Rachel Dolezal—these stories about gender and race show how the home of the brave is becoming the land of the free-from-reality.

The world order is being flipped over like a cheap card table—in the Far East, Central Asia, the Middle East, Europe and elsewhere. But what are the big stories dominating the American media?

These stories are bizarre and crazy. Yet they give a stark picture of America’s morality and character—and sadly, also of its future.

Story number 1: Bruce. A man decides he is actually a woman, he has a 10-hour operation on his face to make it look more feminine, and now he wants to be called Caitlyn.

The real story is that quite suddenly, Americans are expected to accept this as perfectly normal.

According to the abrupt new conventional wisdom, anyone who views this man’s actions as unhealthy and abnormal is out of touch, insensitive and bigoted.

The media is on board. Politicians are on board. This is the new mainstream view.

But it represents a phenomenal revolution in American morality.

Recently a year-old Wall Street Journal article has been trending online, written by Johns Hopkins University School of Medicine’s Paul McHugh, professor of psychiatry. In it he decried state laws that bar psychiatrists from trying to help a minor with gender confusion to have natural gender feelings. The states that have passed these laws can actually prevent parents from getting help for their children. McHugh also wrote about doctors at prestigious hospitals who have begun treating gender-confused 5-year-olds with puberty-delaying hormones to make it easier to give them sex-change surgeries later in life. And this despite the fact that these drugs stunt the children’s growth and can cause sterility. “Given that close to 80 percent of such children would abandon their confusion and grow naturally into adult life if untreated,” McHugh wrote, “these medical interventions come close to child abuse.”

In today’s upside-down world, we are simultaneously told that it is wrong to try to help someone change from homosexual to heterosexual—but it is praiseworthy to have physical surgeries to try to change from a man to a woman, or vice versa.

We are told that your thoughts are a greater determinant of your sex than biological reality is. But then at the same time we are also supposed to celebrate when someone tries to surgically alter biological reality, and pretends to be something they are not.

That is the world we live in. And if you don’t like it or don’t agree, then you are the weird one.

That brings us to story number 2. I happened to be traveling this past weekend and on the radio heard a parody on Rush Limbaugh’s “week in review” program: A white man called in to “come out” as a black man. He doesn’t look black, he said, but he knows in his heart that he’s black.

It was a joke—a caricature of story number 1—intended to point out how silly it is to accept feelings over physical, provable, objective reality.

But then, last Friday, parody turned into reality.

Rachel Dolezal, president of the Spokane, Washington, chapter of black civil rights organization naacp, was exposed for having masqueraded as a black woman for 10 years. This woman is white. She was born with blond hair and green eyes. Her parents are white, of primarily German and Czech ancestry.

But she frizzed up her hair and darkened her skin. She claimed her dad was a dark-skinned black man—a lie. She claimed she was raised in South Africa, that her parents punished her for having dark skin, that she was disciplined with “baboon whips” like those used in slavery days—more lies.

She claimed to be the victim of several anti-black “hate crimes” for which police found no evidence. She wrote about how things such as Twelve Years a Slave and the Eric Garner death touched her deeply as a black person.

She knew she was lying. She instructed one of her adopted brothers, “Don’t blow my cover.”

This is a woman with serious problems. Her mind is crowded with illogic—academic folderol about victimhood and race, mixed together with flawed liberal ideas about personal truth trumping actual truth. On top of that, she is a pathological liar. And she took advantage of people’s credulity and confusion.

This is a whole bundle of pathologies that are crazy about our society—all rolled into one head. A lot of people are looking at this and can see that, if anything, this woman needs help.

But here is the really crazy thing: Some people agree with her.

“Is it possible that she might actually be black?” msnbc’s Melissa Harris-Perry asked on air. What? “And the best way that I know how to describe this and I want to be very careful here because I don’t want to say that is equivalent to the transgender experience but there is a useful language in trans and cis, which is just to say some of us are born cisgendered, some of us are born transgendered, but I wondered can it be that one would be cis-black and trans-black? That there is actually a different category of blackness—that is about the achievement of blackness, despite one’s parentage. Is that possible?”

“It’s absolutely possible. Why not?” responded her guest, author Allyson Hobbs. “One thing that she said that I found so fascinating was she said her identity is multilayered, and that her identity is very complicated, and that she didn’t expect for people to understand it easily. … [T]here certainly is a chance that she identifies as a black woman and that there could be authenticity to that.”

Authenticity? The only thing multilayered and complicated here is this pseudointellectual flimflam.

npr also did a Rachel Dolezal story discussing how racial identity is a social construct. It’s dynamic, you see—legal definitions change, social definitions change. “[O]ne of the things this story has surfaced again is the idea that race is a fiction, that it is not a thing that is fixed, that it is a thing that we are always negotiating, and so we’re having conversations,” explained npr’s Gene Demby. “Even though she may be a sort of imperfect fulcrum for those conversations, we are having conversations very candidly about the messiness of these identities that we all are choosing to some extent.”

Apparently now we’re all choosing our racial identity to some extent. If you’re not, you must be the odd one.

This is so crazy that if I saw it on The Onion, I would think it was a brilliant satire.

You know what this is? It’s “The Emperor’s New Clothes.” People everywhere are staring at the naked emperor and saying, Oh, what an impressive garment—it’s beautiful! Anyone who can’t see it is blind and backward! But we are enlightened—we see it!

You can listen to me discuss this issue below.