A look at how we treat our elders suggests a contributing cause. 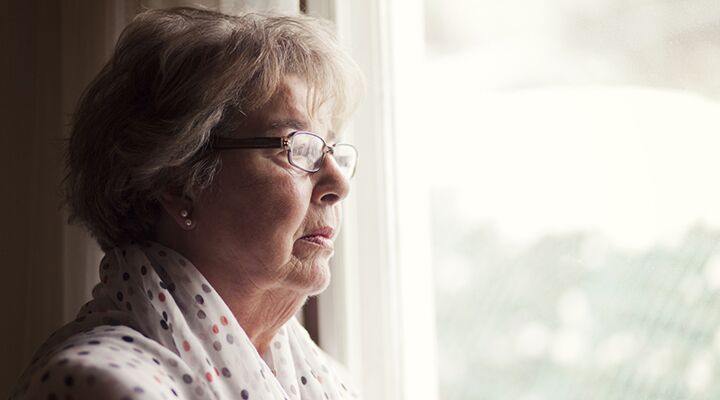 A look at how we treat our elders suggests a contributing cause.

The Alzheimer’s pandemic has long been a dark riddle. What are its causes? Why has it apparently become much more widespread just in the last few generations? Why does it afflict some nations more aggressively than others? Why do twice as many women suffer from it than men? And what can we do to fight back against this terrible, incurable disease?

But a new study by the Yale School of Public Health offers some possible answers—with implications for both the young and the old.

According to the study, the main cause of Alzheimer’s may be lack of respect for elderly people.

The study says that individuals who are conditioned by society to believe that they will lose their mental sharpness when they grow old likely will. People who succumb to negative thinking and feeling obsolete, it says, will sometimes mentally “retire.” And this withdrawal can actually change their brains in a way that leads to Alzheimer’s and other kinds of dementia.

The logic of the conclusion is easy to understand: When those who are negative about aging begin growing old, they will put forth less effort. They will give up more easily in the face of difficulty and try to avoid challenging situations. And since the brain is a “use it or lose it” organ, avoiding challenges and reducing effort leads to physical deterioration.

The study, titled “A Culture–Brain Link: Negative Age Stereotypes Predict Alzheimer’s Disease Biomarkers,” was published on Dec. 7, 2015, in the journal Psychology and Aging. (You can read about its methodology in the sidebar, page 13.)

This study is far from the final word on Alzheimer’s. From nation to nation, there are stark differences in diet, lifestyle, fitness levels and medical reporting methods. These and numerous other factors likely contribute to the differing rates from nation to nation. And sometimes, even well-respected, active people who push themselves and seem to be doing everything right—such as Ronald Reagan—succumb to the ravages of Alzheimer’s. Nevertheless, the study’s findings are potentially important because they could help explain why rates of dementia are so much higher in Western nations like the United States and Britain than in such countries as India, Cambodia and Greece, where aging is celebrated and elderly people are respected.

The societies of America, the United Kingdom, Australia, Canada and most other Western nations today are not only obsessed with youth, but also openly hostile toward aging.

“Institutionalized prejudice against aging is condoned by our society,” wrote Todd D. Nelson, an associate professor at California State University–Stanislaus. “Americans shun older people because they are obsessed with youth and beauty,” he said.

Experts say the media plays a major role in these perceptions. The elderly are usually painted as irrelevant, slow-thinking, chronically ill, unable to work, and burdensome. Their wisdom—if they are shown to have any at all—is depicted as outdated and useless.

In Social Issues in America, author James Ciment wrote, “The media, in particular, emphasize the positive attributes of the young.” By contrast, “the elderly are generally excluded from the media, except as figures of amusement or ridicule.”

Americans are 17 times more likely than Greeks to contract Alzheimer’s.

In Learning to Love Growing Old, Jere Daniel explains: “Influenced by the fairy tales we hear as children, and what we see on television and hear in everyday life, we develop negative stereotypes about aging by the time we are 6 years old …. These stereotypes persist as we grow up, completely unaware that we even acquired them or granted them our unconditional acceptance. With our understanding of the subject forever frozen, we grow into old age assuming the stereotypes to be true. And we live down to them.”

Far too many people in America, Britain and most other Western societies buy into the negativity about aging—with devastating results. But some cultures hold a different view of aging and elderly people.

In parts of India, the elderly are usually in close contact with their children and grandchildren for life. And all members of the family hold them in high regard.

Achyut Bihani of the Institute of Management–Calcutta explained how the typical Indian family esteems its eldest members. “Advice is always sought from them on a range of issues, from investment of family money to nitty-gritties of traditional wedding rituals and intra-family conflicts. And this is not just passive advice; their word is final in settling disputes.”

Bihani said that disrespecting the elders of the family or sending them to live in a nursing home has a strong social stigma and rarely happens.

The situation is similar in Cambodia. CambodianWelfare.org says, “Elders are respected by all age groups; they stay with the family for comfort and support.”

On most metrics, you would find Western nations such as America and the UK outperforming these Eastern nations. But their rates of Alzheimer’s disease are drastically lower.

How much of that difference may be attributed to these cultures being more hostile toward aging?

What About Life Expectancy?

Some may say the only reason the U.S. and UK have higher Alzheimer’s rates than places like India and Cambodia is simply that people live longer in the Western nations. Since more Americans and Brits live to reach old age, more develop age-related diseases.

It’s true that life expectancy often plays a role in the differing rates of Alzheimer’s between nations. But the example of Greece shows that longer life spans alone do not always account for the vast disparity.

The massive difference may well be because of the positive view Greeks have of aging and the aged. The 2006 book On Becoming Fearless … in Love, Work and Life says that in all of Greece “the idea of honoring old age, indeed identifying it with wisdom and closeness to God, is in startling contrast to the way we treat aging in America.”

Even still, the similar findings of the new Yale study are not the last word on Alzheimer’s disease and dementia. Nevertheless, the evidence indicting our attitudes toward aging is compelling. And a look at the Bible makes clear that negative views of aging and the aged is contrary to God’s law.

The Young Should Honor the Aged

God says younger people should “rise up before the hoary head” and “honor the face of the old man” (Leviticus 19:32). God sees gray hair on a person as a “crown of glory” (Proverbs 16:31). And He wants people of all ages to view the elderly as He does.

When young people fail to respect the aged members of society, they miss out on some invaluable resources: “With the very aged is wisdom, and with length of days understanding,” says Job 12:12 (Young’s Literal Translation).

God’s plan allots most individuals about 70 years or so to live, to make decisions, and to learn about life. That doesn’t mean age always leads to wisdom (see Ecclesiastes 4:13 and Job 32:6-9). But in general, people who have lived longer will have acquired more wisdom. And younger people benefit immensely from absorbing that wisdom into their lives.

If younger people learn to respect old age, they will also benefit later in their lives when they themselves grow old. Rather than succumbing to feelings of negativity about aging, they’ll be grateful to live through the latter chapters of their lives. With a positive view of aging, they will be likelier to retain their mental health and acuity for their entire lives.

If young people want to obey God and reap the benefits of living life the way He designed it, we will go out of our way to reverence our senior citizens. And we will rid our thinking of the toxic negativity about aging that society instills in us.

Wear Your ‘Crown of Glory’ Proudly!

The findings of the Yale study also carry a clear message for older people: No good comes from believing the negativity about aging, no matter how deeply that negativity is entrenched in society.

Buying into such beliefs becomes a self-fulfilling prophecy. Proverbs 23:7 says that our thinking determines what we become: “For as he thinketh in his heart, so is he.”

If a person puts forth less effort, gives up more easily in the face of difficulty, and avoids challenging situations, his brain will suffer. The quality of his thoughts will decline, his memory will dull, and his mental ability will wane. In some cases, he will contract Alzheimer’s.

One solution is to reject society’s negativity about aging and to wear the “crown of glory” proudly!

Should we believe the writers of The Simpsons and South Park, or the Writer who inspired the book of Psalms?

Psalm 92:14 says that “even in old age,” people can “produce fruit” and “remain vital and green” (New Living Translation). That is a remarkable passage and an inspiring truth.

The Bible provides dozens of examples of men and women who remained “vital and green” well into old age. And it shows how they did it.

One of those is Caleb the son of Jephunneh. This is the man who entered into the Promised Land as a spy when he was 40 years old. But Caleb’s story did not end there.

When he was 85 years old, Caleb was every bit as strong and sharp as he had been at age 40.

“I was forty years old when Moses the servant of the Lord sent me … to explore the land. … Here I am today, eighty-five years old! I am still as strong today as the day Moses sent me out; I’m just as vigorous to go out to battle now as I was then” (Joshua 14:7-11; New International Version). That is an amazing statement. At age 85, Caleb felt no decline at all from how he had felt during his prime. In light of that, you could say, his prime was actually still prevailing at age 85.

Because of his confidence and strength, 85-year-old Caleb asked to be given a swath of land partly inhabited by a group of hostile, powerful people. He was not afraid to confront them to defend his inheritance. In fact, he was eager to do so (verse 12).

How could an 85-year-old man be just as strong and sharp as he had been at age 40?

The phenomenon was due to three main reasons. First, Caleb was highly active from age 40 to 85, wandering in the wilderness, fighting vigorous battles, walking many miles on most days, and pressing toward the goal of the Promised Land. He was pushing himself physically and mentally.

The second reason Caleb remained mentally and physically strong ties in to the new Yale study: He lived in a society that respected its elders. The command God gave to young people to “rise up” (from the Leviticus 19 passage cited earlier) was a command given directly to the society Caleb lived in. And it was enforced in that society.

In this one way—respecting elders—ancient Israel was more like modern-day India or Greece than it was like modern-day America and Britain. Caleb was respected. His wisdom was valued. That contributed to the fact that he did not deteriorate from age 40 to age 85.

Both of these factors greatly contributed to Caleb’s vigor. It is also possible that people of that era lived longer, in general. But Caleb pointed to a third factor, which he said was the major reason why he retained his vitality: I am still as strong today because “I wholly followed the Lord my God” (Joshua 14:8).