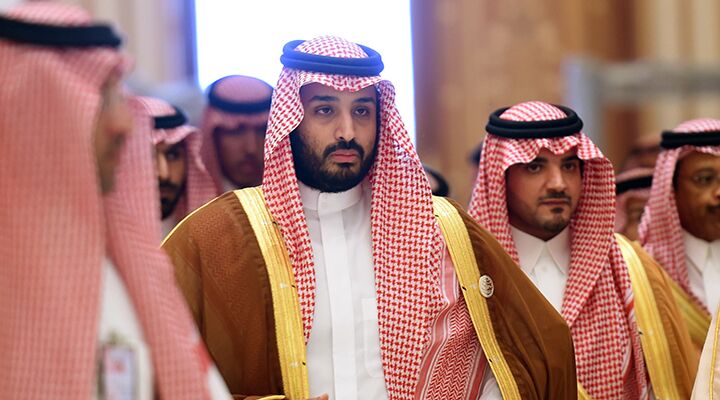 When the Saudi deputy crown prince and relatively inexperienced defense minister, Mohammed bin Salman, announced a military alliance on December 15 to fight the “disease” of terrorism that has “damaged the Islamic world,” the global response was underwhelming at best. At worst, the world treated this new coalition with scorn and ridicule.

One observer determined that the 34-member, Saudi-led alliance of Islamic nation states “makes little sense.” Another bluntly called it a “joke [that] doesn’t need a punchline.”

“[T]here are many reasons to doubt how effective the [coalition] plan will be,” noted the New York Times. Many other commentators questioned the “seriousness” of the newly-formed Islamic federation.

As important as it is to not overestimate the current reality of this coalition, it is also critical to not undervalue its future potential.

Islamic State terrorists, ostensibly the chief targets of the alliance, threatened to fight back: “With permission from Allah, this alliance will be the beginning of the collapse of the governments of the oppressive tyrants in the lands of Islam.” The Islamic State called those nation states “morons and fools” in an article titled “Mohammed bin Salman’s Alliance of Surprised Allies.”

At least three of those nation states—Pakistan, Lebanon and Malaysia—were indeed surprised that they were included in the alliance.

But other nations of more significance welcomed the Saudi-led alliance. Turkish Prime Minister Ahmet Davutoğlu said the military union was the “best response to those who are trying to associate terror and Islam.” Representing the only nato member in the alliance, Davutoğlu believes that “this effort by Muslim countries is a step in the right direction.”

Saudi Arabia’s Islamic military alliance has also been ridiculed for its inclusion of countries that do not have majority Muslim populations: Countries like Gabon, Benin and Togo.

However, these nations are members of the Saudi-headquartered Organization of Islamic Cooperation. The populations of their Muslim minorities are significantly high.

This fact takes on greater significance if we consider the viewpoint of some analysts: The Middle East can only be solved by Muslim solutions.

That viewpoint is informed by the rationale that a Muslim-versus-Muslim clash—which a Saudi-led Islamic intervention would create—would not incite apocalyptic jihadists with the same extremism that a West-versus-Muslim clash would. The latter “solution,” the analysts believe, would violently inflame those apocalyptic extremists who, from their interpretations of the Quran, already anticipate an epic clash of civilizations—one pitting Muslims against essentially everyone else.

Besides, whether apocalyptic or not, the Muslim world has typically responded to Western intervention in the Middle East with a furious determination to humiliate foreign “invaders.”

Who Is the Real Target?

Another source of criticism for this Islamic alliance is the exclusion of nations such as Iran, Iraq, Algeria, Oman, Afghanistan and Indonesia. Not including Shiite Iran, Iraq and Algeria, in particular, proves that Saudi Arabia’s coalition is less of an Islamic coalition and more of a Sunni alliance. (The Saudis are mostly Sunni Muslims.)

Saudi Arabia, while indeed wary of the Sunni Islamic State, has sponsored Sunni terrorist groups, including the Islamic State. For the Saudis, such support has been expedient for countering its own Shiite minority as well as challenging the region’s Shiite powerhouse: Iran.

(Listen to our Trumpet Hour segment on this topic beginning at 23:32)

The Saudis thus recognize Iran as the biggest existential threat in the Middle East, if not the whole world. As Shikha Dalmia wrote for The Week, “Saudi Arabia largely tolerates isis terror, because unlike the U.S., it has other bigger worries.” Bruce Riedel, a former cia analyst, wrote, “For Riyadh, the battle against Iran is as important as the battle against al Qaeda and Islamic State—perhaps even more important.”

The West would do well to grasp this perspective.

Where the Alliance Is Leading

“Perhaps the most damning criticism of the alliance,” wrote the Washington Post, “is just how vague it is.” Prince Salman said the focus of this new alliance will not just be the Islamic State but “any terrorist organization that appears in front of us.” “[N]othing is off the table,” explained Saudi Foreign Minister Adel al-Jubeir.

However, how vague this coalition is makes it especially significant. This alliance will not dissipate after it has fulfilled its specific purpose because it doesn’t have one! Instead, this Arab grouping will grow and morph into a different kind of alliance.

Consider the Organization of Islamic Cooperation, the Arab League, the Muslim World League, the Gulf Cooperation Council or the Saudi-led coalition in Yemen. The Arab world has been trying to develop effective military alliances since the 1940s, and one alliance has often led to another.

The Washington Post added: “[W]hile this new alliance may appear to target terrorism, it’s not hard to see it as an extension of the Saudi-led coalition currently fighting in Yemen.”

Could this new alliance became something else in the future?

More and more, problems are compelling nations to forge alliances in order to confront foes, which otherwise would have been insurmountable. It’s a trend we can expect to continue—a trend that will be shaped by the past, present and future of the Middle East.

This is where Bible prophecy powerfully informs our understanding of these alliances. As the Trumpet has discussed for more than 20 years, a prophetically significant coalition of Arab nations will emerge in the Middle East. A prophecy in Psalm 83 shows that that alliance will comprise 10 nation states—not 34! It explicitly includes Saudi Arabia, Turkey, Syria, Jordan, Lebanon, the Palestinians and Germany, and it just as plainly excludes Iran, Iraq, Egypt, Libya and Ethiopia. (Request our free booklet of The King of the South to understand the specific details of this alliance.)

This prophecy indicates “a massive shift in alliances among the nations of the Middle East,” as Trumpet editor in chief Gerald Flurry wrote in his article “How the Syrian Crisis Will End.” Much of that prophesied realignment of Middle Eastern nations has already happened. Of those changes soon to occur, the most significant will transpire in Syria and Egypt—since Syria will be allied with the Saudis and Egypt will not.

As The King of the South shows, even the purpose of that alliance will change somewhat from what we see today.