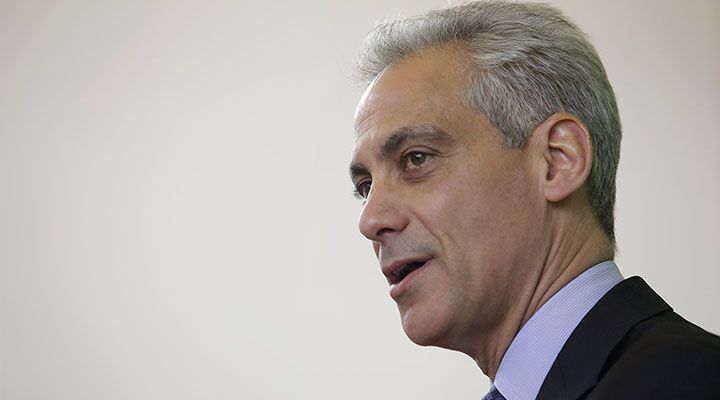 The downgrade affects over $8 billion worth of general obligation bonds, which were already the second-lowest rated among the 90 biggest American cities. Only Detroit debt is rated lower.

The heart of the problem facing the United States’ third-most populous city is a $30 billion pension and public schools underfunding crisis.

With the cut to junk status, investors can now demand $2.2 billion in accelerated payments and penalties, putting further pressure on Chicago finances.

Mayor Rahm Emanuel called the decision to cut Chicago’s credit rating irresponsible. But analysts say that if unsustainable benefits cannot be cut, Chicago’s tax base may not be able to handle the increased taxes needed to cover the liabilities. This means debts won’t get paid regardless of Supreme Court rulings.

Chicago currently has the second-highest property taxes of any major city in the U.S. Meanwhile, Illinois corporate tax rate is the fourth highest in the developed world. And it has the 12th highest combined state and average local sales taxes in America.

Moody’s still has its outlook for Chicago set at negative, which indicates the agency expects Chicago’s financial situation to deteriorate further.

Investors now worry about contagion. If it is unconstitutional for Illinois to modify pension benefits, other states may be viewed as a greater credit risk as well. This could push up the borrowing costs for many states struggling to balance budgets. For an economy dependent on debt financing to fuel growth, this is not good news. But neither is the alternative: pensioners forced to live on less—and consequently spend less—than promised. Expect more economic trouble ahead.