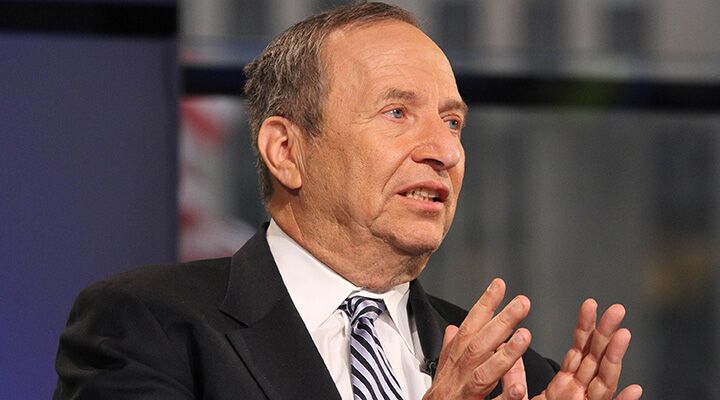 According to Summers, this is the biggest financial event since the United States led the world off the gold standard in 1971. Britain, Germany, Italy, Australia—and virtually every major U.S. ally—have joined the aiib in direct opposition to U.S. wishes. He wrote:

This past month may be remembered as the moment the United States lost its role as the underwriter of the global economic system. True, there have been any number of periods of frustration for the U.S. before, and times when American behavior was hardly multilateralist, such as the 1971 Nixon shock, ending the convertibility of the dollar into gold. But I can think of no event since Bretton Woods comparable to the combination of China’s effort to establish a major new institution and the failure of the U.S. to persuade dozens of its traditional allies, starting with Britain, to stay out of it.

This past month may be remembered as the moment the United States lost its role as the underwriter of the global economic system.
Former Treasury Secretary Larry Summers
But after correctly identifying the symptom (the world looking for an alternative to the U.S. dollar) and the cause (failed leadership)—Summers completely misdiagnoses the solution. (Read this article to understand the massive implications of China’s new international bank.)

The global economy has become characterized by repeating bubbles, each with increasing intensity and destruction. The last one in 2008 took the world to within hours of financial Armageddon.

Seven years later, almost every major country in the world is broke. They have spent and promised more than they can even hope to repay. Taken together, the world has spent trillions trying to repair broken economies. America, with its $18 trillion dollar federal debt and more than $60 trillion in liabilities, is by far the biggest offender.

Summers sees broken economies and realizes that to solve many of the world’s geopolitical problems, it must fix its economic ones.

His solution can be boiled down to this sentence: “In the future, the priority must be promoting investment, not imposing austerity.”

Promoting “investment” is code for spending. Since the world is broke and nearly every nation indebted—it really is code for deficit spending. Proponents like Summers believe you can borrow and spend your way to prosperity.

Conversely, “austerity” is a harsh sounding word used by economists to make the concept of living within your means sound bad. Austerity is the idea that you should balance your budget.

In other words, Summers’s solution to the world out of control is more of the exact policies that led to the problem in the first place. He argues that if we would just spend more, the social problems would abate and geopolitical pressures subside.

At best, Summers’s solution of increased borrowing and spending will postpone the coming greater depression. It has no chance of preventing it.

America has passed the point of no return.

Summers is a policy insider. His views reflect the establishment view ascribed to by the Federal Reserve. So don’t expect America’s leaders to change course. Expect more of the same.

And that means another bigger economic crash is guaranteed.

Summers’ views reflect the established view ascribed to by the Federal Reserve. So don’t expect America’s leaders to change course. Expect more of the same.
Meanwhile, the world is looking for an alternative economic system outside the U.S. dollar.

The dollar’s reserve currency status has given America many benefits. When economic trouble strikes, America is able to crank up the printing presses and flood the economy with dollars—and the world has little choice but to keep accepting them and using them. This lets America boost its economy without experiencing many of the negative consequences normally associated with “quantitative easing.” The rest of the world bears the burden. This has been called America’s “exorbitant privilege,” or as U.S. Treasury Secretary John Bowden Connally, Jr. famously told a group of European finance ministers, the dollar “is our currency, but it’s your problem.”

The world is looking for a solution to the dollar problem—even radical ones like embracing a Chinese state-owned international bank.

That says a lot about the state of the global economy and the level of dollar dislike in the world.