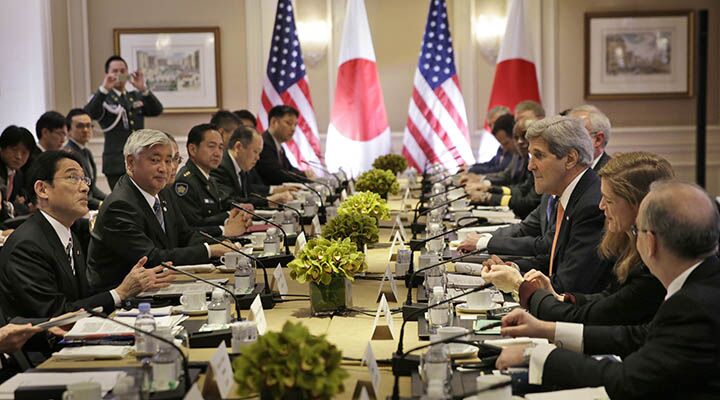 Japan took another step away from pacifism on April 27 when it unveiled new defense guidelines that expand the global reach of the Japanese military.

Under previous restrictions, Japanese forces were only allowed to assist United States forces if the U.S. was directly engaged in defending Japan and its vicinity. Those guidelines kept Japanese troops out of overseas conflicts for decades. Under the new guidelines, Japanese forces can deploy anywhere on Earth to help any friendly nation under attack.

Before and during World War ii, the Japanese military committed some of the worst brutality in history. In the immediate aftermath of that history, the United States occupied Japan and drafted its constitution to discourage military fanaticism. The new constitution banned war as a means for Japan to settle international disputes. Shortly after, the U.S. and Japan signed the Treaty of Mutual Cooperation and Security. This codified Japanese dependence on the U.S. for defense and authorized stationing U.S. troops near potential regional conflict zones in the region.

The historic new guidelines unravel the constitutional ban as well as the security agreement.

“The guidelines make it look as if the constitutional restrictions on Japan’s military operations and the legal framework of the Japan-U.S. Security Treaty have been consigned to oblivion,” wrote the Asia and Japan Watch on April 28. “This policy shift will eventually start influencing Japanese society and politics. This is a change of course that will cause Japan to veer off the path it has been following since the end of World War ii.”

Washington has given Japan’s new guidelines its full support, since U.S. leaders want Tokyo to shoulder some of the burden of stabilizing global conflicts—especially aggression from China and North Korea. But Japan’s recent wartime past, the reason Japan was forced into pacifism in the first place, makes that change of heart potentially deadly.

To understand more, read “Why the Trumpet Monitors Japan’s March Away From Pacifism Toward Militarism.”