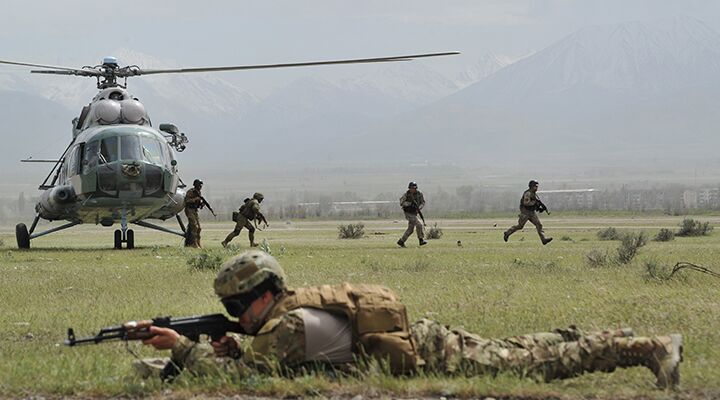 Russia and China will hold large-scale joint naval exercises next month, according to an April 18 report by Want China Times. The two nations also plan to increase the scale and standard of naval exercises. These are indications of the increasing cooperation between the two countries.

Russia’s Black Sea Fleet and the Chinese Navy will also perform joint military exercises. The event will include 15 other joint ventures, including tank force cooperation and scout and pilot displays.

On September 3, the navies of Russia and China will again undertake joint exercises during China’s 70th anniversary celebration of the end of the War Against Japanese Aggression.

Until recent years, joint military exercises between Russia and China were uncommon. Since 2005, the two have held numerous joint drills, causing many to consider the possible emergence of a military bloc that could eventually rival nato. Moscow and Beijing have also forged closer economic and military ties. Since Russia’s annexation of Crimea last spring, those ties have grown stronger.

As early as 1956, the Trumpet’s predecessor, the Plain Truth, accurately predicted that these two nations would form a dangerous partnership.

Herbert W. Armstrong, founder of the Plain Truth, warned the world about a coming Asian conglomerate that would push at Europe. “Plagues, terrible beyond description, shall fall upon this fascist European empire,” he wrote in 1956. “The sixth of these punishing plagues will be a military invasion of Europe by … forces from Russia and the Orient. By that time, the Red Armies of Russia, China and allies will number 200million!”

To learn more, read our booklet Russia and China in Prophecy.