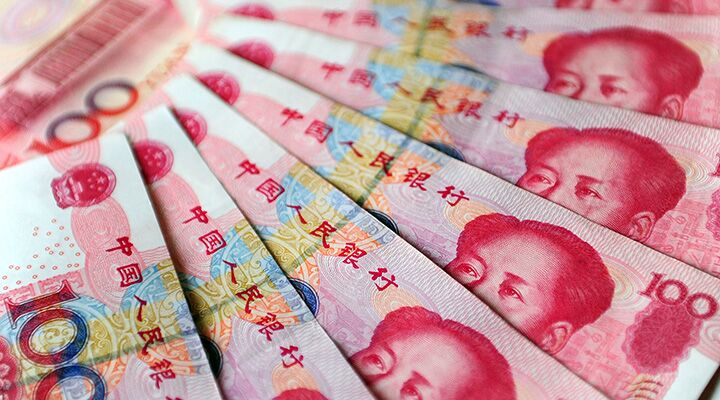 Is the dollar’s reserve currency status under threat from China’s new bank?

The term “blowback” was invented by the Central Intelligence Agency to describe the unintended results of American intervention abroad. In particular, it describes situations in which secret actions hidden from the public come back to punch you in the nose.

“The battle of wills between Beijing and Washington over a China-sponsored development bank for Asia is turning into a rout,” wrote the Washington Times. “The Obama administration has found itself isolated and embarrassed as its top allies lined up this week to join the proposed Asian Infrastructure Investment Bank.”

It was as if Britain blew a hole in a dam, and the rest of the world flooded through to flash crude gestures at America.

The story begins with a 2013 speech by the newly coronated Chinese leader Xi Jinping. He would spearhead the creation of a new international investment bank where nations could pool money to invest in the developing world. China would provide $50 billion worth of seed money and retain up to 50 percent ownership.

Xi Jinping did not hide the bank’s purpose. It would compete with the U.S.-dominated World Bank and Asian Development Bank. This was not a simple public relations effort aimed at its Asian neighbors. The New York Times later called it a “direct threat” to the post-World War ii financial system dominated by the U.S.

But few in Washington paid it much heed. Surely none of our allies would risk our displeasure.

Then a strange thing happened last year. Australia announced it would join with China to become a founding member of the bank.

America was shocked. Australia is one of America’s closest allies.

Then the United Kingdom dropped an economic bouncing bomb.

In a move that the Financial Times said even shocked the Chinese, British Chancellor of the Exchequer George Osborne said his nation would apply to join the aiib as a founding member.

The announcement caught Washington completely off guard. It was clear the U.S. had not been warned. A spokesman for the White House mumbled something about the UK being a sovereign nation and as such was free to make its own decisions.

And the dam burst.

Five days later, in a joint statement, Germany, France and Italy, the world’s fourth-, sixth- and eighth-largest economies, said they too would join China’s bank. Norway, Sweden, Finland, the Netherlands and Denmark filed for membership as well.

Even South Korea and Taiwan—two nations very dependent on America for geopolitical and military support—said they will join China’s bank.

Five days later, in a joint statement, Germany, France and Italy, the world’s fourth-, sixth- and eighth-largest economies, said they too would join the AIIB.
It was the week the world revolted.

Even Australia is indicating that it will probably join the aiib after all.

The saga “is turning into a diplomatic debacle for the U.S.” wrote Financial Times columnist Gideon Rachman. “By setting up and then losing a power struggle with China, Washington has sent an unintended signal about the drift of power and influence in the 21st century.”

But why has the world so dramatically spurned U.S. concerns?

According to the Australian, President Obama turned the World Bank into a tool to push his climate-change agenda. The bank was curtailing loans to developing nations to build coal-fired power plants, instead pushing them to buy more expensive types of power generation. Into the resultant climate of resentment, stepped China. According to this narrative, Europe and the rest of the world just jumped on the bandwagon to get a piece of the $50 billion pie, which has since increased to $100 billion, and which, due to the power of fractional reserve lending, will ultimately equate to more than $1 trillion worth of activity. China says it envisions $6 trillion worth of projects over the next few years.

But the World Bank has always been a political tool. And Europe and America’s other allies have resisted joining Chinese initiatives before.

So what happened? Blowback.

With Britain, it was blowback for a litany of slights since the dollar replaced the pound as the world’s reserve currency following World War ii. Think Suez crisis; supporting independence movements within the Commonwealth; forgiving German and Japanese war debts, but making Britain pay interest for 60 years; breaking the pound and forcing Britain out of the European Exchange Rate Mechanism; etc.

But especially, it is blowback from the cold shoulder President Obama gave Britain—starting practically from his first day in office.

It began with President Obama downgrading America’s “special relationship” with Britain to a “special partnership.” It continued when President Obama sent back the bust of Winston Churchill, which was given in symbolism of brotherhood. It became a trend when he began referring to the British-ruled Falkland Islands by the name Argentina uses, the Malvinas. Then there was President Obama’s royal visit to the UK in 2009. On that trip he presented Queen Elizabeth with an iPod which contained, among other things, music by American artists and video recordings of two of his speeches. The First Lady dispensed with protocol and hugged the Queen, though I’m sure Her Majesty didn’t mind.

Blowback has come from the cold shoulder President Obama gave Britain—starting practically from his first day in office.
When then-Prime Minister Gordon Brown came to America to show support for its new president, President Obama canceled the formal podium-to-podium, dual-flag-waving Rose Garden press conference normally reserved for state visits. In its place, he opted for an informal, low-key, 30-minute office chat attended by a few handpicked reporters. Mr. Brown gave President Obama a penholder carved from the timber of an anti-slave ship. President Obama gave Mr. Brown a dvd box-set of American movies and a hurried escort to the door.

The Daily Telegraph boiled: “We get the point. … We’re just one of many allies and you want fancy new friends. Well, the next time you need something doing, something which impinges on your national security, then try calling the French, or the Japanese, or best of all the Germans” (emphasis added).

But while the blowback from Britain might have been personal, it was more about business for America’s other allies.

The United States dominates the global financial system. And the dollar is the world’s reserve currency.

Whether it is trading oil, purchasing a boatload of wheat, financing the construction of a mine in Burkina Faso, or buying an Airbus 380, you need dollars—and you need to use the U.S. interbank payment system.

This massive global need for dollars gives Americans special privileges and enormous power. It lets Americans borrow money at lower rates than their Asian and European counterparts. It subsidizes their standard of living. It allows politicians to hand out generous social welfare packages, and it gives American corporations an important one-up on their foreign competitors.

Geopolitically, America’s economic dominance means it can force nations to comply with its will, or as countries like Iran and North Korea have experienced, revert back to bartering to buy and sell products internationally.

“But after years of endless wars, spying, debt, money printing, bailouts and insane regulations, the rest of the world has had enough,” writes Simon Black, author of the Sovereign Man economic blog. “And they’re looking for an alternative.”

Not coincidentally, as Simon Black brings out, the soon-to-be-live Chinese International Payment System will provide a way for investors and businesses to transfer funds without having to use the U.S. banking system. Or the U.S. dollar.

The global embrace of the aiib is a massive coup for China. It is a huge step toward making the yuan a reserve currency.

And it is a sign that although the U.S. dollar appears strong right now, its long-term fundamentals are fracturing. And with it, American power and prosperity.

You can envision the grins.

America wasn’t smiling though. Blowback hurts—like a smack to the face. And sometimes, like a knife in the heart.