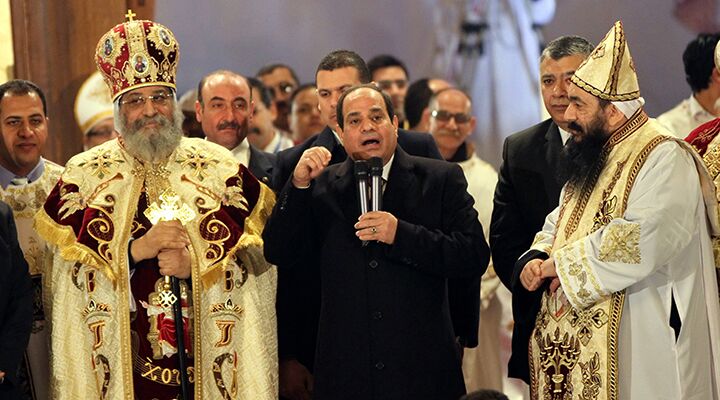 The peace treaty between Israel and Egypt brokered by the United States in the late 1970s provided a bedrock for Middle East stability that has lasted for 40 years. For four decades, every American administration maintained that peace by supporting both Egypt and Israel. However, the current U.S. government has neglected, scorned and sidelined both nations. Washington’s debasement of Israel is well documented, but its treatment of Egypt under the leadership of Abdel Fattah al-Sisi has been similar: shameful neglect of a longtime ally.

This rough treatment is astounding considering the fact that not since Egyptian President Anwar Sadat’s assassination in 1981 has there been a closer alignment between Egypt’s interests and the traditional interests of the U.S. But that’s the point: This American administration is anything but traditional.

Here is a look at a few of Sisi’s exploits that would have made any previous American administration eager to work with him.

These policies would have made any former U.S. government willing to team up with Egypt under Sisi. However, the current administration, citing Sisi’s “human rights abuses,” has done nothing to strengthen ties, and even held back much-needed military aid. In contrast, when the Islamist Muslim Brotherhood took power in 2012, American financial support for Egypt continued to flow. Also, undermining Sisi’s rule, President Obama recently hosted the Muslim Brotherhood at the White House. “The United States is squeezing [Egypt’s] government on the military aid it needs to fight [the Islamic State] and the Sinai terrorists,” wrote Jonathan Tobin for Commentary (March 12). “As the Israeli government has already learned to its sorrow, the Egyptians now understand that being an ally of the United States is a lot less comfortable position than to be a foe like Iran.”