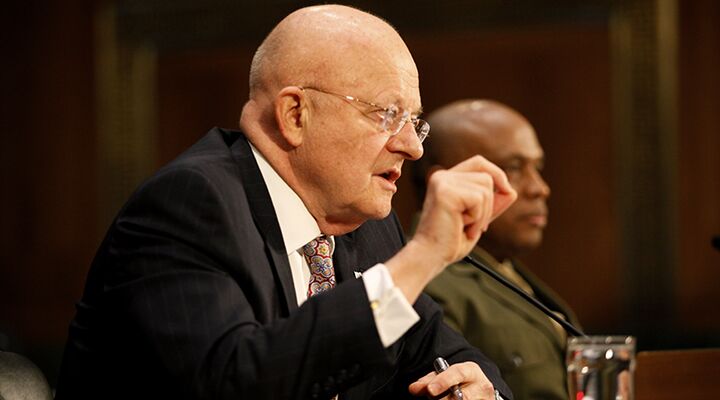 The reason is dumbfounding.

No United States government official or agency has ever publicly stated that Iran and Hezbollah are not threats to the United States—for good reason. The Office of the Director of National Intelligence (odni)—the principal administrator of the 17-member U.S. Intelligence Community, which includes the State Department, the Defense Intelligence Agency, the Department of Homeland Security, the National Security Agency, the Central Intelligence Agency and the Federal Bureau of Investigation—has, for example, always said that Iran and Hezbollah posed threats to the U.S.

The odni, however, made controversial headlines about what it chose not to say about Iran and Hezbollah in its February 26 “Statement for the Record Worldwide Threat Assessment of the U.S. Intelligence Community.”

All the directors of National Intelligence, from Bush-nominated John Negroponte (2005-2007) and J. Michael McConnell (2007-2008), to Obama-nominated Dennis Blair (2009-2010) and James Clapper (2010-present), have said that Iran and Hezbollah are threats to the United States. Clapper’s annual reports from 2011 to 2014 condemned Iran in the reports’ “Terrorism” sections. Hezbollah was also included in that section in Clapper’s 2014 report. However, both Iran and Hezbollah are conspicuously absent from the “Terrorism” section of this year’s threat assessment report.

To be fair to the odni, Iran is mentioned unfavorably in other sections of the report: cyberthreats, counterintelligence, weapons of mass destruction and proliferation, and Middle East regional threats.

Speaking on behalf of the odni to refute accusations that the report was manipulated by the Obama administration, Brian Hale said, “Hezbollah and Iran are still a threat, and on balance, when you look at everything that’s been put forward … I think it’s clear that there’s been no change at all, other than someone decided internally Hey, let’s move some stuff from terrorism to Iran.”

That explanation is woefully inadequate.

Even though the report has a lot of negative assessments of Iran, it has some uncharacteristically positive comments. It mentions how Iraq’s military, Peshmerga fighters and Shiite militants—“bolstered by air and artillery strikes, weapons and advice from the United States, Arab and Western allies, and Iran—have prevented [the Islamic State] from gaining large swaths of additional territory” (emphasis added throughout).

The main terrorist threat discussed in the report is the Islamic State!

Israeli think tank Meir Amit Intelligence and Terrorism Information Center believes that the weakening of Iran’s threat assessment “results from a combination of diplomatic interests (the United States’ talks with Iran about a nuclear deal) with the idea that Iran could assist in the battle against the Islamic State in Syria and Iraq, and maybe even in the battle against jihadist terrorism in other countries.” After all, Iran’s Quds Force commander, Qassem Suleimani, who reports only to supreme leader Ayatollah Ali Khamenei, is deeply entrenched in Iraq and directing nearly all Shiite militants in Iraq.

Council of Foreign Relations member Max Abrahms observed: “I think that we are looking at a quid pro quo, where Iran helps us with counterterrorism and we facilitate their nuclear ambitions and cut down on our labelling of them as terrorists.” He added, “The world has changed. The Sunni threat has gotten worse, the Islamic State is a greater danger than al Qaeda ever was, and the Iranians have really come up big in terms of helping us out in combating the Islamic State.”

Abrahms assessment is similar to that of United States Army Gen. Jack Keane (Ret.), who declared that “[the Islamic State] is now the new face of radical Islam.”

However, the Trumpet strongly disagrees, as editor in chief Gerald Flurry said in his February 28 Key of David program: “The face of radical Islam is still Iran many times over.”

Iran is the real face of radical Islam primarily because, as the same 2015 threat assessment report noted:

Iran’s overarching strategic goals of enhancing its security, prestige, and regional influence have led it to pursue capabilities to meet its civilian goals and give it the ability to build missile-deliverable nuclear weapons, if it chooses to do so. We do not know whether Iran will eventually decide to build nuclear weapons.We also continue to assess that Iran does not face any insurmountable technical barriers to producing a nuclear weapon, making Iran’s political will the central issue.

Even though odni spokesman Brian Hale said that “Hezbollah and Iran are still a threat,” James Clapper’s 2015 report mentions Iran’s Lebanon-based terrorist proxy, Hezbollah, only once—as a victim of “terrorist groups, including the al-Nusrah Front and [the Islamic State].”

It’s not a small thing to completely omit that Hezbollah, is an instrument of “Iran’s foreign policy and its ability to project power in Iraq, Syria and beyond,” as the Defense Intelligence Agency reported on the same day the odni produced its assessment.

Hezbollah, as think tank Stratfor noted, “is far more than a mere terrorist group. Hezbollah is an influential political party with a strong, well-equipped militia that is more powerful than the army in Lebanon.” It explained that Hezbollah “also operates an extensive network of social service providers in Lebanon and an international finance and logistics network that supports the organization through a global array of legitimate and illicit enterprises.”

Hezbollah also has a robust human-trafficking network in Latin America and the United States.

Hezbollah has never apologized or repented of its actions, yet it was not mentioned in any negative light in the odni report. Hezbollah has deluded and eluded security authorities across the globe to the extent that it took Europe 30 years to decide that the terrorist organization was indeed a terrorist organization. Still, some of these same nations only apply that designation to Hezbollah’s military wing—but not its political wing—a wing Hezbollah itself does not claim to have.

In our article “The World’s Newest Most Radical ‘State,’” we noted that the Islamic State “is the best thing to happen to Iran-U.S. relations in years.” We said that because Iranian officials have publicly stated that they believe the crisis in Iraq should make regional and global powers more accepting of Tehran’s nuclear ambitions.

Today, we see the United States changing its tone toward Iran and Hezbollah, legitimizing Hezbollah, desperately negotiating a nuclear deal with Iran, and forsaking Israel—its most loyal ally in the Middle East—in the process.

The U.S.’s move to declassify Iran and Hezbollah as terrorist threats will only lead to more terror.