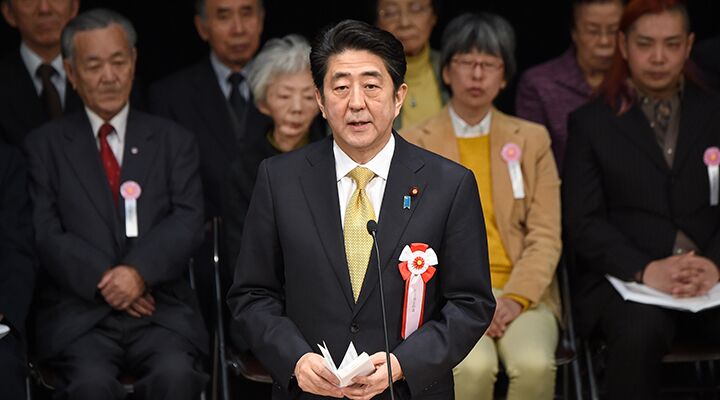 Several of Asia’s ongoing territorial disputes are relics of World War II, but in one part of the region, the war technically never came to an end.

For seven decades, relations between Russia and Japan have suffered due to a dispute over the status of an island chain off Japan’s north coast, known in Japan as the Northern Territories, and in Russia as the Southern Kurils. The dispute has prevented Moscow and Tokyo from signing a postwar peace treaty (though the two sides did sign a Joint Declaration in 1956, which ended the “state of war”).

But on February 7, Japanese Prime Minister Shinzo Abe pledged to resolve the argument and to sign a peace treaty that will finally bring a formal end to all aspects of World War ii for Russia and Japan.

“As I have agreed with [Russian President Vladimir] Putin, it is abnormal that Japan and Russia have not concluded a peace treaty,” Abe said at a meeting in Tokyo. “I am determined to continue working tenaciously on this issue … concluding a peace treaty with Russia.”

Officially, Japan is still dependent on the United States for its national security. But Tokyo sees that in recent years the American security blanket has become like a moth-eaten coat: robust in appearance but of compromised integrity. Abe appears to be working to knit a Japan-Russia alliance before someone applies pressure on that U.S. blanket and fully exposes its tattered condition to the world.

For more on this trend, read “Don’t Worry, Putin, Asia Has Your Back.”