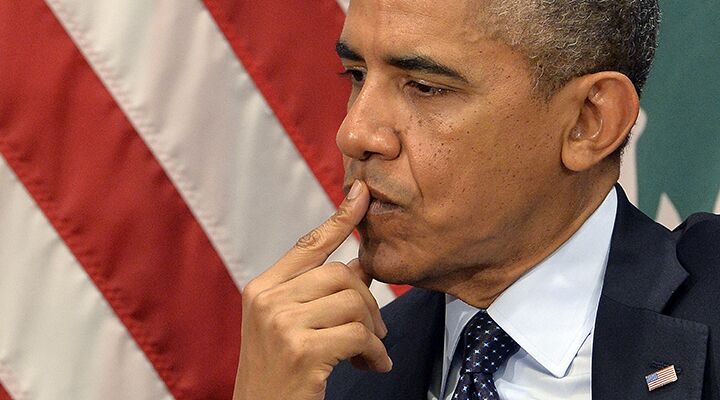 American Muslim leaders met privately with United States President Barack Obama at the White House last week. President Obama entertained the 14 leaders for more than an hour behind closed doors. The president initially refused to report who the Muslim leaders were. When the list finally came out, it was apparent why he did not want to release the names.

A couple of those hosted by the president have very checkered pasts and disturbingly close ties to the Muslim Brotherhood (MB). One of the individuals, Azhar Azeez, is president of the Islamic Society for North America (isna) and founder of the Council on American Islamic Relations (cair). isna was founded by the Muslim Brotherhood in 1981, while cair is known to have sponsored Palestinian terrorist groups. The fbi lists cair as a front for Hamas (a terrorist organization in Israel).

The Muslim Public Affairs Council (mpac) was also represented at the White House. mpac is another organization founded by the Muslim Brotherhood. mpac is lobbying hard to have Hamas and Hezbollah removed from America’s list of terrorist organizations. Conversely mpac is pushing to have the state of Israel put on that list.

Why is America’s commander in chief hosting such individuals? Why does he make time to host terrorists, yet refuse to meet with Israeli Prime Minister Benjamin Netanyahu?

The president’s private meeting came hot on the heels of the State Department’s meeting with representatives from the MB. Included in the delegation were two of the top representatives within the Egyptian Muslim Brotherhood. The MB is considered a terrorist organization by our Egyptian allies. Egyptian Foreign Minister Sameh Shoukry stated, “The Muslim Brotherhood is not a political party, but according to the Egyptian law, which must be respected, it is designated as a terrorist organization.”

The White House refutes this claim: “We have not seen credible evidence that the Muslim Brotherhood has renounced its decades-long commitment to non-violence.” Meanwhile, interpol has issued arrest warrants for 40 senior Muslim Brotherhood figures.

“These are the people that want to kill the current [Egyptian] president,” observed Eric Trager, an expert on Egyptian politics at the Washington Institute for Near East Policy. “[I]t’s just not good diplomacy to meet with a group that wants to do that when we’re also trying to have a good relationship with our allies in Egypt.”

Just days after their State Department meeting, the MB called for martyrdom and a “long, uncompromising jihad”:

And prepare against them whatever you are able of power and of steeds of war, by which you may terrify the enemy of God and your enemy, and others besides them whom you do not know but whom Allah knows. And whatever you spend in the cause of God will be fully repaid to you, and you will not be wronged. …It is incumbent upon everyone to be aware that we are in the process of a new phase, where we summon what is latent in our strength, where we recall the meanings of jihad and prepare ourselves, our wives, our sons, our daughters, and whoever marched on our path to a long, uncompromising jihad, and during this stage we ask for martyrdom.

This call for jihad was published on the Muslim Brotherhood’s Arabic website. On its English site, the MB released a statement calling for non-violent means of returning to power in Egypt.

The recent meetings with MB representatives or affiliated leaders is a slap at both Israel and Egypt. Israel may have little choice but to try and mend ties with America, but what about Egypt? It’s looking to another rising power. Russian President Vladimir Putin landed in Egypt Monday and has already signed agreements paving the way for the construction of a nuclear power plant.