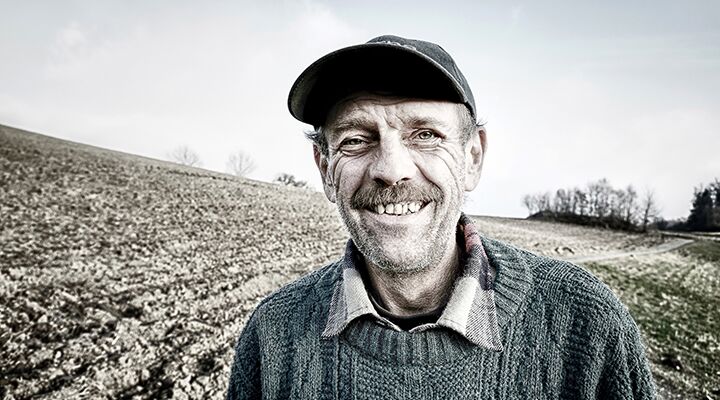 Compassion for the poor is a driving political issue. Politicians count on winning votes by appealing to voters’ desire to end poverty—their own or that of others. And who doesn’t want to end this scourge?

Everyone wants to, but no one has done it. Governments have enacted enormous welfare programs to try to feed, clothe, shelter, educate and transport their citizens and even to put cell phones in their hands. In the United States, for example, the welfare state has grown to consume nearly a third of the government’s annual budget. In 1965, President Lyndon Johnson launched a massive spending program to eradicate poverty in the world’s richest nation. But the program didn’t defeat poverty. Instead, it created welfare dependency, laziness and opportunity for fraud.

The American households in the bottom 20 percent of income tell us how the war on poverty is going. In 1960, nearly two thirds of these heads of households worked. But by 1991, only one third of them worked, and only 11 percent worked full-time, year-round.

This helps explain why 45 million Americans (14.5 percent) are still living below the poverty line. That’s down from 19 percent in 1964, but still far from the goal of zero.

What did it cost to reduce the poverty rate by 5.5 percent in the U.S.? The U.S. spends about $1 trillion a year on close to 200 federal and state welfare programs. Based on Census Bureau data, that amounts to $16,800 per person in poverty, or over $50,000 for a family of three. In other words, America spends enough in cash to buy every poor person out of poverty!

But openly taking cash from hard-working people and handing it to their neighbors would only create a cycle of dependence and laziness. And modern welfare programs are basically one step removed from that—while adding in a few layers of well-paid government bureaucracy and administration. Even non-government-sponsored welfare programs such as Christian charities can feed this cycle of dependency. Though the generosity is admirable, programs and charities that focus only on the effects are feeding the very problem they’re trying to eliminate.

The U.S. is far from being alone in its misguided welfare system. The United Kingdom spends 23 percent of its budget on welfare. On average, the European Union spends a third of its gdp on welfare. The results? The EU poverty rate is 16.4 percent, slightly higher than the rate in the U.S.

God has tremendous compassion for the poor. He created a detailed and complete welfare system to help those who are needy. It doesn’t just get you through the month, it gets you back on your feet, back into work, back into productivity and back into an honorable and respectable role in society. He revealed this system when He directly governed the ancient nation of Israel, and its wisdom still holds true today.

God’s welfare laws contrast starkly against those used by our national governments. Most today ignore His laws; many claim them to be unjust, primitive and harsh. But an honest and deeper look shows otherwise. This system reveals fundamental flaws in how human beings concoct welfare apart from God’s perfect wisdom. It’s a program that works.

If You Want to Eat …

Today’s welfare recipients get checks and subsidies in their mailboxes. But God’s welfare program encourages the poor to work. The Apostle Paul wrote that “if any would not work, neither should he eat” (2 Thessalonians 3:10). This principle is demonstrated in God’s instruction to a poor person on how to attain what he needs.

Read God’s command in Deuteronomy 23:24-25. God’s law stipulates that a needy individual is legally permitted to eat his fill in any of his neighbor’s vineyards or fields. He can’t harvest anything to take home, but he can eat enough to fill his empty belly. This provided for Israel’s poor—without any government subsidies or welfare programs.

This principle constantly reminded those of means to keep the poor in mind. God told property-owning Israelites to leave the corners of the field alone; to leave the ears that fell to the ground while reaping; to leave the imperfect fruits or clusters. These were for the poor and the foreigners who couldn’t possess land in Israel. Thus, every time the Israelites reaped their fields, they had to remember their responsibility to the poor (Leviticus 19:9-10).

God doesn’t command that we set up soup kitchens, give handouts or issue unemployment checks. He commands the poor to get out and work. If you want a meal, you are welcome to it—but you have to go into the field and pick it yourself.

Modern welfare laws break this law. They take the responsibility away from the neighbor and place it on a vote-hungry government that uses taxation and debt to put—and keep—people on government paychecks, vouchers and subsidies. These policies encourage laziness, welfare dependency and fraud (article, page 11).

Common sense says you get what you pay for. If you subsidize law-breaking, you will end up with more law-breaking. Man’s welfare legislation falls into this trap by rewarding the poor for breaking God’s other laws—on sexual morality, for example. Young men fornicate and procreate without taking responsibility for providing for, loving or even knowing their children. Young women are now financially motivated to bear illegitimate children because they know the state will send checks to take care of them. Unsurprisingly, single mothers are among the biggest recipients of welfare.

Helping Those in Need

Debt is often what makes poverty absolutely crushing. Here is God’s simple solution to this problem: zero-interest loans. “If thou lend money to any of my people that is poor by thee, thou shalt not be to him as an usurer, neither shalt thou lay upon him usury” (Exodus 22:25).

In man’s system, debt is big business. Banks give loans primarily to benefit the bank. In God’s system, loans exist to benefit the poor. No one makes money off someone else’s debt. Loans are a form of welfare. God wants people to lend to the needy not to profit from them, but to help them.

In God’s system, you cannot earn interest on money you are not using. So you might as well use that extra money to give out small, interest-free loans to those in need. “A culture which has interest-bearing loans encourages a selfish spirit and encourages the hoarding of money where we can make more money from interest. … [A] culture which has zero-interest loans encourages generosity to the poor and a giving spirit” (David James King, Creating a Nation Under God).

God’s welfare system also includes a safety net to help those who have fallen into poverty get back on their feet. The law in Leviticus 25:35-38 says that if a brother or even a stranger or sojourner “becomes poor, and falls into poverty,” then he should be relieved, maintained and strengthened (New King James Version). The law gives two ways to do so: First is the no-interest loan; second is the provision that the poor can buy food “at cost.” God’s law forbids making a profit from selling food to the poor. These laws do much to put a poor person on the road to quick recovery.

In God’s system, children—not the government or a welfare program—are responsible for caring for their aging parents. Read, for example, the Apostle Paul’s discussion about widows in 1 Timothy 5:1-16. A woman’s family members—not the church or the government—are responsible before God to provide for her. “If any one does not provide for his relatives, and especially for his own family, he has disowned the faith and is worse than an unbeliever” (verse 8; Revised Standard Version). Widows without family support are given extra legal protection if they need to borrow money. God commanded His nation to give special attention to the widow and forbade people from taking advantage of her (e.g. Exodus 22:22-24; Deuteronomy 24:17; 27:19).

What would happen if we kept God’s welfare laws? Look at God’s promise to the landowner who follows His command in Deuteronomy 24:19: “When thou cuttest down thine harvest in thy field, and hast forgot a sheaf in the field, thou shalt not go again to fetch it: it shall be for the stranger, for the fatherless, and for the widow: that the Lord thy God may bless thee in all the work of thine hands.”

We tend to think that the more we hold on to for ourselves, the more we’ll have. But God says it is always more blessed to give than to receive. If you live the way of give, you’re setting a spiritual dynamic in motion that will produce more blessings and prosperity. As Solomon wrote, “He that giveth unto the poor shall not lack” and that the “liberal soul shall be made fat: and he that watereth shall be watered also himself” (Proverbs 28:27; 11:25).

Notice the reason God gave for all these acts of generosity and benevolence in Deuteronomy 24:22. This law aims to build compassion in us. God told Israel to remember the agonies of their captivity—so they would have compassion toward those who remain in captivity. God wants us to remember our own trials so we have more empathy for others in trial.

These commands show that it is wrong to spend every last cent we earn on ourselves. God wants us to think about the poor. Christ said the poor would always be among us, and would need help. Keeping these laws helps our society in three ways:

1) It teaches us to love our neighbor as ourselves. We must not overlook the person who is in want, or say, Too bad for them, or, I’ll leave their care to the federal government. We treat them the way we would want to be treated if we fell on hard times.

2) It keeps the burden of welfare off the state. Notice that none of these welfare laws involve the government. They help the poor without requiring a single penny in taxes for a federal program.

3) It binds the nation closer together. In God’s system, welfare doesn’t funnel through a faceless bureaucracy. God’s way forms bonds between the people who give the charity and those who receive it. This benefits both parties.

Think about all of these specific, practical ways God laid down for His nation to care for the poor in its midst. This is a welfare program that works! These laws alone do not eliminate all poverty, but they eliminate much of it, along with the worst of its oppressive nature. They prevent the poor from slipping through the cracks in society.

Also, consider that the government had absolutely no part in any of those laws. In God’s system, the people themselves take care of their poor! And that creates a much healthier situation—for the poor, and the people, and the government!

Thankfully, this is a system you will have the opportunity to see implemented! God promises to reestablish His government and laws on Earth—not just within a single nation, but worldwide. The resulting civilization that is built on His moral, religious, civil and even economic laws will be blessed and prosperous—and will ultimately win the war on poverty! To learn more about that fantastic world, soon to come, request a free copy of The Wonderful World Tomorrow—What It Will Be Like.