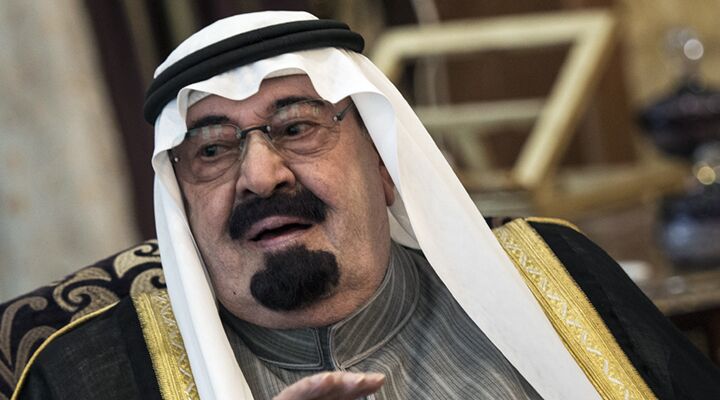 Saudi Arabia’s King Abdullah bin Abdulaziz al Saud died on January 23 at the age of 90. Abdullah had been the de facto ruler of the nation since 1995 after King Fahd suffered a debilitating stroke; he was made king when Fahd died in August 2005.

Some Shiite Muslims have long believed, based on Islamic prophecies, that Abdullah’s death would set off a chain of events that would destabilize Saudi Arabia and culminate in the rise of Imam Mahdi—the messianic figure of Islamic eschatology.

Though Mahdi is not explicitly mentioned in the Koran, references to him appear in the hadith, a collection of reported teachings by the Prophet Mohammed, assembled after his death.

[A] man named Abdullah comes to the power. Whoever informs me of his death, I will inform him of the rise [of Mahdi].
Mohammed, the Prophet of Islam
The most populous group of Shiites—the Twelvers—say the Mahdi is the last of 12 divine imams that are heirs to an Islamic nation. Mahdi is said to have been born in the mid-9th century, but to have then disappeared from humanity. Doctrine says he will reappear in “the end times.”

One hadith quotes Mohammed discussing when that reappearance would be: “On doomsday, a man who is carrying the name of an animal ascends to the throne, after which a man named Abdullah comes to the power. Whoever informs me of his death, I will inform him of the rise [of Mahdi]. After Abdullah passes away, for several days and months, the government will appear” (Ghaybat Al-Tusi).

Abdullah’s predecessor, King Fahd, is said to have carried “the name of an animal” since one meaning of Fahd is related to the word “cheetah.” That would leave King Abdullah as the ruler that reigns before Mahdi.

Though this Islamic prophecy itself is nonsensical, belief in it by many zealous Shiites is potentially significant.

Though this Islamic prophecy is nonsensical, belief in it by many zealous Shiites is potentially very significant.
Twelvers say Mahdi will only reappear during a time of global calamity and chaos. During an apocalyptic time of war, he will reappear in order to bring justice to the world—by converting all people to Shia Islam. Chaos, they say, is a prerequisite to Madhi’s return, and many believe that by stirring up chaos, they can hasten the return of their messianic figure.

As Joel Rosenberg, former aide to Israeli prime minister Benjamin Netanyahu, said, “[I]n order to bring about this Islamic messiah, the Mahdi, the 12th imam, Islamic leaders need to hasten his coming by destroying little Satan, Israel, and the great Satan, the United States. … [T]he leaders actually believe they need to create bloody carnage, the death of millions of people in order to create the conditions for the Mahdi to bring peace.”

Most Twelvers are in Iran. The cia World Factbook says 90 to 95 percent of Iran’s 81 million people identify as Shiite, and around 85 percent of those adhere to Twelver Shiism. Ayatollah Ruhollah Khomeini, the patriarch of Iran’s Islamic Revolution, was a Twelver, as is Ayatollah Ali Khamenei, the current supreme leader. In 2012, Khamenei told the people of Iran: “We must prepare for the coming. Since we consider ourselves the warriors of the 12th imam, we must fight. Under the leadership of God, and with his invisible Power, we will restore the glory of Islamic Civilization.”

Meanwhile, Iran’s centerfuges are spinning as the nation steadily works toward the development of a nuclear arsenal.

Could some Shiites who believe that the death of King Abdullah is a trigger to the return of Mahdi now be more motivated to stir up chaos? Could they now have renewed impetus to “pave the way” for their messiah’s return? Should the United States continue sitting idly by as Iran works toward the development of nuclear weapons?

Since many Shiites are deeply, even fanatically, sincere in their beliefs, these are questions worth considering.