By Grant Turgeon and Philip Nice 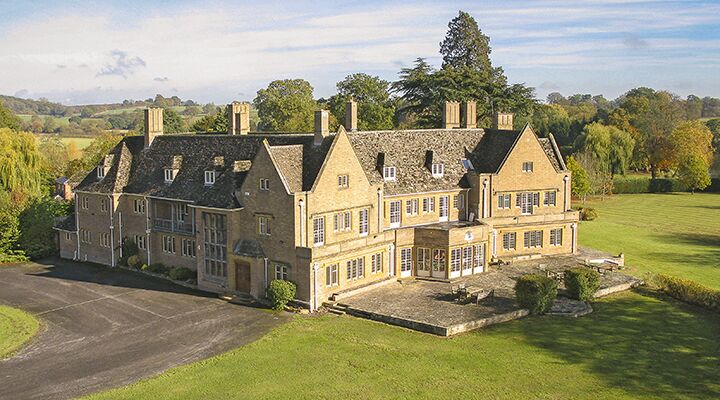 By Grant Turgeon and Philip Nice

You can sum up the mission of the Trumpet and the work behind it in one phrase: “the largest audience possible.” That was the battle cry editor in chief Gerald Flurry gave to the Philadelphia Church of God nearly two decades ago, and it still rings throughout everything this work does.

Through the Trumpet, the Key of David program, the Trumpet Daily webcast, pcog.org, Armstrong Auditorium, a concert series, a Jerusalem archaeological project, Herbert W. Armstrong College, Imperial Academy and other initiatives, the pcg lives not just to study and enjoy the way of life revealed in the Bible, but to broadcast it to the largest audience possible.

The headquarters of this work is in Edmond, Oklahoma. But the message of the pcg and of the Trumpet is universal. It’s a dynamic, exciting, fulfilling, biblical way of life that shines brightly against the darkness that is swallowing this world. That is why the Trumpet has subscribers in 129 countries and the pcg has members in 51 countries, from Fiji to India to Zimbabwe to Chile to Austria to England.

But God always pushes His work to do more, to aim higher—to reach the largest audience possible.

So far, the work has not accomplished that mission in Britain. God devotes dozens of Bible prophecies to Britain. The British people’s true identity literally proves God to be real, the Bible to be true, and prophecy to be alive today. It is a people descended from Abraham that God commissions His work to warn and to teach. But for decades, the work in these isles has been small.

Now, that is about to change. On November 12, the pcg officially acquired a new base of operations in England that will transform the pcg’s work in the United Kingdom and Europe.

The new regional office is called Edstone, a property in the middle of the English countryside about 4 miles north of Stratford-upon-Avon, in Warwickshire.

Edstone Hall, a 24,000-square-foot mansion, contains more than 50 rooms. Built in 1939 in the art deco style, the building has an oak double-door entrance into a stained glass vestibule, stone mullion windows, stone fireplaces, balconies, a 5,500-square-foot Georgian cellar, a Cotswold stone roof and a detached garage.

The estate, which has existed since circa a.d. 730, has 22 acres of potential. It includes meadows, pastures and woodland including mature oak and beech trees, walking paths, gardens and a cedar of Lebanon; it overlooks a large pond. The property also includes planning permissions for a 10,000-square-foot additional building, and an indoor swimming pool and a leisure complex.

“Edstone is ideal for the pcg—a perfect combination of majesty and functionality,” Trumpet writer and European regional director Brad Macdonald said. “It’s dignified and impressive, yet practical and sensible.”

Our regional office staff has already relocated all the Church’s operations for the United Kingdom and Europe from its 900-square-foot facility in the Northampton city center to approximately 5,000 square feet in Edstone Hall devoted to office space. Retrofitting and renovating has proceeded apace since November.

The Edstone manor house also opens the door to a second campus for Herbert W. Armstrong College students, starting with about a dozen students. In addition to taking classes (through online connections to the campus in Edmond, Oklahoma), they will serve part-time alongside our regional office staff.

This building and these grounds now serve as the regional base of operations for publishing and broadcasting a message that reaches homes all over the isles and far beyond. Like little England transforming into Great Britain, this little work is on the cusp of multiplying in size and scope.

A Message for Britain

Britain has a glorious history. Traces of its legacy are imprinted on nations around the world. Yet the state of Britain today is far from glorious: drunken young people stumbling down London’s sidewalks; overwhelming immigration problems; a kingdom voting on whether to dismember itself; continual bickering between political parties; broken families, a failing educational system, and lack of leadership. It’s an objective fact that Britain needs hope.

You can find a glimpse of that hope in Edstone.

As unlikely as it may seem, the hope for Britain starts here on this little campus filled with people who are proving God’s truth day in and day out, who are sharing the Bible’s prophecies, who are broadcasting a way of life that everyone can benefit from.

The place is Edstone. The guidebook is the Bible. And the mission is the largest audience possible.